Soon after updating or installing Windows 10, a bug can appear in the form of start menu applications getting underlined. Along with this, the tiles for these applications also get greyed out. The applications can include (but are not limited to): Calendar, TV and film, Camera, Maps and Photos etc.

This issue can be caused by some Windows 10 store related nuances. When you update, some of the applications fail to get installed/updated properly and hence the issue can arise. We will be sharing an extensive guide on how you can solve this issue once and for all. Follow these steps:

Press the Windows key + X to invoke the menu above the start button. Select Command Prompt (Admin) from the list. 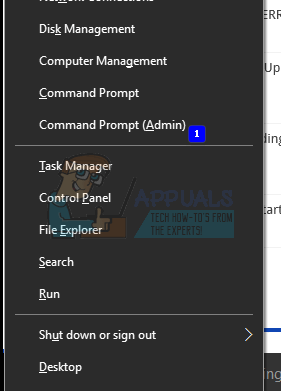 When the terminal appears, enter the following command and press ENTER to fix any issues with your Store app:

After the command has been executed, and has finished processing Restart your computer. After the restart, go back to command prompt and type “wsreset.exe” in the terminal and press enter. This should reset the store.

Launch the store application now. At this stage, it should update all the applications that were stuck in limbo (Were greyed out).

If some applications still didn’t get updated, we will have to update them manually. To do so, perform the following steps.

Firstly we will have to uninstall the installed applications that are not updating. Follow step 1 and 2 to open the command prompt again. Then, run this command:

This should generate a file named “appslist.txt” in your C:\ directory.

Open the file. Now suppose you want to uninstall the camera To do so, press Ctrl + F and in the search bar, type “camera”. Press enter.

You should find an app that is named “WindowsCamera”. A few lines under that, you should see a field by the name “PackageFamilyName”. 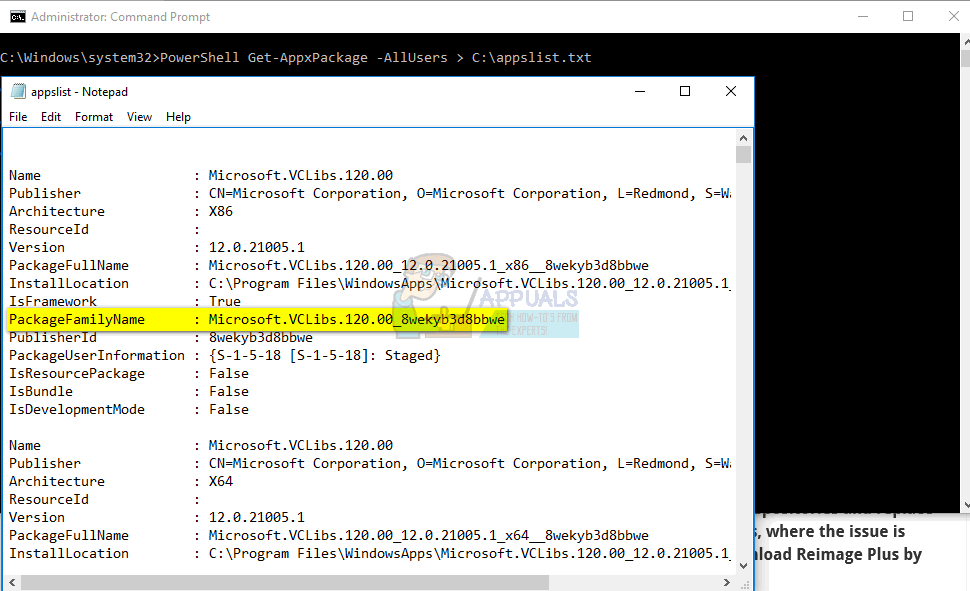 Copy the value present in front of it and paste it in place of “[here]” in the following command:

Repeat steps above for as many apps as you want uninstalled.

Now we will be installing the applications. Once again, we take the example of the camera application. To install, replace the “[here]” in the command below by the name of the application (not the package name this time):

You can find the name by repeating Steps above, if you don’t know it already. After plugging the app name in, the command should look something like:

Get back to the command prompt, paste the command above in the terminal and press Enter. This should install the camera application.

Repeat steps for as many applications as you have to.

Restart your computer. Your applications should not be stuck in limbo anymore!

FIX: Apps are Greyed Out and Underlined on Windows 10