MIUI is a stock and aftermarket firmware for smartphones and tablet computers developed by Xiaomi. With the exception of Xiaomi’s Android One devices, all of their devices are run on MIUI. Last year we saw MIUI 10 slowly making its way onto Xiaomi devices. Now they have started the development of MIUI 11.

Liu Ming, who is the head of the product planning department officially launched the MIUI 11 preparations at the  Xiaomi MIUI Core Experience Annual Meeting. MIUI 11 is currently in the research and development phase, where new features will be chalked out, tested, and eventually rolled out to several Xiaomi phone users. 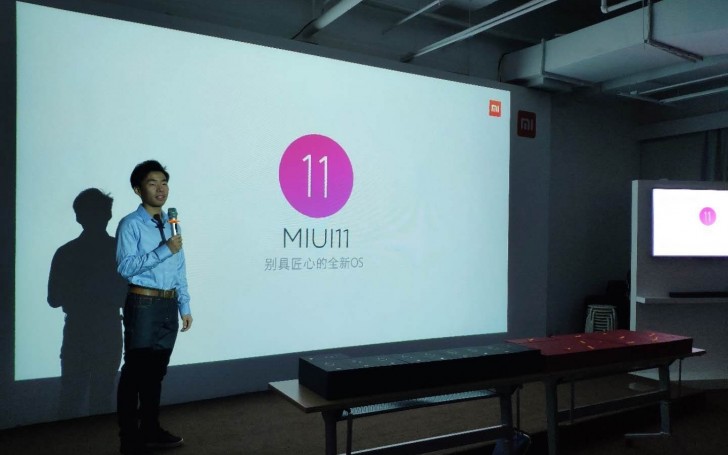 Based on the slides at the event, MIUI 11 was called a “new and unique” OS. MIUI 9 was designed to be extremely fast, while MIUI 10 was based around AI and a full-screen experience. It will be interesting to see what MIUI will look like as there are reports suggesting a new refreshing look with many ‘ humanized functions‘.

No actual specs for the software were discussed. but the company did showcase some stats. Like MIUI 10 now supports 40 models of Mi and Redmi series together. Moreover, MIUI has over 300 million users and has undergone 402 weeks of development and update.

Unfortunately, there is no expected release date for MIUI 11. The only information that has surfaced is that the OS will be completely re-imagined.