Having owned the Xbox Series X since launch, one of the first things you notice is the general UI smoothness due to the new NVMe SSD storage. Another advantage of this next-gen storage is the fast boot times on the Xbox Series X/S consoles, which average at around 18 seconds from a cold start. For some reference, the OG Xbox One took over a min to start.

Well, it seems the folks over at Microsoft are still not satisfied and they are working to further reduce the console boot times. Josh Munsee, Integrated Marketing Director at Xbox, confirmed in a tweet that cold startup and boot times have indeed reduced in the latest Xbox insider builds.

This reduction was the result of a shorter boot animation, which now runs for 4 seconds, which is a significant reduction from the 9 second animation earlier. This should reduce the overall cold start time to the sub 14 second mark.

The faster boot time is only available for people on the recent Xbox Insider builds. For others, there will be some waiting, until Microsoft decides on a wider release. If you want to try out the faster boot speeds immediately, and a few other features including discord integration, join the Xbox Insider program here. 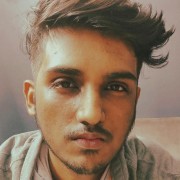