Looks like a Cyberpunk 2077 Xbox bundle will be announced on April 20https://t.co/crwKri5tcd

As apparent above, Cyberpunk 2077 is set for availability in the next couple of months. The date has been delayed a couple of times but we have an idea now. As the tweet suggests, as big a game Cyberpunk is hyped up to be, a special edition Xbox One X is right around the corner. In the tweet, we can see a controller that looks quite mad-max-ish, if that is a term. The controller was listed on Amazon Canada’s website, in a listing. Now we did not know the authenticity of the claim but then in the same thread, Nibel retweets a post from DUDEMAN127. In that tweet, we can actually see a render of an Xbox One X Cyberpunk 2077 limited edition box. Here is the original tweet:

In the comments, we see a number of comments on the looks. Most  people like how the controller looks but they claim that it does not complement the console at all. For the console, I don’t know why but it looks more like skin rather than body paint. Others complained that there was, or is, no need for a special edition model considering the Xbox One X would be an outdated console in a couple of months. On that note, if you are reading this, only buy this if you have money to spare and you love collecting. If you’re looking for a console and want to bag this limited edition one as well, we’d suggest waiting it out till the next generation of Xbox: The Series X comes along. As for this, the tweet suggested that it would be announced on April 20th. 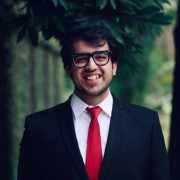