Windows 10 users have been complaining about the Windows 10 update experience for years. There are numerous occasions when Microsoft’s updates created chaos for Windows 10 users. As a quick reminder, Microsoft pushed numerous buggy driver updates last year which affected a large number of people.

However, until now, Microsoft failed to provide a viable solution for this issue. Finally, Microsoft has decided to improve the Windows Update experience and the company is implementing some tweaks in this regard. Now Microsoft is changing the way it rolls out driver updates for Windows 10 PCs.

Microsoft’s new feature allows you to install drivers via Windows Update. Microsoft says that the functionality is available for users starting today. In other words, Windows 10 will allow you to download mouse, keyboard, graphics, processor, and other device drivers directly from the optional updates section.

But Windows 10 OS will not install additional updates automatically on your system. Here’s how Microsoft explained the feature:

“Starting now we are making changes to streamline things a bit. All partners will now be able to publish drivers as automatic! This grants access to driver flighting, and gradual rollout. Which will allow Microsoft, and our partners to detect issues earlier and take corrective action if necessary.”

“We’ve tweaked the UX under the Setting page for Windows Update. The new Optional updates area will enable support teams to easily direct users to the right driver.”

Notably, it turns out to be a piece of good news for driver manufacturers. It’s because of the fact that the potential driver compatibility issues would be resolved before the update is even released. In addition, System Admins can now prepare their PCs for new changes before hitting the Update button.

It is yet to be seen if new update experience will be available for all supported Windows 10 versions. Microsoft announced that the changes will go live by 5:00 PM (GMT-8).

Have you spotted the Optional Updates section on your Settings page? Let us know in the comments section below. 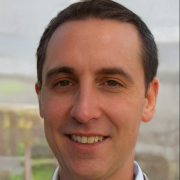