Recently, there were occasions where users reported their Xbox One turning on by itself. For example, after leaving for work, they came home to see the Xbox One turned on when no one was home. In some instances, people witnessed it first sight. So what is this phenomenon? Is your house haunted? Probably not.

Microsoft officials have deliberately avoided any statement on this issue even though it flooded all platforms such as Reddit and Microsoft forums. If you are absolutely sure that the Xbox capacitive power button is not touched by any pet or child, you can proceed with the rest of the article.

There were several cases where the capacitive power button of the Xbox One was dirty. Since the button is capacitive, even the slightest touch by anyone or static charge building up can power the Xbox on. 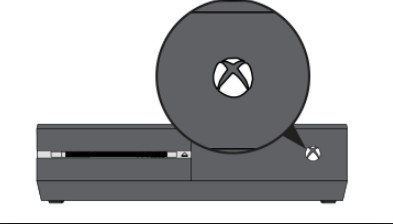 Take a clean cloth and wipe the power button clean. Make sure that you cover all the sides as well as the middle part since that’s where the sensor is situated. Get the cloth a ‘little’ damped and clean it properly. Make sure that your Xbox One is plugged out of main power when performing the cleaning.

Possibility 2: Turning on by Voice commands

If you have Kinect connected with Xbox, saying commands like “Hey Cortana” or “Xbox on” will turn the Xbox console on. This is a new functionality added by Microsoft recently to increase the ease of access.

Even though this might be a useful feature, you always need to make sure that you don’t say it out loud accidentally. If you want to disable this feature, you can do that using the following steps:

Possibility 3: Turning on because of Automatic Updates

Xbox also has an Automatic update feature which will automatically download the patch and system files whenever there is an update available and install them accordingly on your console. There were several user reports which stated that disabling the Automatic updates on the console solved the problem instantly.

It seems that Xbox automatically downloaded the updates over the network and for the purpose of installing, it turned itself on. We can disable Automatic updates and see if this fixes your issue.

Keep my console up to date

Keep my game and apps up to date

There are some televisions who have the capability of CEC which is usually related to the device connected with the HDMI port. CEC allows users to have control of the electronic device through the remote of the TV. This provides ease of access as the users will not have to get up and turn on the console manually.

CEC is another reason why your Xbox might be turning on by itself (or so it may seem). You might accidentally press the remote button and the Xbox after getting the signal from TV, might turn on. You can check this option from your TV and disable this setting.

Bad or broken controllers may also be a cause why you might experience this situation. If your Xbox controller’s home button is broken, it may be clicked accidentally or by itself if the button is indeed broken completely.

Hence you should try taking out the battery of the controller and then check if the situation happens again. If it doesn’t, it probably means that your controllers are causing it to turn on automatically. Do note that Xbox also turns on it any button on the controller is pressed.

This is kept as the last possibility as it is very rare. Electric surges rarely happen in developed countries but there are some scenarios where this might happen. Hence if your console is turning on by itself by possible electric surges, there are very limited options to remedy it.

You can purchase a surge protector cord which will automatically safeguard your electronics if any surge would happen. Or a more viable solution is to take out the main power supply of Xbox from the back. You can set a switch which can act as an on-off switch between the main supply and Xbox. Hence whenever you are not playing, you can cut the power supply.

Why Does My Xbox ONE Keeps Turning on By Itself