Some users have been wondering if browser_broker.exe is a legitimate Windows component since it’s sometimes blocked by the several firewall solutions. The browser_broker.exe executable it’s one of the four processes that are launched by svchost.exe whenever the user opens the Microsoft Edge browser. 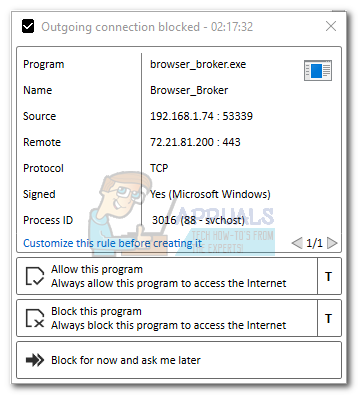 Although Browse_Broker.exe is is an executable signed by the Microsoft Corporation, there are a lot of malware applications that specifically target system processes in order to evade security checks.

In order to make sure you’re not dealing with a malitious executable, you need to verify the location of browse_broker.exe. To do this, open Task Manager (Ctrl + Shift + Esc), right-click on the browse_broker.exe process and choose Open File Location. 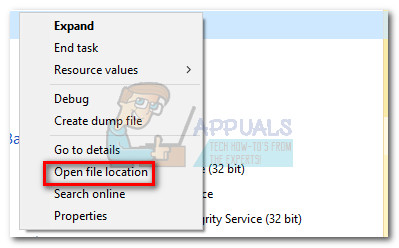 In the event that the revealed location is in C:\ windows \ system32, the executable is not malicious. If the location of the executable is anywhere else, refer to this article (remove malwares) for steps on how to clean your system of malware.

Since Browser_Broker.exe is an Edge-related process, deleting it will likely cause the browser to crash. Even if you where to delete the executable, Windows will likely re-create the deleted component at the next system startup.

Note: You might have noticed that you can’t simply kill the browser_broker.exe process by choosing to End Task. This happens because the process is one of the few locked Microsoft processes.

A better solution to keep the  Browser_Broker.exe process from being called is to use another browser. Consider using another popular browser like Chrome or Firefox, or use Internet Explorer 11 if you want to remain in Microsoft’s sphere.

What is: browser_broker.exe and should I delete it?