Vlogging is something that has become a lot more popular than it used to be at one point. It is 2019 and we are seeing a surplus of vloggers; some making it big, while others are just starting. If it were not for Casey Neistat, vlogging would not have achieved the status it has today, or perhaps, it would have never existed in the first place. Since he is the man responsible for making vlogging what it is today. 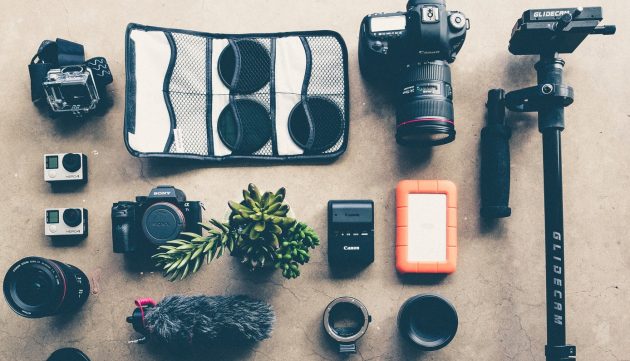 The best thing is that you do not need to spend $1,000 to buy a good vlogging camera, you can actually invest in a bunch of best vlogging cameras like we’ve reviewed before here, even if you are on a budget. As they say, the best camera is the one that you can carry with you. Still, it is important to know that whenever you are buying a vlogging camera, you are as careful as possible so there are no mistakes that can come in the middle.

Now, keeping that in mind, buying the perfect vlogging camera can be challenging for many people as there are some technical aspects that you must keep in mind in order to buy the best vlogging camera.

That is why this buying guide will definitely help you explore all the aspect that will help you buy the best camera for vlogging.

Whenever you are buying a camera predominantly for vlogging, deciding your budget is perhaps one of the most important things you will have to go through. Bear in mind that you can easily go wrong in this step, which will make your whole process a bit too difficult to handle.

So, it is best if you decide on a proper budget, and keep in mind that you can start vlogging from your phone, as well. So it is more about the technical knowledge of using the equipment rather than having expensive gear.

As per my suggestion, spending $800 on the body and $150 on a good prime lens will get you started. However, you need to keep in mind the price of the microphone, as well as a tripod/gimbal if you are looking to go the extra mile.

All in all, considering the budget is a step that should never be missed.

Do Not Overlook the Lens

The lens is perhaps one of the most important aspects of buying a vlogging camera or a camera in general. Sadly, many people completely overlook it whenever they are in the market looking for a camera. True, you can get started with a cheap lens, too. But if you do have a budget, avoid overlooking the lens, at all. 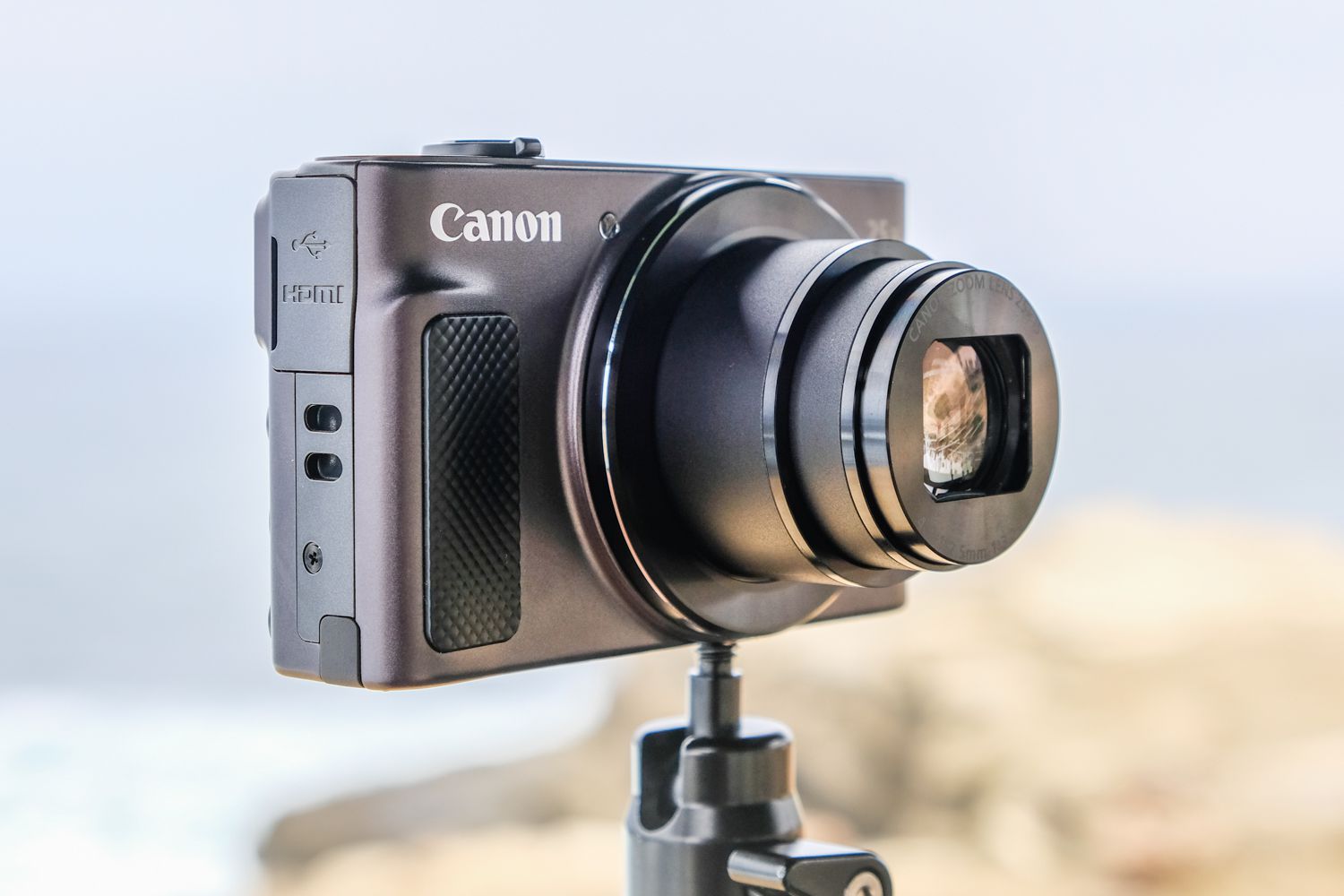 As someone who has been taking photos, and making videos for some time, the only two lenses that are you going to need is a 50mm prime lens and a wide angle lens. The reason for this combination is rather simple.

This is the perfect combination and both lenses combined with a good camera are going to give you a great vlogging experience, no matter what.

Investing in a Gimbal

If you are recording mostly at home, then a simple tripod would be more than enough to get the job done and keep everything stabilized. However, if you are planning on taking the camera out and about, then you are going to need a gimbal. The good thing is that gimbals have become a lot more compact than they used to be. With DJI Ronin S being one of the best gimbals for vloggers.

However, you can alternatively make sure that the lens you are using has image-stabilization for steady shots without any unnecessary movement coming in the way.

What About the Audio?

One of the most important aspects of becoming a vlogger is having a clean audio output. Sure, the microphones that are going to be on your camera by default might do the job, but if you are living in an area that is generally noisy, or if you have your fan on, then the microphone will easily pick the background noise, and create issues for you.

In such situations, you should opt for a good external microphone that can mount on top of the camera, or clips onto your shirt. If you are looking for a good vlogging microphone, you can look into the range from Rode or Boya. They have some great microphones available for pretty affordable prices, too. Needless to say, you will not have any issues with audios once you start using those microphones.

Considering how vlogging is always about recording videos, and the fact that you might have a microphone attached to the camera that draws power from the camera battery, battery life is something that you can never sacrifice on. Simply put, if you run out of battery mid-shoot, the experience will not be good enough.

In such situations, you need to make sure that the camera you are buying does have good battery life. In terms of battery life, DSLR cameras are much better than mirrorless cameras. However, they are bigger and heavier as well.

In such situations, you will need to look for a camera that has a decent enough battery life, and a good size that will allow you to easily carry it with you. 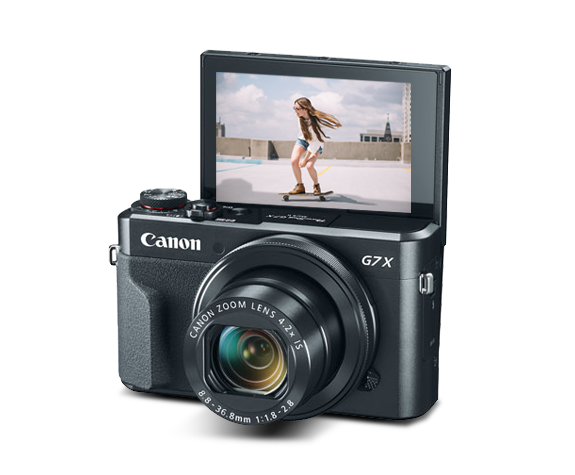 Deciding Between DSLR and Mirror Less

Whenever you are buying a camera for vlogging, one of the most important things that you will have to keep in mind is whether you want to decide between a DSLR and a mirrorless camera. Although the decision is not that difficult, it can leave some people in utter confusion as to what they should go with.

DSLRs, for the longest time, have dominated the market for having some amazing video and image quality, as well as amazing battery life. However, they are also infamous for being big and chunky due to a physical mirror being present in them.

Mirrorless cameras, on the other hand, is just as versatile, and a lot smaller because as the name implies, there is literally no mirror in these cameras. However, they have a dubious at best battery life. When going for such cameras, you will have to make a decision as to whether you are going to go with a mirrorless camera or a DSLR camera.

Do know that if you do opt for a mirrorless, it would be better if you spend extra money on a spare battery so you can change the battery on the go in order to keep the camera rolling for long.

You can either go for a high capacity card, or you can go with a camera that offers two card slots for the added benefit. The latter solution is definitely more expensive, but the good news is that if you do go that route, you will have a much better experience as you can always make sure that your camera keeps recording even when you are running out of storage on one card.

Are You Going to Record Slow Motion?

Another important aspect that you need to look into is whether you are going to record in slow motion or not. Slow motion, as most people know, is becoming the next big thing in most of the vlogging. They make up for some really cinematic shots that look professional and extremely well done.

In such situations, you need to make sure that the camera you are looking to buy does offer you slow motion so you can have a good experience without any issues coming your way.

As someone who has found himself looking for a good camera in the past, I can almost surely say that buying a vlogging camera is not an easy task. You see, with vlogging cameras, you are not just investing in a camera, but also in other things like the equipment that you will be using. If it were a camera for photography, you could do well with a lens, a camera, and a tripod.

However, with a vlogging camera, there is so much more included, mainly the gimbal, and a good microphone, as well, and that is why, things can be tricky, at best.

Keeping that in mind, this guide is aimed to help all the upcoming vloggers make the best purchase and that too, without any discrepancies coming their way.