Vampyr is out now and while there have been mixed reviews about the game, I have played it and can say that while the combat is a bit dull the game mechanics, as well as the story, is very interesting indeed. If you are a fan of single player games then Vampyr is worth looking into.  Here we are going to look at Vampyr PC benchmarks and let you know how well the game runs at 1080p, 1440p and 4K.

According to Vampyr PC benchmarks, it seems that the game does not like going over 80 FPS no matter what you throw at it. Even the top of the line Nivida GTX 1080 Ti does not run the game at more than 80 FPS at 1080p. The game is pretty much playable at 1080p across all modern cards if you are willing to turn down the settings a little bit. You can check out the 1080p benchmarks below. 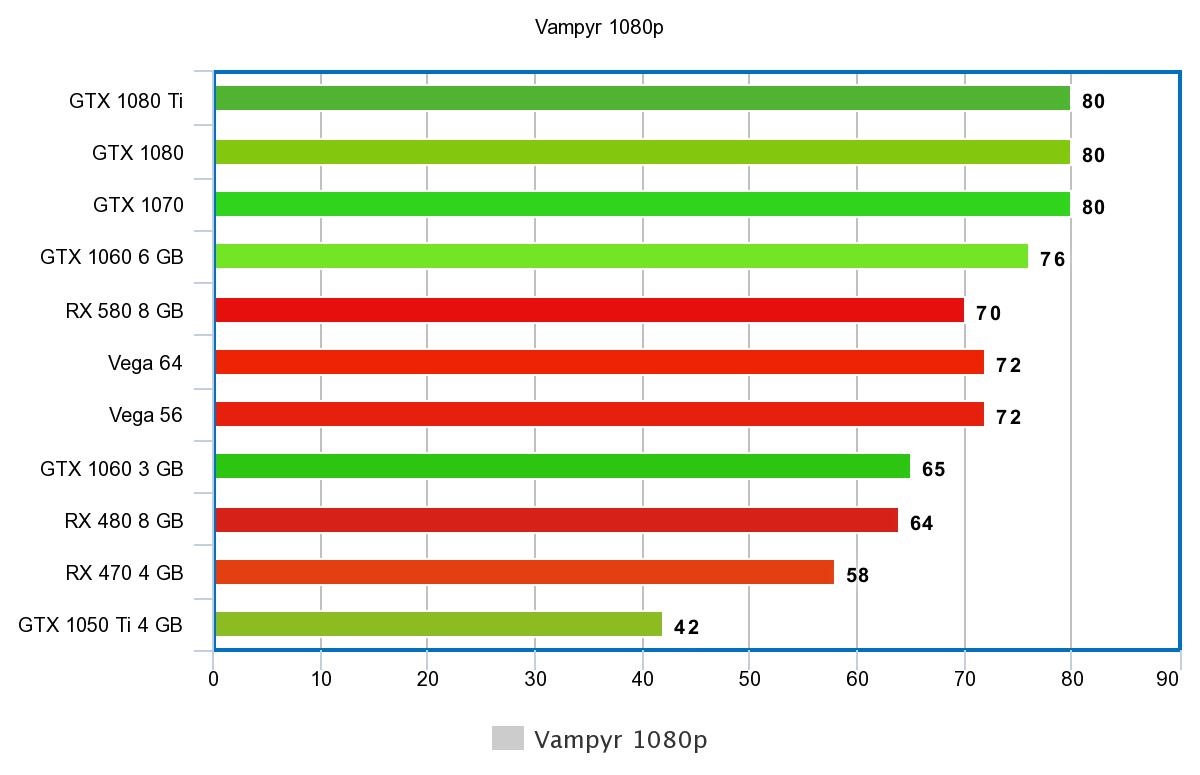 Here we see that the top tier graphics cards perform pretty much the same at 1080. The mid-range graphics cards also perform similar to one another, both Nvidia and AMD. The AMD Vega series seems to be lagging behind at 1080p though. Moving on to 1440p makes the performance of the AD Vega GPUs a bit better and you can check out the Vampyr PC Benchmarks at 1440p below. 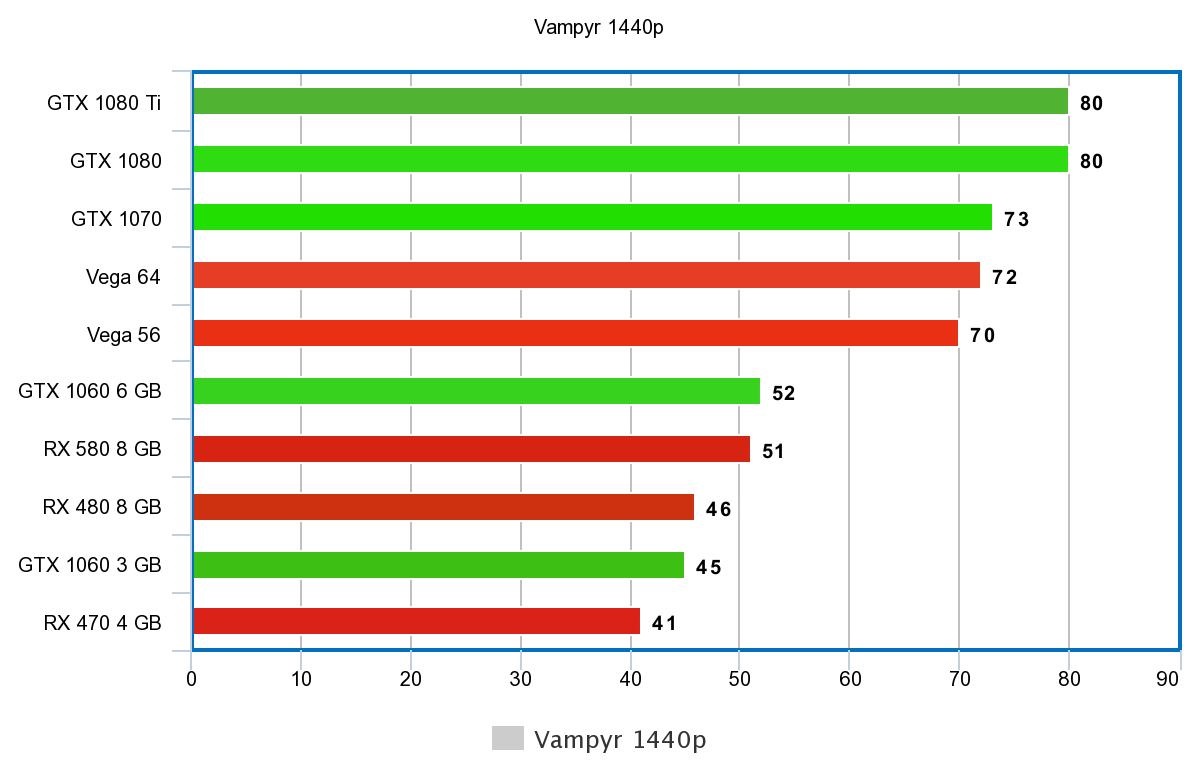 We see little to no drop in performance at the Nvidia side of things. The GTX 1080 ti and GTX 1080 perform the same but the 1070 drops a few frames. The Vega GPUs manage to keep up with the top tier Nvidia GPUs at the higher resolution and here we see that the Vega GPUs perform better than the GTX 1060. The GTX 1060 will be able to run the game at 60 FPS as well if you are willing to trade off some settings.

Finally, we have Vampyr PC Benchmarks at 4K resolution and it seems that no card is able to run the game at 4K 60 FPS. 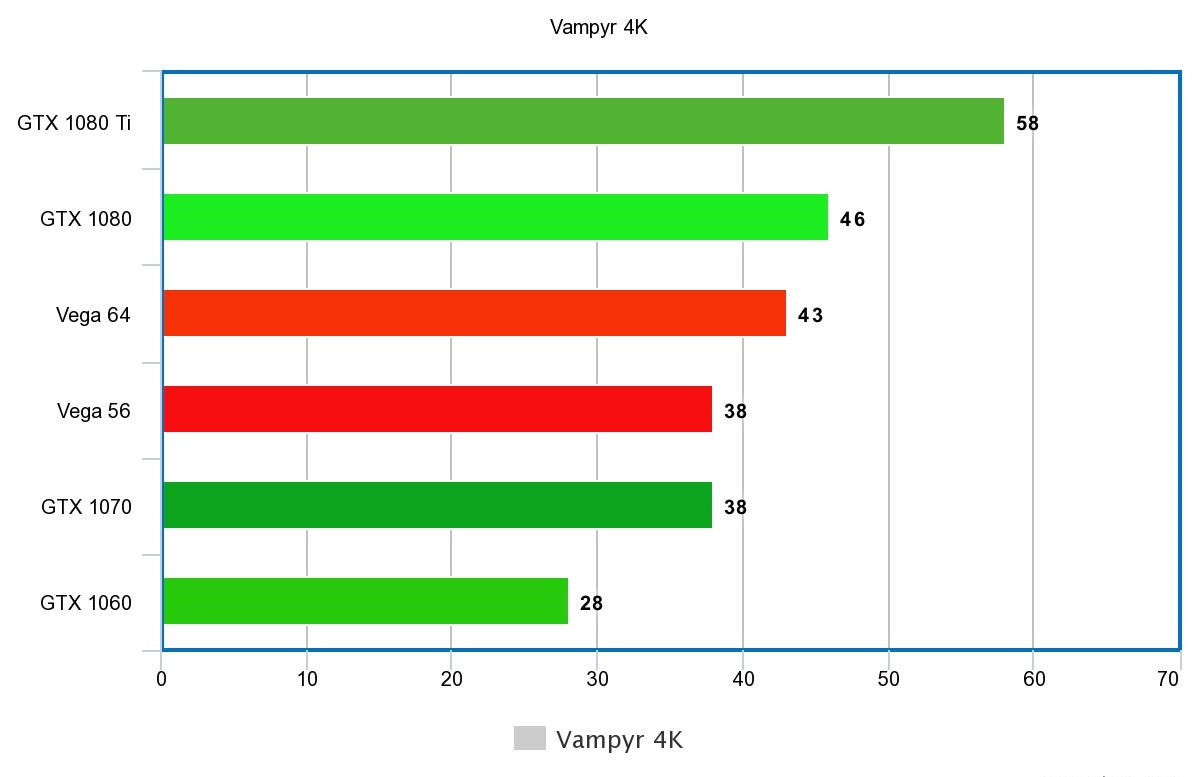 This is a worst-case scenario and tweaking the settings will bring you up to 4K 60 FPS. The same cannot be said for the rest of the graphics cards though.

Let us know what you think about these Vampyr PC benchmarks and whether or not you are interested in playing the game.