Total War: Rome II is a strategy game developed by Creative Assemble. The Emperor Edition of the game was released in September 2013 and featured revamped graphics and improved on many aspects of the original. Today, Creative Assemble announced an upcoming story expansion for Total War: Rome II – Emperor Edition. The Rise of the Republic Campaign downloadable content is a prequel expansion to the original story campaign of the main game.

Rise of the Republic

Set in the year 399 BC, Rise of the Republic explores the story of Rome after the events of the Second Founding of Rome and beyond. The campaign map depicts the landmass of Italy and its neighbours, and introduces nine playable factions including Rome, the great city-state of Syracuse, and the ambitious Gallic tribe of the Senones. The new Government Actions feature enables players to activate unique bonuses for their chosen faction, while engaging in new region-specific dilemmas drawn from the annals of history.

Rise of the Republic pack will launch on August 9th alongside the Ancestral Update. This update will be free to all players upon launch, but will initially start off as an opt-in beta program that is now available. The Ancestral Update brings the highly requested family tree feature to Total War: Rome II. Players can create and view their family tree by using an elaborate new mechanic. The characters in your faction can forge strong bonds and alliances with other factions. You can learn more about the Ancestral Update and how to opt into the beta program here. 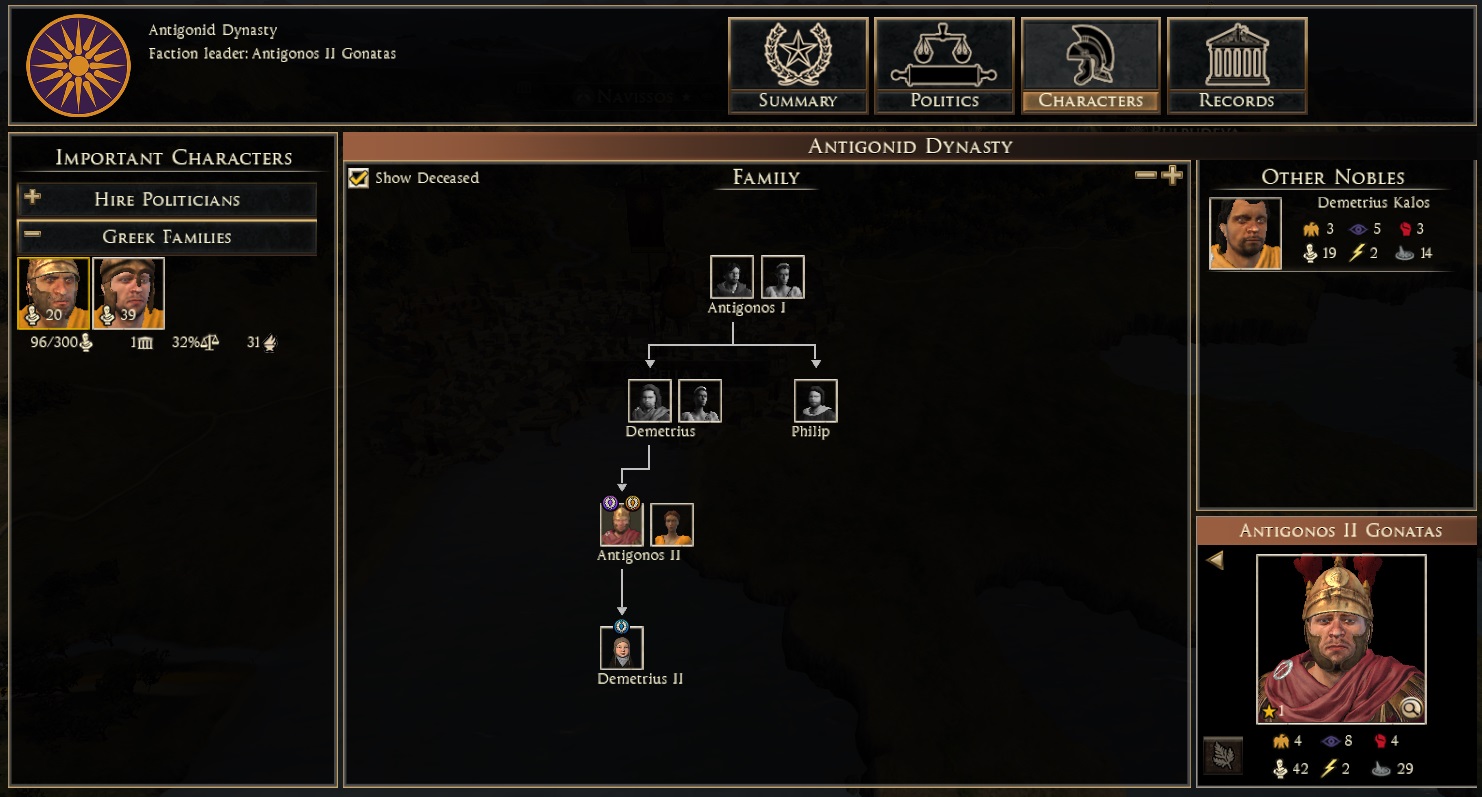 Rise of the Republic downloadable content is available to pre-purchase via Steam. To be able to play it, you must own Total War: Rome II – Emperor Edition. Before its release on August 9th, you can avail a pre-order discount of 10%.