We’re just days away from the release of Naughty Dog‘s somewhat-controversial remake, the Last of Us Part 1. As we inch closer and closer to its launch, new screenshots, gameplay, and all kinds of details keep popping, whether through official channels or leaks. Today, we’ve got a brand new trailer from PlayStation itself that sheds light on some of the most iconic moments from the original, along with showing off brand new gameplay.

The new Launch Trailer comes in just under one minute and 40 seconds but includes a hefty dose of Last of Us’ violence-riddled gameplay we’ve all come to love. It seems like Naughty Dog has taken a similar approach to their previous game (TLOU2) in bringing superior attention to enemy kills with realistic dismemberment effects. Check out the trailer below for a glimpse at what’s to come:

The trailer opens with the legendary interrogation scene from the first game where Joel first debuts his map-locate trick. Two hostages are asked to point at a map to give Ellie‘s exact location, only Joel asks each of them separately so neither can see the other’s mark. If both of their locations match up, it means they’re not lying. Otherwise, your likelihood of coming out of the situation alive dwindles to zero.

This scene is followed up by some ferocious gameplay featuring Ellie killing some NPCs in the most gruesome ways possible. Broken bottles, bow and arrow, shivs, and everything in between. We also get to witness some Joel gameplay afterwards where he’s seen engaged in hand-to-hand combat with different human foes and the infected.

The whole trailer is intercut with gameplay and cutscenes, but this time even those cutscenes are rendered in real-time, enabling smooth cutscene to gameplay transitions like we saw in the Last of Us Part 2. Some of the most popular scenes from the first game, such as the ranch argument and the Tess‘ unfortunate demise are on full display here with snippets thrown in from other parts of the game as well.

At the very end, there’s a quick, blink-and-you-miss-it montage of the most hard-hitting scenes from the Last of Us, including the Sarah intro and Marlene‘s final stand in the hospital. Despite the hefty $70 price tag, it seems that Naughty Dog is giving their all to modernize The Last of Us Part 1 in every way possible. We’ve attached a comparison between the original and remake’s screenshot below: 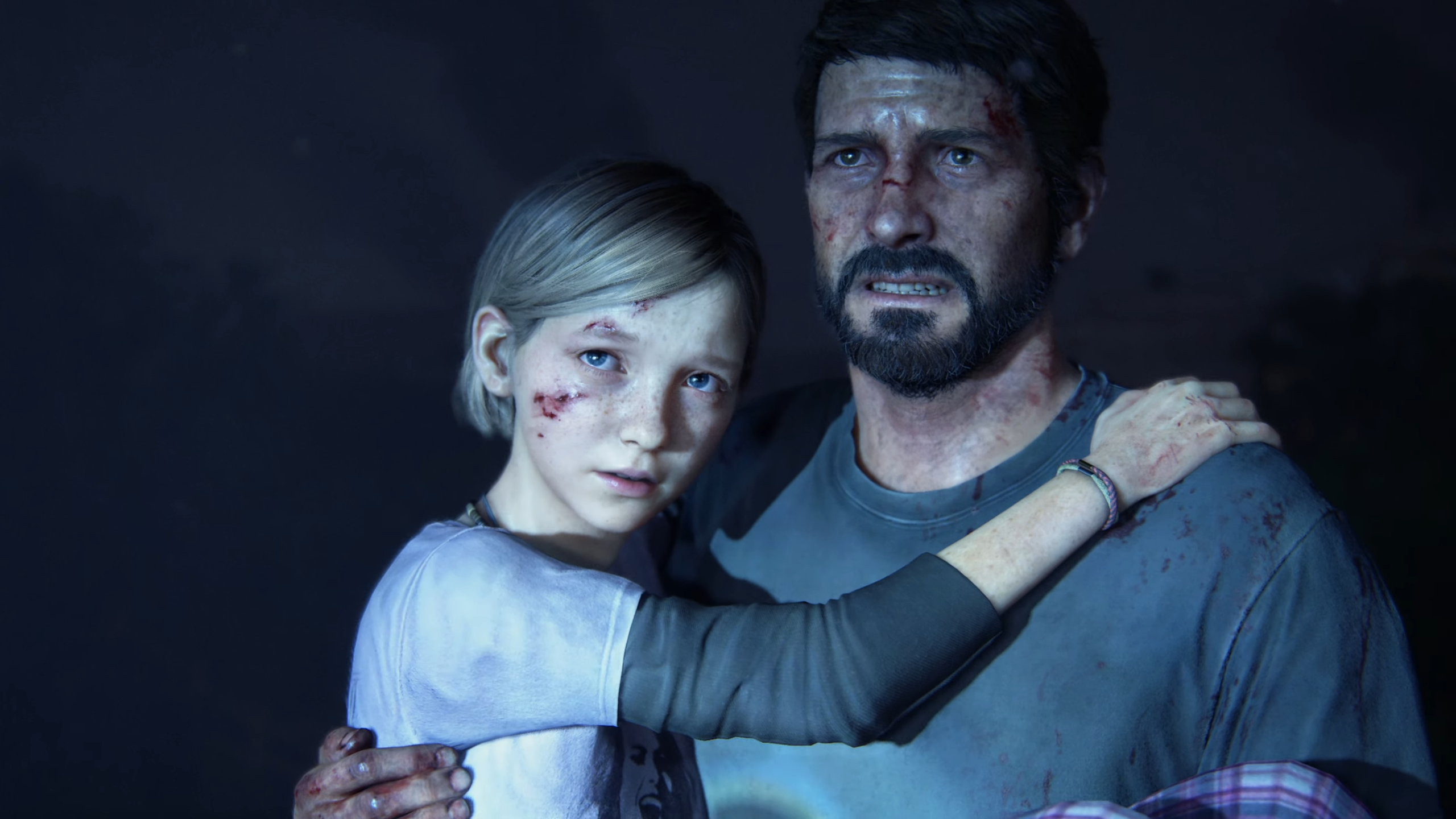 The original PS3 title was already a technical marvel for its time but it definitely shows its age today. Naughty Dog achieved new levels of visual fidelity with its PS4 sequel and, despite claims of “no gameplay improvements“, it looks like they’re now aiming to bring the first game up to mark with their contemporary vision for the Last of Us universe.

In fact, another trailer released a few hours before highlighted how the game will be updated to use the DualSense‘s adaptive triggers with the first game’s water gun fight being used as an example.

Last of Us Part 1 releases exclusively on the PS5 on September 2nd, 2022. A PC port is in development with launch scheduled for next year. You can preorder the game on the PlayStation Store via PlayStation Direct right now. A live-action TV adaption based on the game is also in the works at HBO.