Pakistan is currently suffering through the worst flooding crisis in the country’s history. Rainfall levels are 500% above average compared to past monsoon seasons, and there is still a month left in this season’s end. More than 33 million people have been affected and over 1100 have already died from this catastrophe. To put that in context, that’s more than the population of whole nations like Australia and Sri Lanka.

International Federation of Red Cross and Red Crescent Societies in Pakistan estimate that the damage will take years to rectify, all while the danger of upcoming monsoons loom above. At least $10 billion USD in funds is needed to get back to where things were and fix everything, $10 billion that Pakistan does not have.

For those unaware, Pakistan was already going through an economic slump with major political instability in the region. Inflation in the country is at an all-time high with the public bewildered by the corruption and incompetency of officials and statesmen alike. The people are struggling to find new idols as the country is at the brink of bankruptcy with $248.7 billion USD in debt, as of March 2022. 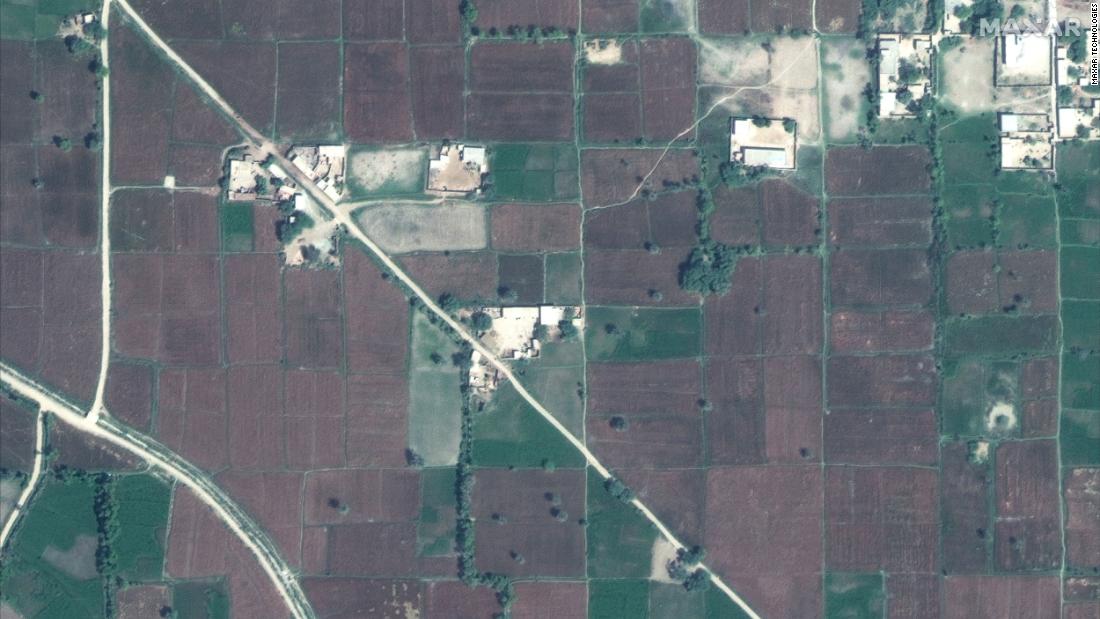 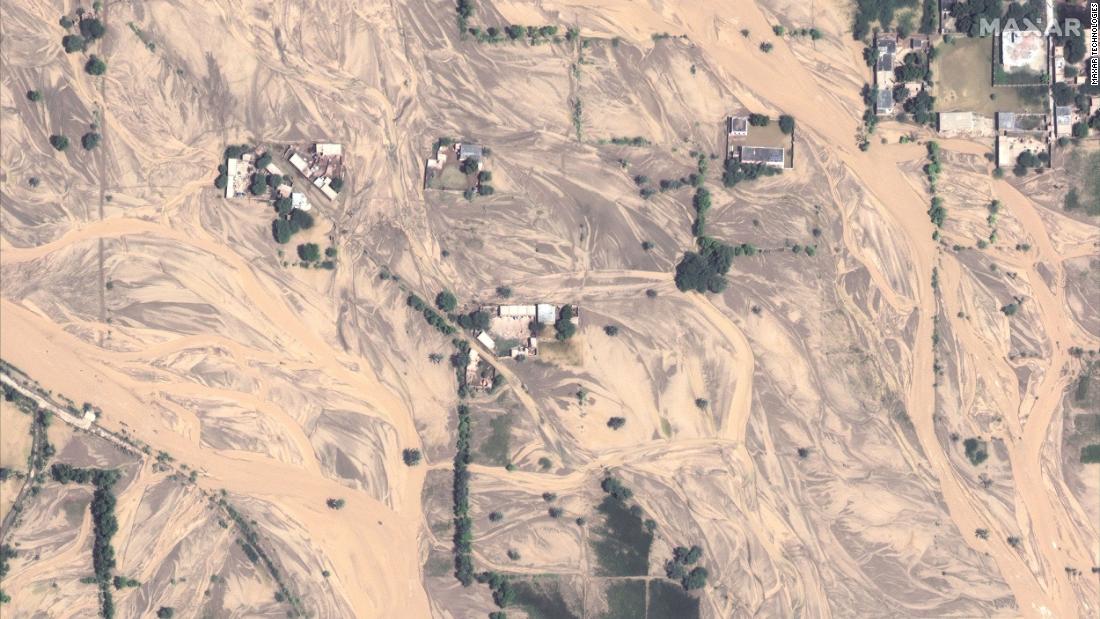 So, you can imagine how a record-worst flood-hit in the middle of already turbulent times for the nation has taken a toll on the country. Türkiye and USA have pitched in with aid in terms of rescue helicopters, medical supplies, and even food, with the United Nations putting in an appeal for $160 million USD in immediate relief funding.

But even with all this help, the world is barely scratching the surface of a catastrophe of apocalyptic proportions. Literally, one-third of the country is under water with parts of the country resembling a small ocean. The Indus River has overflown and formed a nearly 100-kilometer-wide inland lake in the middle of the Southern-Sindh. 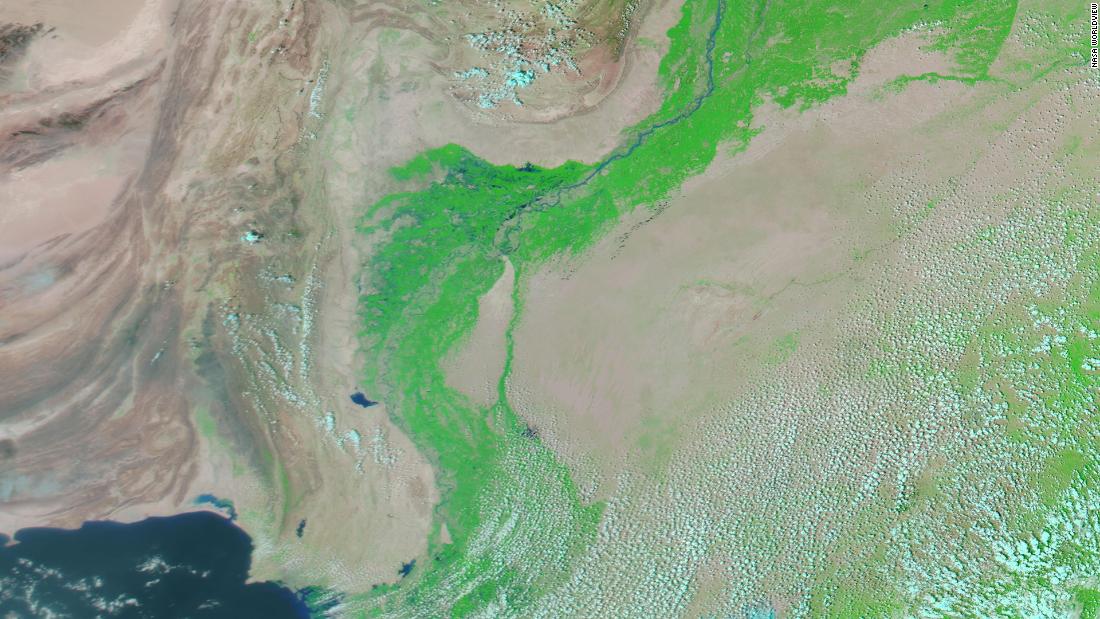 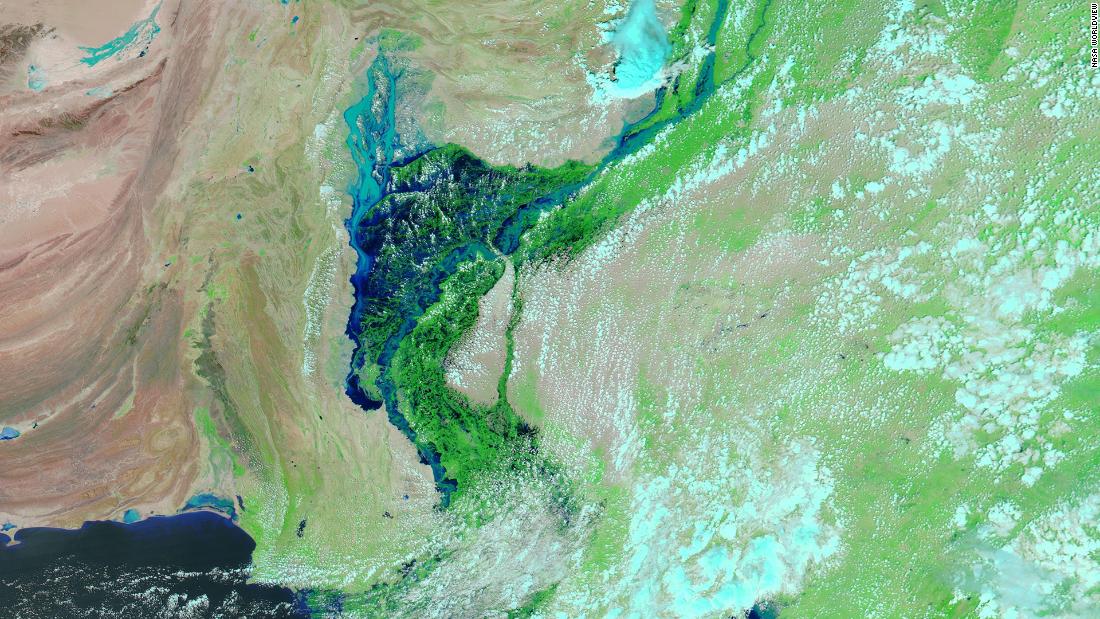 A satellite picture of the Indus River taken by NASA's MODIS showing the same area, one year apart from each other. Slide to reveal the harm caused to the surrounding areas. Blue represents the water.

The latest in the line of allies committing to make a dent in the aftermath of these floods in none other than the CEO of Apple himself, Tim Cook. Taking to the popular micro-blogging site, Cook recently tweeted that Apple will be donating to rescue efforts and provide relief funding to the affected areas. Not only that, but he also expressed solidarity for the victims.

The floods in Pakistan and surrounding areas are devastating humanitarian disasters. Our thoughts are with those that have lost loved ones, the many displaced families, and all those affected. Apple will donate to relief and recovery efforts on the ground.

Seeing someone like Tim Cook, one of the most prominent figures in the tech industry, speak out about the humanitarian crisis in Pakistan is refreshing to see. As a third-world country ravaged by security issues since the very start, Pakistan still maintains a relatively negative international image. It’s really telling that it takes a tragedy of this scale to bring everyone together.

Anyone reading this from Pakistan or foreigners wanting to make a difference, there are several ways you can help. UNICEF USA is collecting donations to supply health and hygiene kits along with fresh water to millions of kids affected by the torrential flooding. Local non-profits such as JDC and Al-Khidmat Foundation are also on the grounds providing consistent aid to the affected.

According to experts, a small pack of cookies, one water bottle, and about 100 grams of roasted chickpeas (a popular snack in Pakistan) can keep a person alive for two days in worst flood-stricken areas. All of that can be had for less than $5 locally. CNN is also organizing help in collaboration with major charities. The aforementioned Pakistan Red Crescent Society is leading the way in reporting on the updates and is also asking for donations. 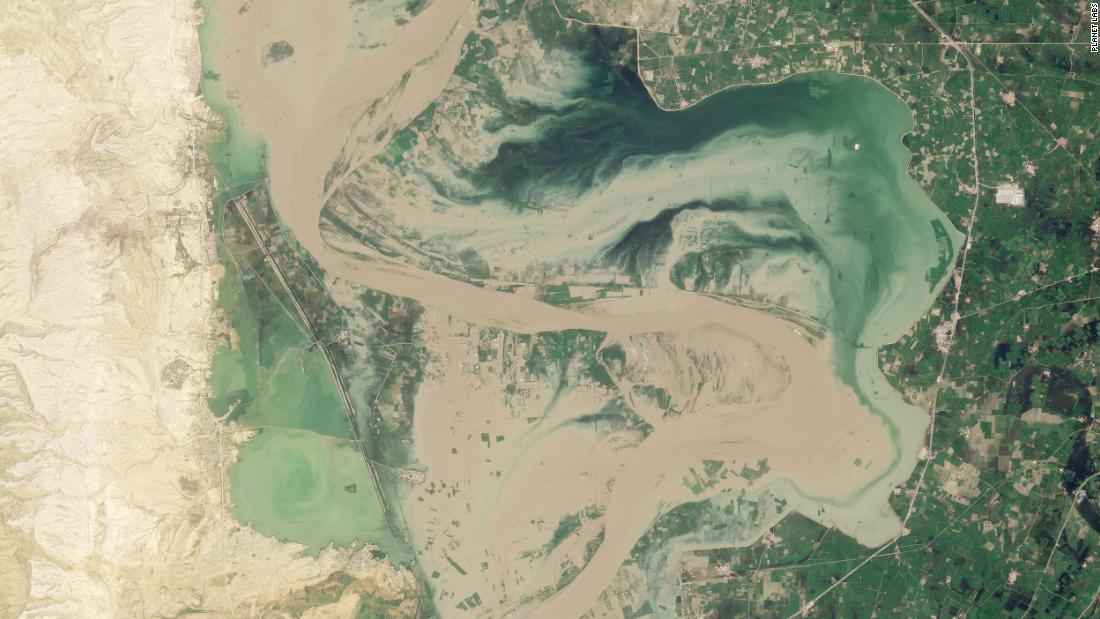 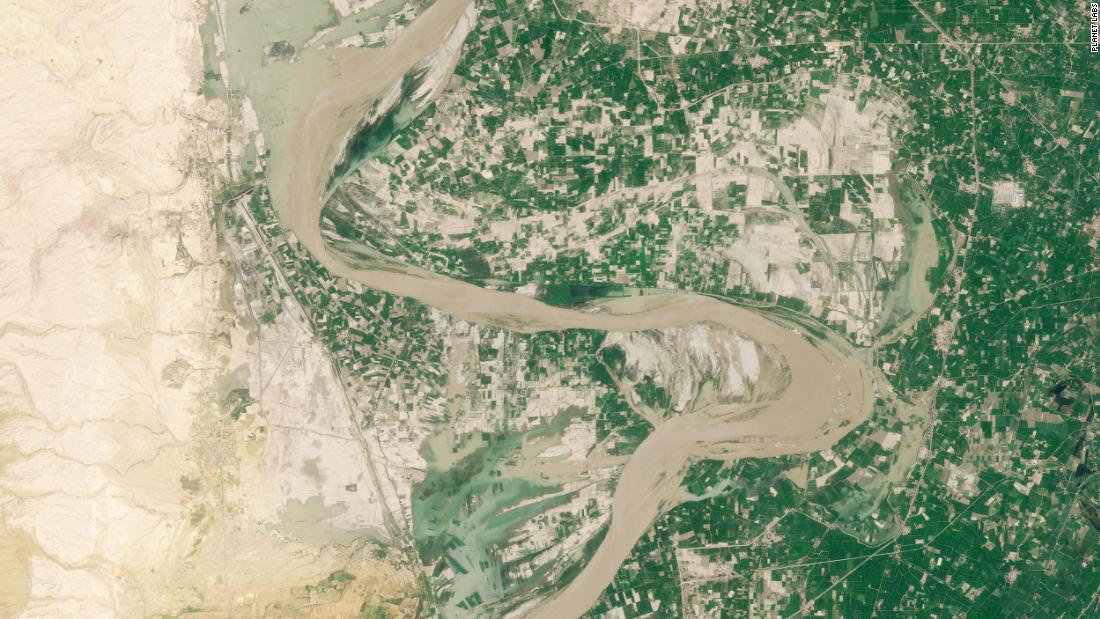 Rampant flooding has washed away a large chunk of Hala, Pakistan.

There are countless other organizations working to provide relief in Pakistan, but certain regions completely engulfed in rainwater have no way to be reached. The people stuck there are on their own, a theme that has been oh so common throughout these days. You are highly encouraged to research and learn more in order to properly equip yourself with understanding the scope of this cataclysmic event.

Pakistan accounts for less than 1% of the world’s carbon footprint with barely any greenhouse gas emissions in the larger scheme of things, yet it’s the 8th most vulnerable to climate change. Pakistan is having to pay in the form of lost lives, infrastructures, and generations destroyed. It really begs the questions as to whose sins the country is repenting for.

All images courtesy of CNN.