“The setup program ended prematurely because of the following error: This platform is not supported.” 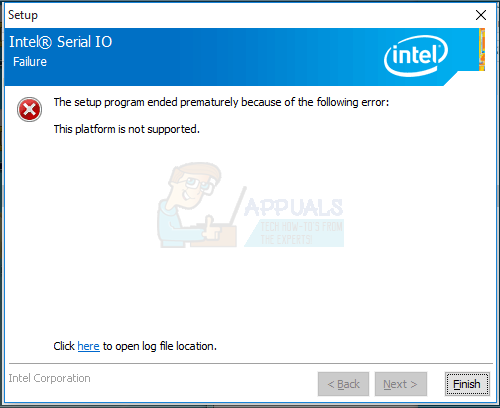 To enable I2C in an affected computer’s BIOS so that you can get rid of this error message and be able to install the Intel® Serial IO driver successfully, you need to:

Shut down the computer and, when it has been shut down, start it back up.

Once you are in the BIOS, navigate to Advanced > Devices > Onboard Devices.

Save the changes you have made and exit the computer’s BIOS. In most cases, this is done by pressing F10 and confirming the action, but more precise instructions for a specific computer can be found within its BIOS.

Boot the computer up. As soon as the computer has started up, run the Intel® Serial IO driver installer, and the driver should be installed successfully.