Windows 10 Timeline is a feature that allows you to go back in time and resume what you were doing previously. It keeps a record of programs, documents, and apps that you have used and then allows you to resume them, right from where you left off. It’s a handy feature for those who may start lots of tasks, but then need to go back and finish them off.

Google Chrome, being the most popular web browser with over 60% market share, would be a good place to start with such a feature. While Google Chrome does not natively support Windows 10’s Timeline feature, a third-party developer has gone and created a Chrome extension that brings support to the web browser. It will sync your Chrome tabs and previous websites to Windows Timeline, allowing you to go back in time to tabs you’ve had open. 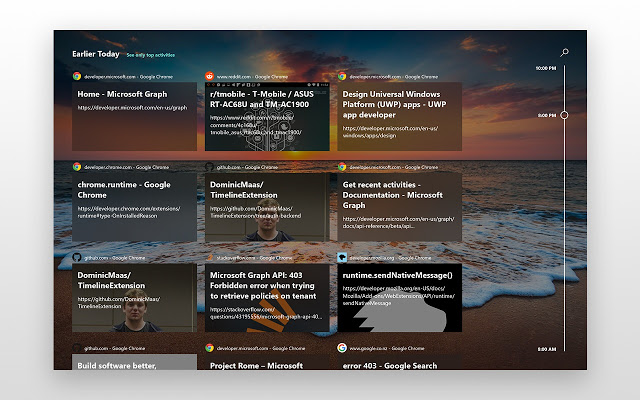 The extension is currently in beta, so issues are expected, however, for those who have begun using Windows Timeline, it could prove to be a useful addition. Features of the extension include:

You can install the Windows Timeline Support extension here from the Chrome extension web store.