Upon the announcement, Director Tetsuya Nomura apologized for the delayed date from the previously announced one having said that the team is on its final stages of the game development. In addition to this, they showcased the world of Frozen in a very captivating trailer of the new upcoming release. You can also check it out below

In addition to having showcased this trailer, an additional gameplay trailer, displaying other worlds like Toy Story, Hercules and Tangled, was shown too, which can be viewed below

As good as the footage looks, it was announced that the game would be available for pre-order on the Microsoft Store and Playstation store. There were two bundles announced along with it:

Deluxe Edition: It will run you $79.99 and will be bundled with steelbook packaging, a mini art book with concept art from Tetsuya Nomura and a collectable Kingdom of Hearts III pin 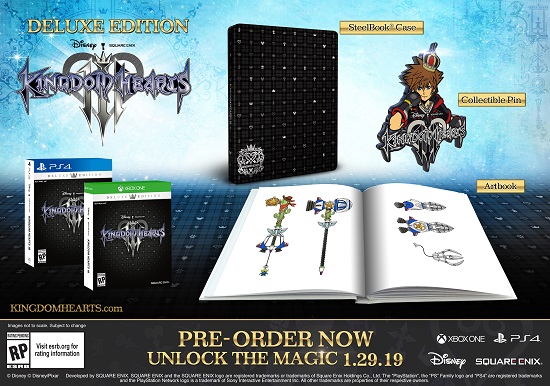 Deluxe Edition + Bring Arts Figure: Along with the deluxe set, it would contain figurines of Sora and in-game companions, Donald and Goody. This would cost $229.99 and will be available in limited quantities. 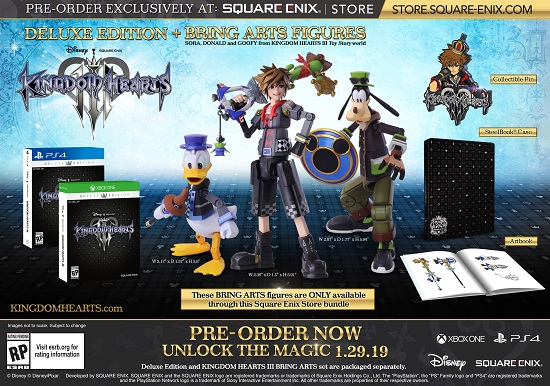 Both these bundles will be available for both Xbox One and PlayStation 4, exclusively at the SQUARE ENIX Online Store.

Let us know how excited you are to join Sor on his new adventure, exploring the magical and beautiful world of Disney Animated Studio’s Frozen.

The New Kingdom of Hearts III Showcased at E3 2018