Sea of Thieves, the pirate themed oceanic adventure game developed by Rare, is set to receive its first expansion at the end of May. The Hungering Deep content update will be introducing a new AI threat to the world.

Rare has planned to release a total of six expansions for Sea Of Thieves in this year, The Hungering Deep being the first. A trailer for the upcoming update gave us a glimpse of what’s to come. You can check it out here:

The trailer doesn’t actually tell us much, but a few hints were dropped in the form of a tale told by a pirate named Merrick. He describes the “great terrors from the deep” as immensely powerful creatures that were worshipped by the “Ancients”. He goes on to say that the “ancients even learned how to summon such creatures”, hinting that players could possibly summon these beasts.

We can see from the short trailer that the creatures share a resemblance with sharks. “Crews will have to work together to discover and defeat this threat” said the developers in a blog post. 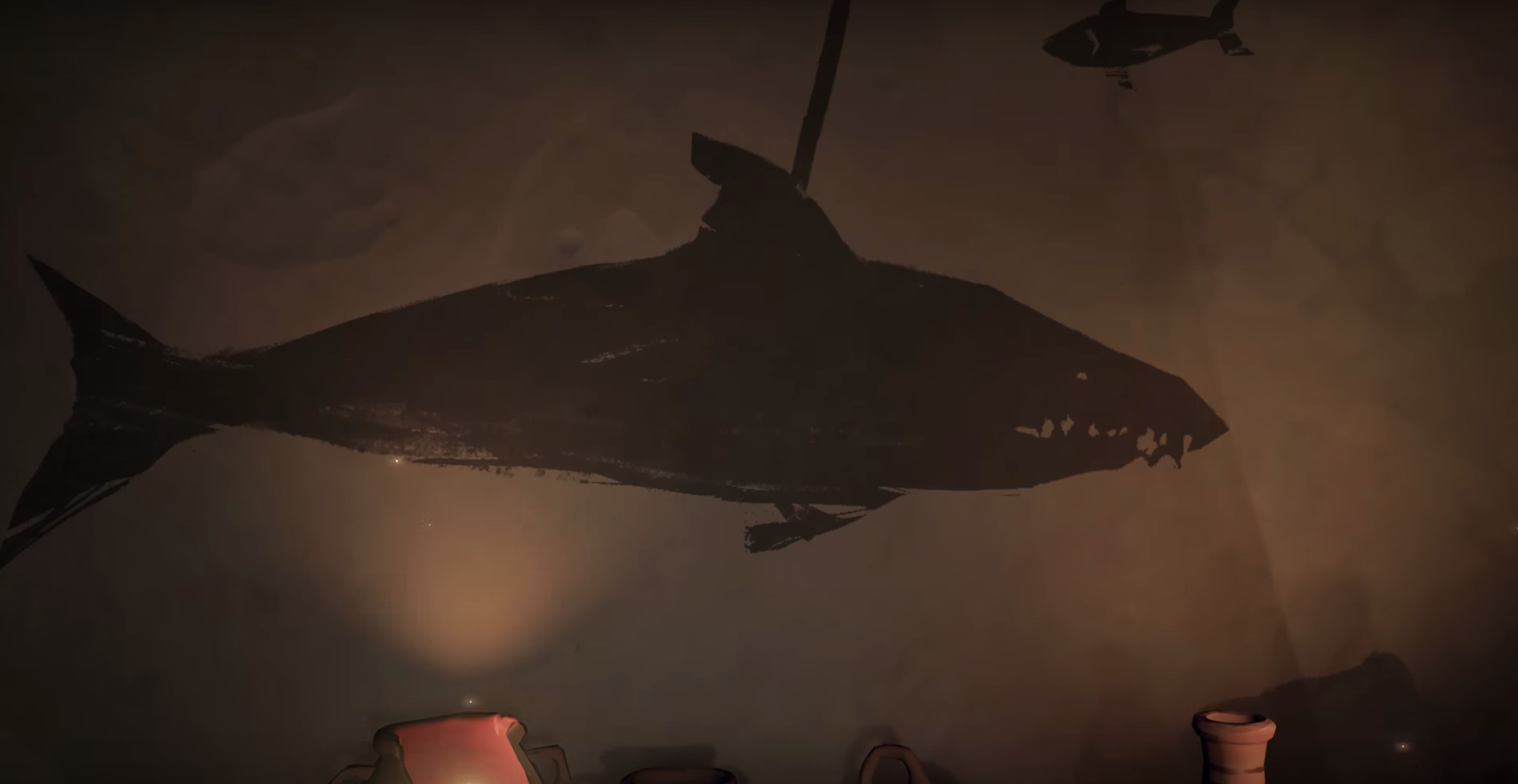 Developers said that The Hungering Deep will introduce a number of new mechanics that will “assist players on this adventure”. Players will also be able to earn rewards as part of this event.

Rare has planned two more expansions to be released after The Hungering Deep. The second update, Cursed Sails, will include a new ship type. After that, Forsaken Shores will allow players to explore a “perilous new part of the world”. Although much bigger than The Hungering Deep, these expansions will also introduce new mechanics, enemies and rewards.

The Hungering Deep will be available for PC and Xbox One on May 29th. Rare will most likely release a more detailed gameplay trailer before the launch of the expansion.

The Hungering Deep is the first expansion for Sea Of Thieves