The AMD RX 580 is still one of the best budget GPUs one can buy in 2021. Its value proposition has only increased in recent years due to the lack of competitive sub-200$ offerings from both Nvidia and AMD. The venerable RX 580 was built on the 14 nm process and was based on the Polaris 20 graphics processor in the Polaris 20 XTX variant. The die size of the GPU itself was fairly moderate at 232 mm2 and it packed 5700 million transistors inside. The RX 580 was offered with both 4GB and 8GB GDDR5 memory options, but the 8GB variant offered the better value. 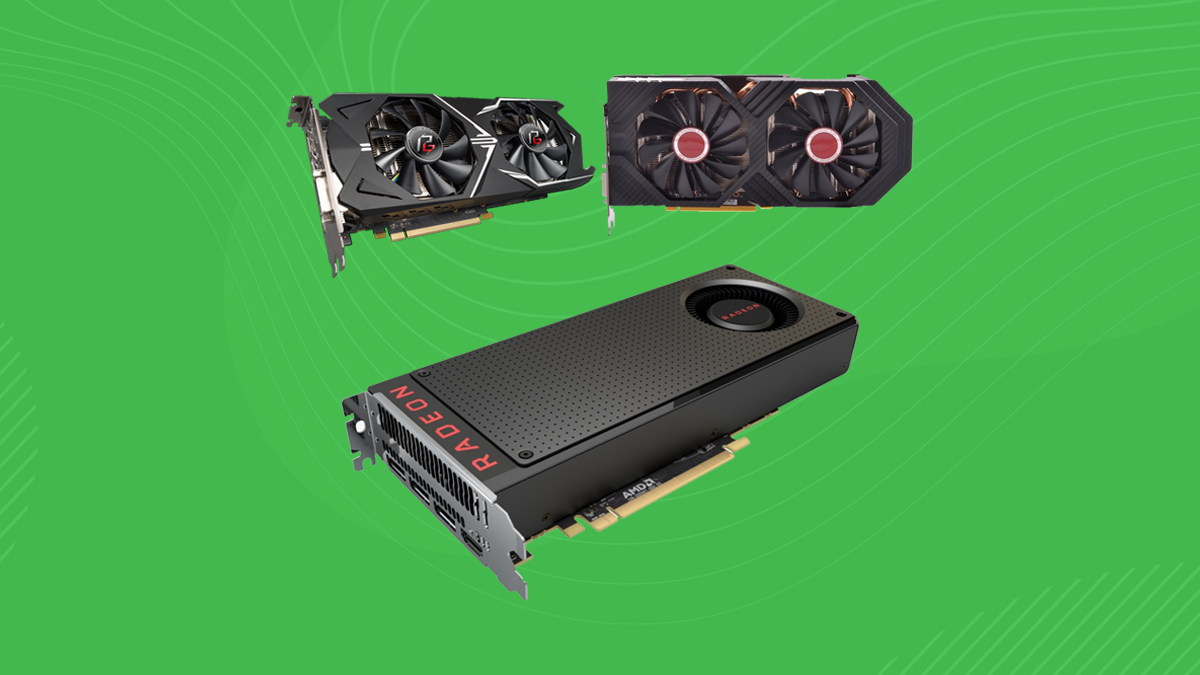 The RX 580 is not the most difficult card to handle in terms of thermals and power draw. In fact, it is actually fairly tame if we compare it to modern graphics cards that came out in the past couple of years. The 185 W TDP rating for the RX 580 seems quite reasonable in comparison to the GPUs of 2021 which can easily cross 250 W of power draw under load. Being a budget-oriented card, however, means that it would be best to consider more mid-range variants for the RX 580 if you are thinking of purchasing one for a budget build.

Our Recommendations For The Best RX 580

Here are the 5 best AMD RX 580 variants that should be on the priority list for any potential buyers in 2021.

Top Of The Line

Sapphire is one of the top partners of AMD and they have been producing some of the best exclusive AIB cards for them for a long time. The Sapphire Nitro+ Radeon RX 580 is another offering from Sapphire that checks all the boxes really well and is, therefore, one of the best aftermarket variants of the RX 580.

Under the fan shroud, Sapphire has included a rather hefty heatsink with a unique trick that maximizes the thermal performance of the card. The fins of the heatsink are arranged along the length of the card rather than the width, which improves the efficacy of the heatsink by a big margin. The air moving through the heatsink makes more contact with the metal, and thus dissipates more heat than competing designs. The two fans are also incredibly quiet, and they only ramp up very slightly under load which is another testament to the excellent thermal management of Sapphire’s design. This is quite simply the best RX 580 variant as far as temperatures and noise are concerned.

Aesthetically, the RX 580 Nitro+ is quite understated and plain if you look at the fan shroud, but the backplate bears a stylish design that is more in tune with the gaming theme. The Nitro+ RX 580 certainly looks premium and well-built, however, and the RGB lighting on the side is just an added bonus. Unlike other manufacturers, Sapphire did not go completely overboard with the lighting and limited it to the Sapphire logo, which is quite tasteful.

Overall, the Nitro+ RX 580 is certainly one of the best variants of the RX 580 you can buy. It delivers excellent performance in both thermal and acoustic categories, and it has a sizeable factory overclock as well which is a cherry on top. The only downside might be its price, which is a bit more than the competition but can certainly be worth it in the long run.

Another excellent option comes from MSI with the MSI Gaming X Radeon RX 580. The Gaming X was MSI’s premium offering in the RX 500 series, with the MSI Armor being the basic, barebones option that was quite ill-received by the enthusiasts. The Gaming X, however, was quite popular due to its incredible performance.

Thermals were well-managed due to a large heatsink with copper heatpipes that aided in the dissipation of heat by spreading it through the fin array. MSI used their Twin Frozr VI technology in this generation, which meant that two of MSI’s Torx fans were added to the card for cooling purposes. The Torx fans are very well-built, high-quality fans that provide plenty of airflow while staying quiet even at higher loads.

As far as looks go, the MSI Gaming X RX 580 is certainly not a bad-looking card. However, it leans a bit too heavily into the “gamer-y” aesthetic that was quite popular back when this card was being designed. MSI has since done away with colored accents in their cards, but that was not the case with the Gaming X RX 580. If your particular build theme does not include the red color, the Gaming X might look a bit out of place, and that is a disappointment. There is no lighting on the fan shroud either, but that was a rare sight in the days of the RX 500 series.

Another exclusive partner of AMD that regularly releases excellent AIB variants of their cards is PowerColor, and they certainly did the same for the RX 580. The Red Devil branding is used by PowerColor for their most premium variants, and the Red Devil RX 580 certainly belongs to that class.

In terms of thermal performance, the Red Devil certainly does not disappoint. It is actually one of the more premium cooling solutions just like the Nitro+ and the MSI Gaming X. This allows PowerColor to set the boost clocks of the Red Devil at 1380 MHz which is quite high for an RX 580. The acoustic performance of the card is also quite impressive due to the fact that the two fans operate very quietly when under low-to-moderate loads. It does get a bit noisy under full load but that is completely normal behavior.

The PowerColor Red Devil RX 580 falls behind the other options when it comes to aesthetics. Not only is the card fairly busy-looking and unattractive, but it also has prominent red accents which will clash with the majority of PC builds. Lighting is also absent from the card, but that is fairly common for RX 580 variants. This card could have been higher up on the list if PowerColor had opted for a more neutral aesthetic without the fixed red accents.

The Red Devil is also relatively more expensive than its competitors which makes it a tough buy considering the fact that the Nitro+ and Gaming X variants are also available for similar prices. The card itself is an excellent performer, but it is let down slightly due to its controversial aesthetics and pricing.

While the ASUS Strix Radeon RX 580 is definitely the premium offering from ASUS for the RX 580, it certainly does not make any sense to buy that variant for a budget GPU such as the RX 580 considering its exorbitant pricing. Our pick is the ASUS AREZ Dual Radeon RX 580 which is a budget-oriented variant of the RX 580 from ASUS.

The ASUS Dual RX 580 certainly does not hold a candle to the other variants on this list when it comes to thermal performance, but it is adequate for the RX 580 at stock settings. One should avoid manual overclocking with this card because the cooling solution might be overpowered if you increase the power draw of the card. The fans do have a tendency to become noisy at moderate-to-high loads, but that can be tuned by using custom fan curves.

As far as looks go, the ASUS AREZ Dual Radeon RX 580 is plain and quite inoffensive. It does not have a particular design language that sets it apart from the other variants on the market. There is no lighting on the card either, which is to be expected. ASUS has also omitted the backplate from this variant as a cost-saving measure, which is a big letdown in 2021. Exposed PCB backs look quite cheap and unattractive in today’s landscape, especially inside expensive gaming PCs.

While it may not be the most powerful variant of the RX 580 on the market, the ASUS AREZ Dual Radeon RX 580 does certainly have its place. This is a card that is aimed at or near MSRP pricing for the RX 580, and therefore offers an extremely good value proposition. If you are looking to maximize your bang-for-the-buck, then this value pick might just be the perfect one for you.

The RX 580 is quite a weak option when it comes to streaming. The built-in encoder is nowhere near as powerful as Nvidia’s NVENC encoder and tends to lose quite a lot of details. Software encoding should be the preferred mode of streaming with the RX 580

The RX 580 can run potentially all the games available on the market right now. For heavier AAA titles, settings may have to be altered in order to get a smooth 60 FPS experience on 1080p.

Yes, the RX 580 is excellent at mining. In fact, it is one of the most powerful budget mining cards available with a hashrate of 29 MH/s.

Yes, but only if you find it for a really good deal. Before the worldwide GPU shortage and crypto-boom, the RX 580 was regularly found selling for around $120 which makes it a stellar value even in 2021.