Gaming is mostly a form of escapism. It allows seeking a distraction and relief from the stress of real life. There are few things more entertaining than playing as a different character in a virtual world. Because of this, RPGs, MMOs, and first-person shooters are incredibly popular. They are far away from reality as one can get. However, that’s not everyone’s cup of tea. Not everyone wants to lose themselves in a world of fantasy and fiction.

In fact, sometimes simulations can be more entertaining for certain people. Simulation games have been around for quite some time. These games can involve anything from building a town to flying a passenger plane. It could even be a life simulation game where your characters grow and experience life in their own small world. The reason people love simulation games is that it provides people a lot of control over a virtual world.

A lot of the time, real-life just isn’t that entertaining and things don’t always go your way. This is less of a problem in simulation games, as there aren’t many surprises. They are a great way to relax and turn your brain off for a little bit. People get some sense of fulfillment here that may not be possible in reality. Certainly, not everyone can fly a plane in real life.

This why simulation games are so popular, and they only get better with time. We’ve cherry-picked some of our favorites that you should try in 2021. These games will keep you busy for a long period of time. 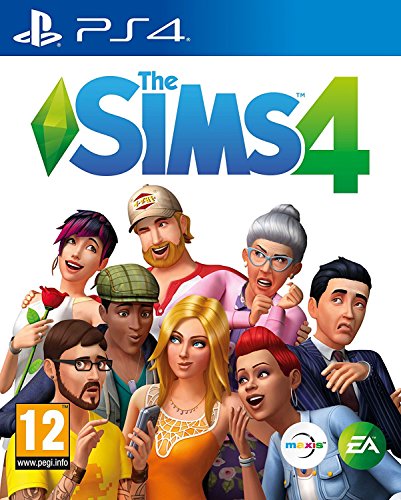 The Sims 4 is a life simulation game in which you create simulations of real people and help them navigate through life. At the beginning of the game, you will be required to input lifetime goals that you will be helping your sims achieve. The success of your Sims will be determined by the decisions you make throughout the game.

One thing you will love about the game is the ability to create your sims exactly as you imagine them. The game even allows you to push and pull various parts of your Sim so that you get the right body size.

Some of the activities you will engage in include helping the sims secure and maintain a job, build social relationships, and also managing the money earned. Yes, you can go broke in the game. The Sims 4 also has an emotional aspect where the Sims can become happy, angry, or sad. These emotions are evident in the decision-making process of the sims.

Nevertheless, one thing you might find underwhelming is the constant loading screens which although short, really undermine your interaction with the outside world. Having to wait for a loading screen when accessing your neighbor’s house can be a little irritating.

The Sims 4 was released in 2014 but the developers have managed to keep it fresh over the years through the release of numerous DLC and free updates. The Seasons expansion pack is one such DLC that introduces the yearly seasons into the game together with accompanying holidays like Easter, Christmas, Thanksgiving, among others. It also brings dynamic weather like Rain, thunderstorm, and snow.

Needless to say, when people think of simulation games, most of them think of The Sims. It is definitely not everyone’s cup of tea, as it does ground itself, in reality, quite a bit. However, that may be just what you are looking for. It is extremely popular for a reason after all. 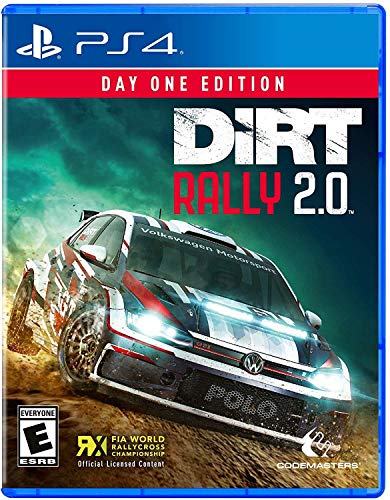 Video games and racing go hand-in-hand. There’s no doubt in my mind that racing games will still be popular for years to come. We’ve seen great games such as Burnout Paradise, Need For Speed: Most Wanted, Forza Horizon 4, Project Cars, and more. However, Dirt Rally 2.0 is distinctly different from all of these games. If you’ve ever thought that rally racing might be a fun sport to engage in, Dirt Rally 2.0 is something worth looking into.

This game is developed by Codemasters, and it has come a long way since the earlier entries. While the latest entry is Dirt 5, that’s more of an arcade racer than a pure simulation. Both games are different, and geared towards different audiences. The Rally games stand out distinctly from the mainline series. Dirt Rally 2 is a hardcore rally simulation game.

This is a game that will test your racing game skills. It’s for those folks that love to have a dedicated setup with racing wheels. The main focus here is on sprint races, where you’re racing against the time limit rather than other players. It’s a fight with the course, rather than with your opponents. Things like knowing the road, following directions, and reacting quickly will all help you a lot here. I hate to say it like this, but it separates the boys from the men.

There are a lot of modes here, such as the FIA World Championship Races. Those involve rally supercars and are some of the most intense races you’ll ever play. You can also progress through a long series of races and events through the career mode. That’s where this game really shines in terms of progressions. There are a lot of cars and garages to unlock. You also get team members that give you some perks and bonuses. The way you customize your car is also a great feature

In the end, simulating a rally racing experience in the first person is something I never knew I needed. It is intense and will give you quite the adrenaline rush. This is one of those simulation games that puts you in a heated position and you need to react properly. It’s not for everyone, but we highly recommend giving it a shot. 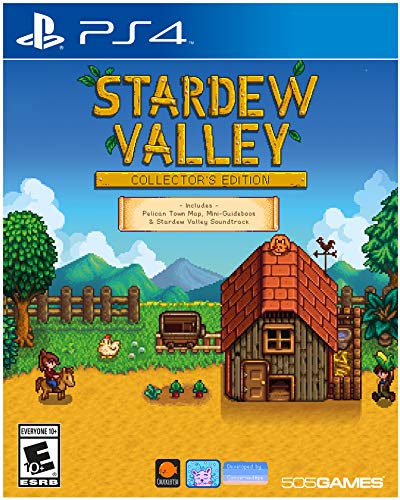 Stardew Valley is one of the most deceptively simple games I have ever played. Take a look at the logo and screenshots of the game. You’re most likely thinking that this is a relaxing pixel art game made by an indie studio. Technically, that’s correct. At the same time, you have no idea how simulation-focused this game really is. It is also quite a time-sinker as people have put well over 1000 hours into this game.

As such, it is not exactly easy to review Stardew Valley. Here’s the best way to describe it: Stardew Valley feels like comfort food. It’s one of those games you play when you want to relax and forget about reality. However, the feeling of solace in this game is something I’ve rarely felt elsewhere. It has a mellow atmosphere and the 16-bit countryside reflects that beautifully. There are a lot of basic activities that await you. They are simple enough to be relaxing, but complex enough so you have to pay attention. It strikes a perfect balance between the two.

You take the role of a character who needs to look after their deceased grandfather’s farmplace. This is known as Stardew Valley. The farm is in an utterly ugly situation, and it is your job to fix it up. Don’t get it twisted, it’s a lot of work and will take you a good couple of hours to get the farm into a suitable position. But that’s the beauty of the game, the fulfillment at the end is worth all of the trouble.

Other than that, the characters are delightfully well written. You can interact with them every day, and even romance some of them. These characters have witty dialogue and all of them are charming. You can also explore underground caves, that have enemies or monsters inside. This adds an element of combat to the game and turns a farming game into a dungeon crawler.

There is a lot of value in this game. It’s not that expensive either and the amount of content you get at that price is exceptional. This is a must-try if you want to play something relaxing. Be warned, this game will consume a lot of your time. 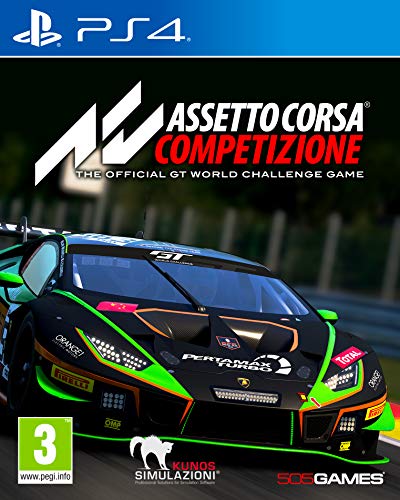 No one makes supercars and racing cars quite like the Italians. So, it’s only natural that the Italians would go out of their way to make a realistic racing game. The developers behind this are Kunos Simulazioni s.r.l. It’s published by 505 games, which always publish incredible stuff such as Control, GhostRunner, and Payday 2. Assetto Corsa Competizione is an offshoot sequel of the fan favorite original Assetto Corsa.

Assetto Corsa is a PC player’s dream. If you love racing sims, this is one of the best out there. Competizione is a vastly better game than its predecessor. We get new stuff such as dynamic weather, night racing, and much better AI. Compared to the original, this one is much more contracted and focused. It scales stuff down quite a lot and focuses on quality rather than quantity.

This game focuses on challenging endurance racing. It has long stretches of races that require your undivided attention. It focuses on unbroken focus and quick reflexes. However, once you get in the flow, you start to feel the enjoyment kicking in. That’s when this game is at its best. The game even includes official circuits that are respected around the world. There are a lot of modes here as well: quick championships, long championships, and a career mode. It also has custom events with multiplayer.

There is a major focus on the selection of exotic GT3 cars available here. The selection might be smaller than other games, but every car is vastly different than the other. In terms of handling, acceleration. and sound they all have their unique characteristics. Audio is also excellent, and do we need to say the game looks visually stunning? Seriously, this is one of the best-looking racing games out there. 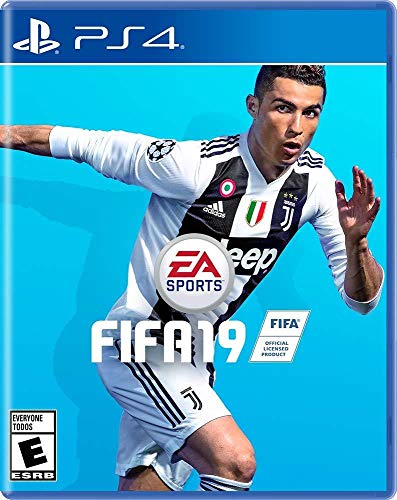 FIFA 21 is a football simulation game that is as close as real-world soccer you will get. Any real player you can think of is represented in the game and the level of resemblance is stunning. There is no shortage of playing options when it comes to this game. You can choose to play as a team, individual player, or be the coach responsible for tactical planning.

The Kick-Off mode allows you to play matches against an AI team or challenge a friend to a match in a local coop. But it is the game’s online mode that has been the most successful. Here you will be tasked with building a full squad team known as the FIFA Ultimate Team (FUT). This is the team you will use to play against online friends and rise through the FIFA ranks.

In this year’s edition of the game, EA has managed to bring more realism into the gameplay through the Active Touch System. It’s a new mechanic that makes the game seem more natural from how you receive and give a pass, how you defend to how you shoot and score.

The Kickoff mode has also been revamped and you can now keep track of the matches you have played with the mates. You also have the option to kick off the game as a cup competition.

EA has also added the UEFA Champions League, Europa League, and Super cup competitions to give you a complete football package.

The 5 Best Simulation Games on PS4