Do you sometimes ever sit and wonder how the world will end? Do you even believe in the Apocalypse? Because I do. Funny enough it does not have anything to do with religion. My belief in the apocalypse largely stems from the movies I have watched. And they are many. But apart from filling my head with countless conspiracy theories, I love these movies for their entertainment aspect. I mean they can sometimes make the end of the world seem so cool. Well, that is when the characters are not busy eating other people.

Sometimes I imagine myself being part of the movie and think about what kind of person I would be. Would I be the villain who thrives in the chaos or the hero who is trying to restore order? Or perhaps the fanatic who follows every word the maniacal leader says. That last one sucks. So which are the best post-apocalyptic movies of all time? This is going to be an easy task but I will try to name the 5 movies that have stood out for me. 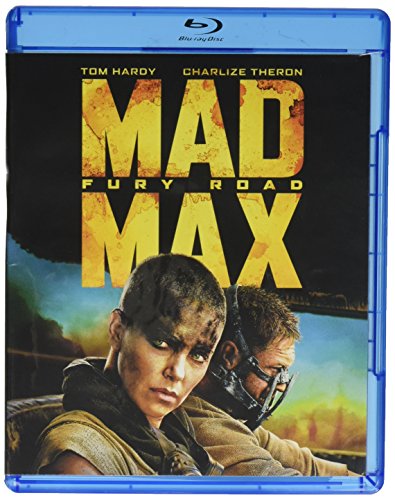 This movie is a remake of the original Mad Max franchise starring Mel Gibson that was a massive hit in the 80s. It, therefore, had a lot to live up but guess what? It stepped up and will knock your socks right off. Which is unsurprising actually considering that they were all directed by George Miller and the advancement in technology means he had better equipment to work with.

Fury Road is set in a desert wasteland controlled by Immortan Joe, a maniac tyrant who leaves off, wait for it, human breast milk. It is here we are introduced to Max a mad man himself who is fighting his own demons following the death of his family in the events leading up to the apocalypse. He is captured by Immortan’s fanatics and taken back to the base where he is supposed to have his blood harvested. However, Max manages to escape and thus begins the movie.

Amidst all the chaos there exists hope and her name is Furiosa. A female warrior who indeed lives up to her name in the movie. Furiosa believes she can find civilization in her original homeland and decides to also help a group of women who are being used to breed future soldiers in the process. Bad Idea.

What follows is more than an hour of the most exhilarating road chase you will see. The breath-taking cinematography punctuated by the Metal soundtrack is what will have you glued to seat for the whole movie. There are times when you will question some logic in the movie like how the brides look so good in a wasteland but who has time to question logic when you can hardly keep up with the madness.

It’s no surprise that this movie scooped numerous awards in the 2016 Oscar awards with most notable and well deserved being Best Costume Design, Makeup and Hairstyling, Sound Mixing and Sound Editing. 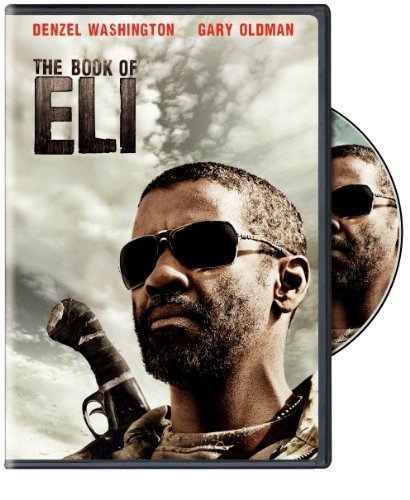 This movie is set in post-apocalyptic America and features a blind Denzel Washington who plays the role of Eli. Eli carries a book with him that he believes is the key to restoring civilization and is therefore on a quest to deliver it to the West where they will know what to do with it.

It is not categorically stated but I have a theory that the book is a bible. A theory further fueled by the fact that Eli seems to be protected by a mysterious power. I mean how else would a blind man traverse through all the post-apocalypse chaos. Although he does not come out of it unharmed. The ending is emotional.

The Cinematography is not what you would call out of the world but it clearly depicts an ash-ridden earth that is dying with despair. The real strength of the movie is in its storyline. It’s a movie of hope for the believers. That even in all the chaos there is hope for those that have faith. And trust me you will see real despair in this movie. Bike-riding lunatics killing and raping passersby. People being brutalized in the light of the day and the onlookers doing nothing because it’s nothing unusual. Cannibalism has also been alluded to.

Eli will have a run-in with a local Warlord who wants the book so that he can use to control the townspeople. Yet through all this Eli keeps on his faith and journeys to the West where he says he is being guided to deliver the book. 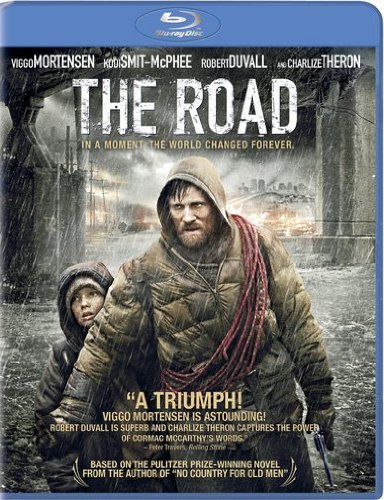 Post-apocalyptic movies mainly inspire awe from us as we try to comprehend the things that people can do to survive but occasionally they can be emotional too. Something you will experience in The Road. This book is based on a book and features Viggo Mortensen and Kodi Smit as father and son respectively as they journey to the coast in the hope of finding warmer weather.

It is not clear what causes the cataclysmic event but one morning there was a bright glow from the outside and the sun was gone. On the road to the coast, the biggest problem for the duo will be finding supplies and fighting off other scavengers trying to take their loot. Which is not helped by the fact that the Man only has one gun with two bullets which he intends to use on himself and the boy when bad comes to worse. Of course, this is easier said than done and this resolution will be severally tested in the movie.

Occasional flashbacks by the man of the times before the apocalypse gives you a perspective of how life was before the catastrophic event and you can’t help but feel sorry for the man who lost his wife and is now on the brink of losing his son. The father and Son’s passion can be felt fully felt within the movie and it’s what will keep you glued till the end. 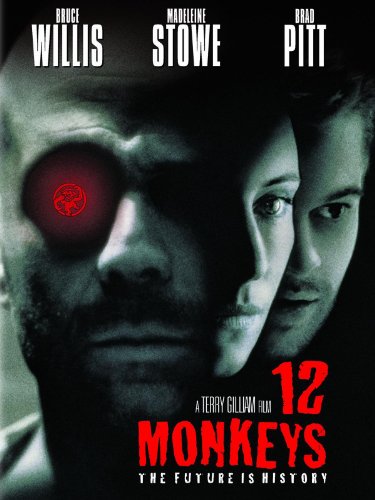 Can a movie list be really complete without including a classic movie? I think not. And one movie that I found particularly interesting is 12 monkeys. The year is 2035 and only 1% of the population remains. The rest have been wiped out by a deadly virus that still poisons the air so people are confined to living underground.

However, this movie is not your typical post-apocalypse movie. Do not expect to witness people killing each other or making a meal out of each other in order to survive. There will still be lunatics though. Instead, the movie introduces the concept of time travel where Cole, a prisoner of the state, is sent back to the past to a time before the virus mutated so that he could bring it back for further studies.

Unfortunately, everything does not go as planned and he finds himself in 1990, six years before the virus began. A series of events will see him confined to a mental hospital where we are introduced to the rest of the cast. Brad Pitt who plays the son of a famous Virus expert and Dr Kathryn who will be pivotal in his quest.

Things also get complicated when Cole falls in love with the doctor and becomes reluctant to go back to the future. Sci-Fi, romance and post-apocalyptic rawness. What else do you need in a movie? Oh did I mention that Bruce Willis is Cole? And what do you get when you combine Bruce and Pitt? Fireworks. 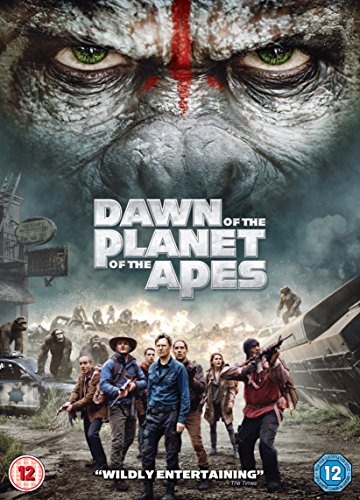 This is another movie that deviates from the usual madness that accompanies post-apocalyptic movies but it packs its own kind of heat. It is the second instalment of the Planet of Apes franchise and the reason I chose it specifically is because it picks up from the first instalment, Rise of the Planet of Apes, that ended with the release of the Simian Flu.

That is one more movie for you to watch although you don’t need to have watched The Rise to enjoy The Dawn. The Flu has wiped out almost the entire population and the few that remain have made settlements in San Francisco where they are struggling to survive. Their only hope of survival is a hydroelectric dam that is located in the woods where Ceaser has built a colony of apes. This is the point where I tell you Ceaser is also an ape and he can talk. Not in a chatty way like the humans but enough to make him understood.

All would have gone well if not for Caesars’s Second in command, Kobi. He bears no trust for the humans probably because they used him as a lab rat and so he goes behind Caesar’s back and launches a full-scale attack on the humans. The trust between the apes and humans is already fragile and so this prompts retaliation from the humans who just needed the smallest level of provocation. What follows is the greatest battle between human and ape. Surprisingly I found myself rooting for the apes for the whole period of the movie and probably so will you.

Normally, this is where I would end my list. However, I can already sense the disappointment in some of you who feel I left out a movie that they considered the best. But I already said coming up with this list won’t be easy so you will have to forgive me. Nevertheless, there are 3 titles I feel should get honourable mentions.  I am a Legend, Water World and a most recent one Bird Box.

Not enough to make peace but at least I tried.