According to a research conducted by Michel Cukier an affiliate of the Clarke School’s center for Risk and Reliability, there is a cyber-attack happening every 39 seconds. Imagine that. They are not always successful but an attempted attack also counts.

In January alone this year, 1.76 billion records were leaked from breached systems. It has gotten to a point where more Americans are worried about cyber attacks than they are of violent crimes. It’s that serious. And now in the wake of these revelations, how safe are you from attacks.

Many of these attacks could easily be prevented by taking necessary measures like constant system updates and installing security software. Another method to ensure you are safe from hackers is closing all the unused gateways into your system. By this I mean open ports.

Fortunately, there are a number of great software that have been developed that will scan your network, check for all active and unused ports and also tell you which services are running on which ports. The latter is important because it can help you detect malicious programs. Hackers have been known to send malware to open closed ports.

What’s even better, these tools are completely free. So really, you have no excuse if hackers take advantage of an open port to gain access into your system.

Here are the 5 best port scanning software you can use.

SolarWinds has a number of great free tools and their Port Scanner is one such tool that will be a great addition in a System administrator’s toolset. The tool scans all the available IP addresses in a network and their corresponding TCP and UDP ports. It will then produce a list of all the open, closed, and filtered ports for you to take the necessary action.

Like all the other SolarWinds networking tools, the port scanner can automatically detect the devices in your network immediately you launch it. You can then choose to scan all these devices or limit the scan to just a subset of the available IPs. You can even target a specific device by inputting the hostname.

The port scanner allows you to save each configuration so that you don’t have to input them every time you want to start the scanning process. You can also schedule the scans to specific times so that you are always up to date with the status of all your ports.

Unlike many of the other port scanning tools, the SolarWinds port scanner uses multithreading technique to increase the speed of the scanning process. This means that at any given time, there are multiple ports being scanned concurrently.

The other thing that you will love about this tool is the filtering options it provides. It’s an important feature especially considering that sometimes the resulting list of the scanned IP addresses can be quite long. You can, therefore, filter the results to only show the hosts with open ports and then further narrow down the list to only show the open ports.

This tool also allows you to export the scan results to various file formats like XML, XLSX, and CSV which could be important when you want to conduct further analysis or present the results to your boss.

Some other functions you can conduct using the SolarWinds port scanner include OS identification, DNS resolution, and ping tests.

Nmap is an open source software that is quite popular among expert administrators. I say expert because it can be a bit challenging to a beginner mainly because of the many ways you can use to set up a connection with network hosts.

Nmap works by sending packets of data to your network. Based on the response received it is then able to identify the devices connected to your network, services being offered by the devices, the type of OS being run on these devices and the application versions.

One thing that stands out about this tool is its small footprint which is indirectly proportional to its functionality. It’s a tool that can be used to scan for open ports even in the largest networks. It’s also quite flexible with the ability to run on almost every operating system.

Nmap can be operated using the command line interface, mostly preferred by the gurus or using its free GUI called Zenmap. Newbies are better off using Zenmap. Here there is some form of guidance like already the built-in scan configurations that can be used to quickly perform ping scans, identify the hosts in your network and scan all the TCP and UDP ports. 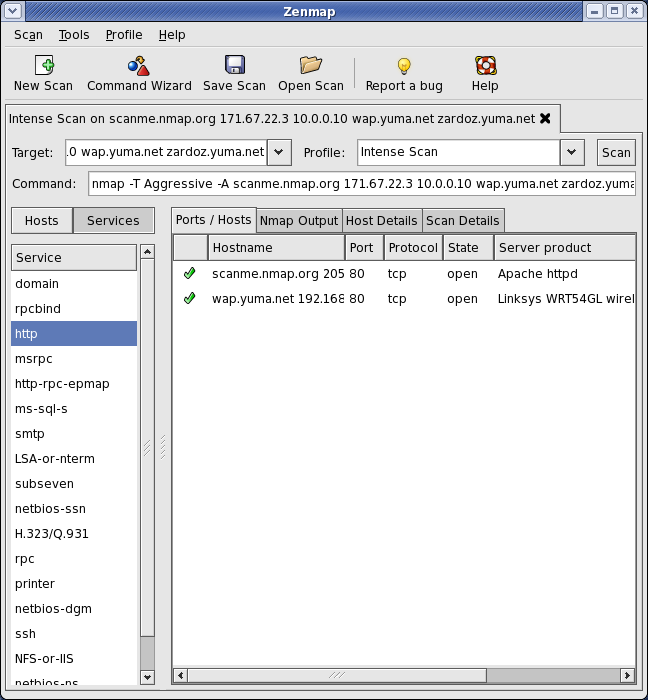 You can also configure it to perform an intense scan that works in stealth mode so that the devices being tested won’t even detect a connection.

Angry IP scanner is a free and open source software that will also be great for scanning both local and remote networks. It scans all IP addresses in your networks and checks for all their ports to establish any open and unused ports.

And one of the biggest advantages of using Angry IP Scan is the ability to extend its functionality by integrating it with other data collectors. These additional plugins will be a great way to reveal more information about each host. You can even create your own plugin if you have the technical capability. 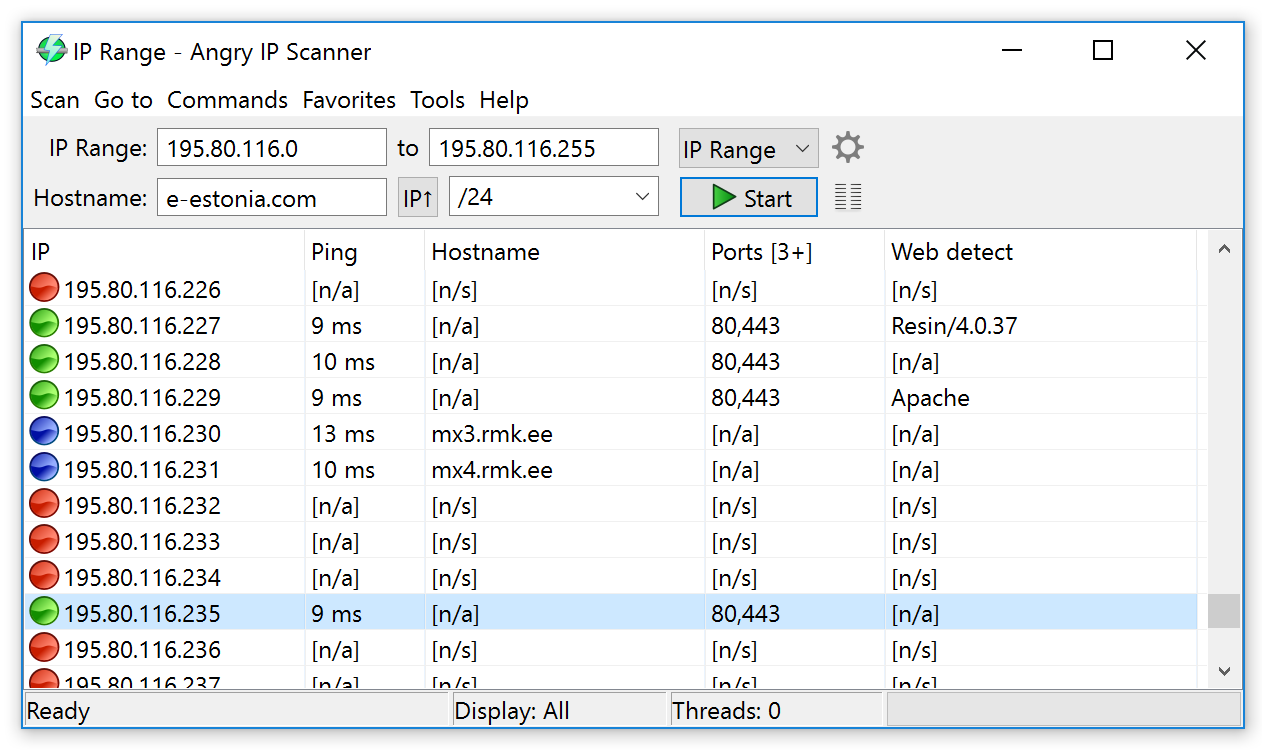 The reports generated can be exported into various formats like CSV and TXT to facilitate further analysis using other tools. Angry IP Scan uses the multithreaded scanning approach to ensure scans are completed in the shortest time.

The other good thing about this tool is that it is portable and does not require any installation. This port scanner is available for Windows, Mac and Linux OS.

Additional functions include the collection of the web server and NetBIOS information.

MiTEC is a nice tool that will be perfect even for the basic user due to its simplicity. It does not focus on much apart from port scanning and therefore the UI is less cluttered and more straightforward. Although it can also be used for hostname resolution.

The scanner sends pings to the devices in the network to identify the active hosts then further scans the TCP and UDP ports to identify which of them are open, closed or filtered. It can also be used to check the resource shares and services.

In the event that you have SNMP enabled devices on your network then the tool will automatically detect all of them. MiTEC scanner also employs the multithreading technique to facilitate faster scanning.

The scan results generated can either be viewed on the tool’s GUI or exported to CSV file for further analysis.

Although largely unknown, Major geeks developers have a bunch of software, mostly free, under their belt. These include security software, internet and multimedia tools and now Networking tools like the Free Port Scanner that we have selected as our fifth option.

It is a fast lightweight tool that can easily be used even by beginners. The tool allows you to perform scans on all the network hosts or on predefined port ranges after which it will determine open ports and the services associated with the ports. However, this tool is only limited to TCP ports.