There is no question about the spectacular evolution that has been seen in the Racing games. The simulation genre is becoming more popular perhaps because of the realism it brings and for some reason, arcade games are fading out. However, if you ask me, these games offer the same kind of thrill but in different ways. What the arcade games lack in terms of realism, they compensate with the crazily impossible stunts and manoeuvres that would be impossible to implement in the simulation games.

Nonetheless, whichever genre you prefer 2018 is a good year for you as it boasts of some of the best games to ever be played on the PS4 console. Developers have outdone themselves to ensure that you are getting the adventure of your lifetime.

This is the list of PS4 racing games that you should definitely try. It’s hard deciding which is better than the other so all I can do is give you small snippets of each and let you decide. 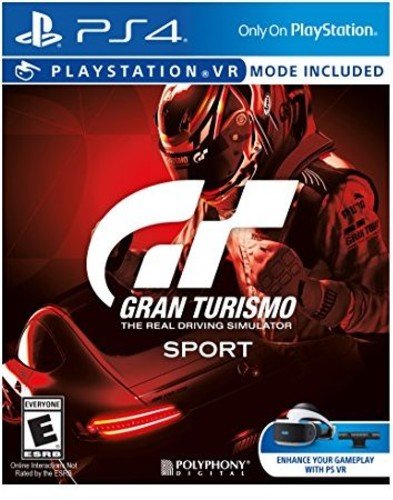 When this game first came out, it received a lot of mixed reaction from gamers. This was mainly due to Sony’s decision to make it more of an online-oriented platform. It also did not give you a lot of options to choose from in terms of cars and tracks. But Sony listened to the people and now GT sport has gone on to become one of the greatest racing games of 2018. Over the course of time, several updates have been released introducing new tracks and cars with the most recent addition being Lewis Hamilton’s 2017 F1 car.

Now the game has more single player options to choose from but if you are feeling like showing off your racing skills to the online community then GT Sport will serve you well. 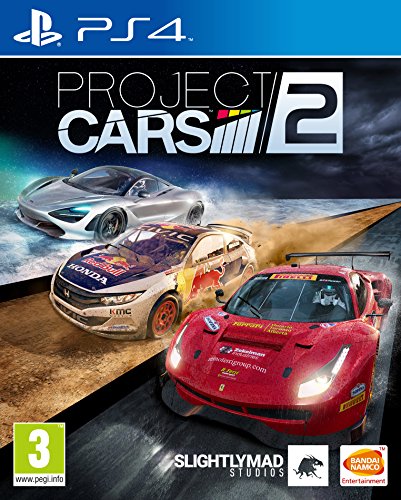 If you are a car enthusiast, you will love this game for the variety of cars it offers. It features some of the most iconic cars to ever grace the tracks ranging from old-schools such as the BMW 2002tii to modern day classics like the Aston Martin DBR1. But it gets better, you get to race on a range of tracks and under different weather conditions. Do you want to race at night on wet gravel? You got it.

Moreover, the ability to transition from a rally track to an IndyCar or a goKart is just amazing. The controls have also been greatly optimized to give you a better handle of the car. 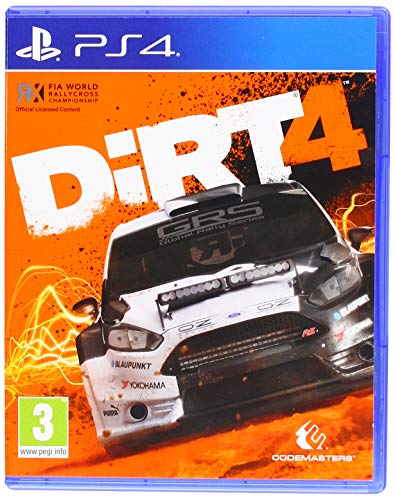 Like the name suggests, this game moves away from the conventional tarmac racing tracks to some of the most dangerous tracks you will encounter in PS4 racing. It calls for absolute concentration and precision as is required in any rally racing game. The game also allows you to create your own track and challenge friends to try and beat it. You can choose to play in the simulation or arcade mode.

The former is more challenging featuring trickier tracks but the joy after you beat it will be immense. 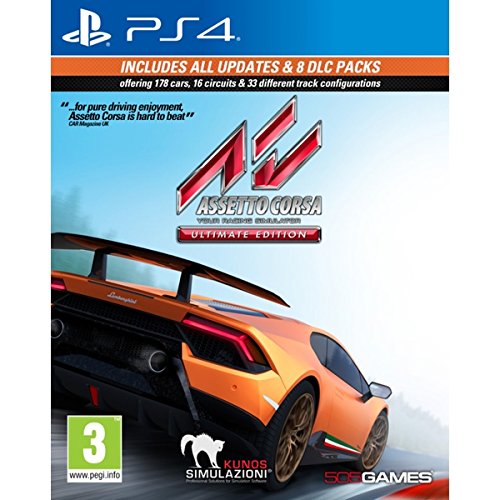 This is one game that comes the closest to giving you a real-life racing experience. The gameplay realism in Assetto Corsa is rivalled by none. Although the graphics may not be on the same level as some of the other games like GT Sport, you will barely notice as you enjoy the incredible handling detail offered by this game. The system physics applied to the cars will have you feeling even the tiniest bump on the track. You can also feel the weight of the car as you negotiate corners and brake. This game will particularly auger well with passionate racers.

The amount of detail put in the physical and control aspects of the racing cars may be overwhelming to a casual racer. 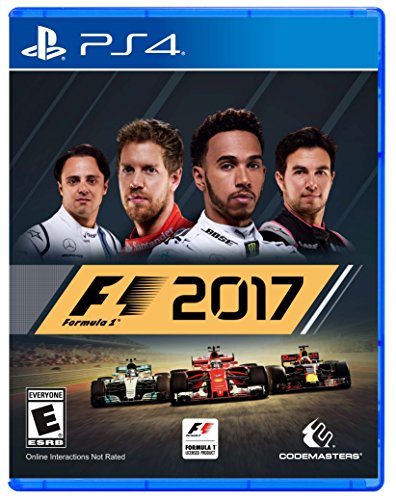 The Formula one sport is one that fascinates even those that claim not to love racing? It’s awe-inspiring. To give you a glimpse into the world of this glorious sport, Codemasters have made a point to release a Formula one game each year featuring all your favourite drivers. While the previous versions of the games have left a lot to be desired, F1 2017 brings it all out. You will find the career mode a bit forgiving and is a great place to start before you can immerse yourself into the more competitive online multiplayer and single-player options. You will be able to unlock various skill trees as you advance through your career.

As a bonus, the game has also incorporated some of the most famous cars to ever compete on the F1 stage. 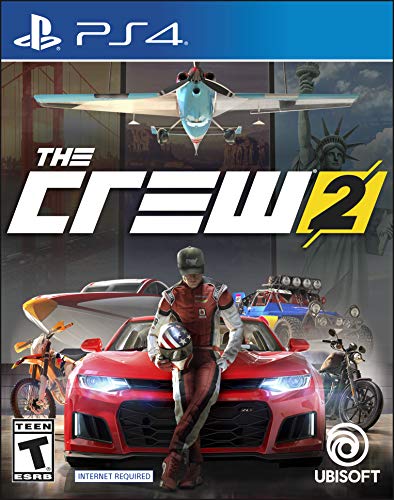 If you are looking for a racing game that does not confine you to the racing tracks, you will love The Crew 2. This game wades off the conventional storylines you will encounter in other open-world driving games. It casts you as an up-coming racer seeking to establish their name in the US underground racing. Ubisoft has gone an extra mile to add boats and planes that you can use to explore the city. The underground racing is controlled by four families with each having a unique style of racing that you will have to adhere to.

As you win more races, you will gain more followers and rise through pre-determined social status levels starting from the rookie level and ending at Icon level. 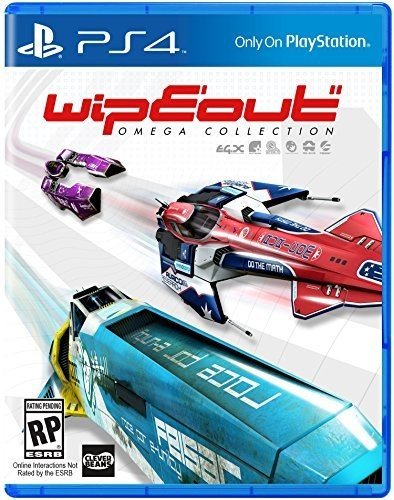 This is a combat racer game that is known for its anti-gravity races. The Wipeout game has been available on all Play station consoles since 1995 and now, the Omega collection brings together all the elements that were in all the other games in 4K resolution. The graphics are amazing and combined with the superb soundtrack, it will definitely evoke a feeling of nostalgia for those that played the previous versions.

One great thing you will love about the game is the super speed in which the futuristic hover crafts can move. One wrong move and you lose the race. 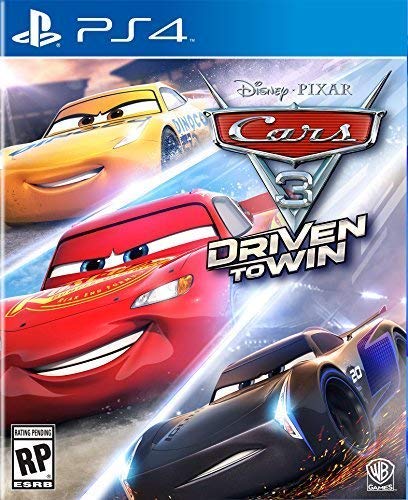 This is an awesome racing game that is based on the Pixar animated movie, Cars. You will have access to over 20 characters including Lightning McQueen, Cruz Ramirez and next-generation racers that you can customize as you proceed through the game. There is no shortage of adventure as you compete in over 20 tracks that have been designed to resemble popular real-life racing courses. You can practice your skills in any of the 6 modes available in the game before challenging your friends or family.

This game has managed to perfectly bridge the age gap so that kids and adults can all enjoy the game. 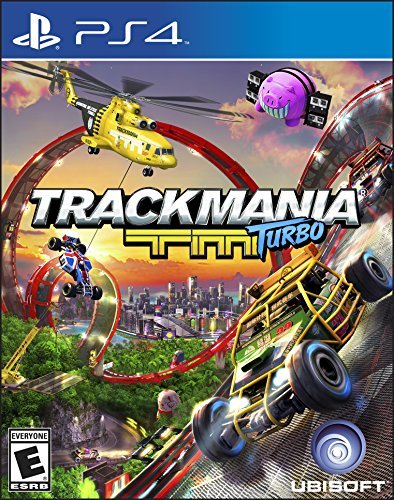 This is an arcade racing game that will have you hooked as you try to proceed to the next level. It comes with four different environments in which you can race. Each environment has different racing tracks and a unique set of challenges. For instance, in the roller coaster park environment, you will have to navigate through winding coaster tracks while ensuring that you do not fall off. The over 200 racing tracks ensure that you do not get too used to any particular track. However, these tracks get unlocked as you advance through the campaign mode.

Progressing to the next level can become quite frustrating when sometimes you have to repeat a particular track more than 3 times but it’s this desire to beat the level that draws you more to the game. 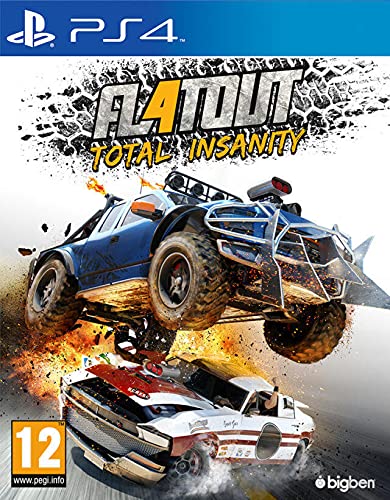 With what can be perceived as an epic failure of its predecessor, FlatOut 4 did not really have to do much to be great. However, FlatOut4 has done more than surpass its predecessor. It has earned its place as one of the best racing games. It brings in  a demolition aspect where you have to destroy every car in front of you to finish first. It also incorporates about 20 game modes to choose from ranging from survival, beer pong, to time trial where you have to cross the finish line in a limited time.

You can play the single-player mode and update the stats to the online scoreboard to assert your supremacy or you can pair up with a friend and do the bashing together.