Error 0x800700b7 means an unspecified issue has occurred, which is preventing the Application which in this case is the rstrui (System Restore) application to restore the system to an earlier restore point.

This error is usually triggered when an antivirus or a firewall (third-party) mostly denies the System Restore utility access to files which the antivirus or firewall flags as secure/not changeable. Since the error message says “Unspecified” we can only guess what has cause the issue, but in general this can also be triggered by corrupted system files, registry etc.

In this guide, we will list a method to remove/delete Task Cache from the Registry which has helped a number of users in addressing this issue. 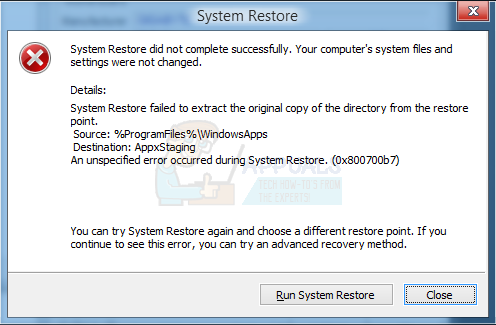 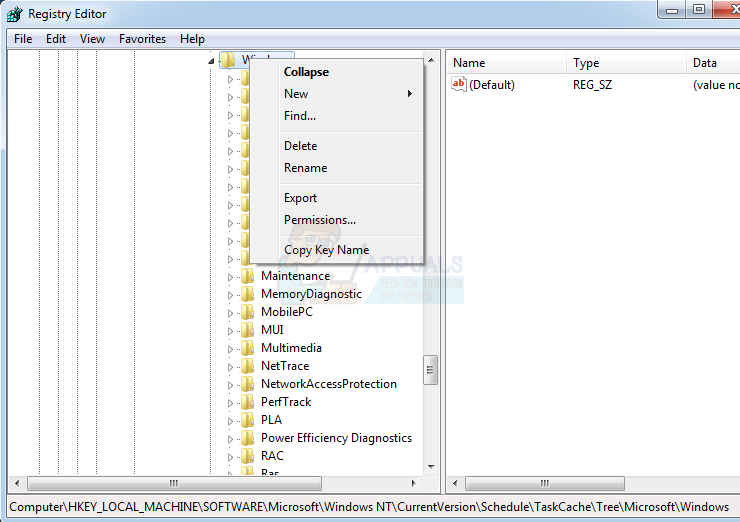 You should be able to use your computer and not worry about this error at this point. While some people might think that this is a trivial error that can easily be neglected, registry errors can get much more serious and cause more issues with your device than you could solve, causing you to reinstall the entire operating system. To avoid this, follow the steps in the guide above, and you won’t ever see this issue again.