Squad is a realistic multiplayer military FPS developed by Offworld Industries. The game features intense 50v50 combat with vehicles, base building and large maps. Squad was launched as an early access title in December 2015 on Steam.  Alpha 11 came this week and added a lot of content, including a vehicle with a steerable missile, an Afghani themed map and much more.

The British Armed Forces are the new faction introduced in Alpha 11. This faction utilizes armored vehicles to maneuver the battlefield and uses a bullpup-style primary weapon, the L85A2.

A total of nine weapons have been added, most of them used by the British Armed Forces. A sidearm, a sniper rifle, and a grenade launcher are amongst the new additions. The Russian Forces now have the PKP machine gun available to them. Militia and Insurgent Forces can now use a modified version of the AK74, which feature varying sight and zeroing options.

The M2A3 IFV is a heavily armored vehicle available to the US Army. Currently, it is the strongest vehicle in the game. The M2A3 comes equipped with two TOW missiles that can be guided by the user mid air.

For the British Armed Forces, the FV510 is an armored vehicle which can carry up to nine passengers. The IFV has a 7.62mm machine gun and a 30mm auto cannon mounted on it.

Alpha 11 changes ADS times, recoil, camera shake, and animations. Jumping, vaulting and climbing have had their stamina costs changed. Stance changing animations are now 30% faster. Time to aim down sights for all weapons has been adjusted. 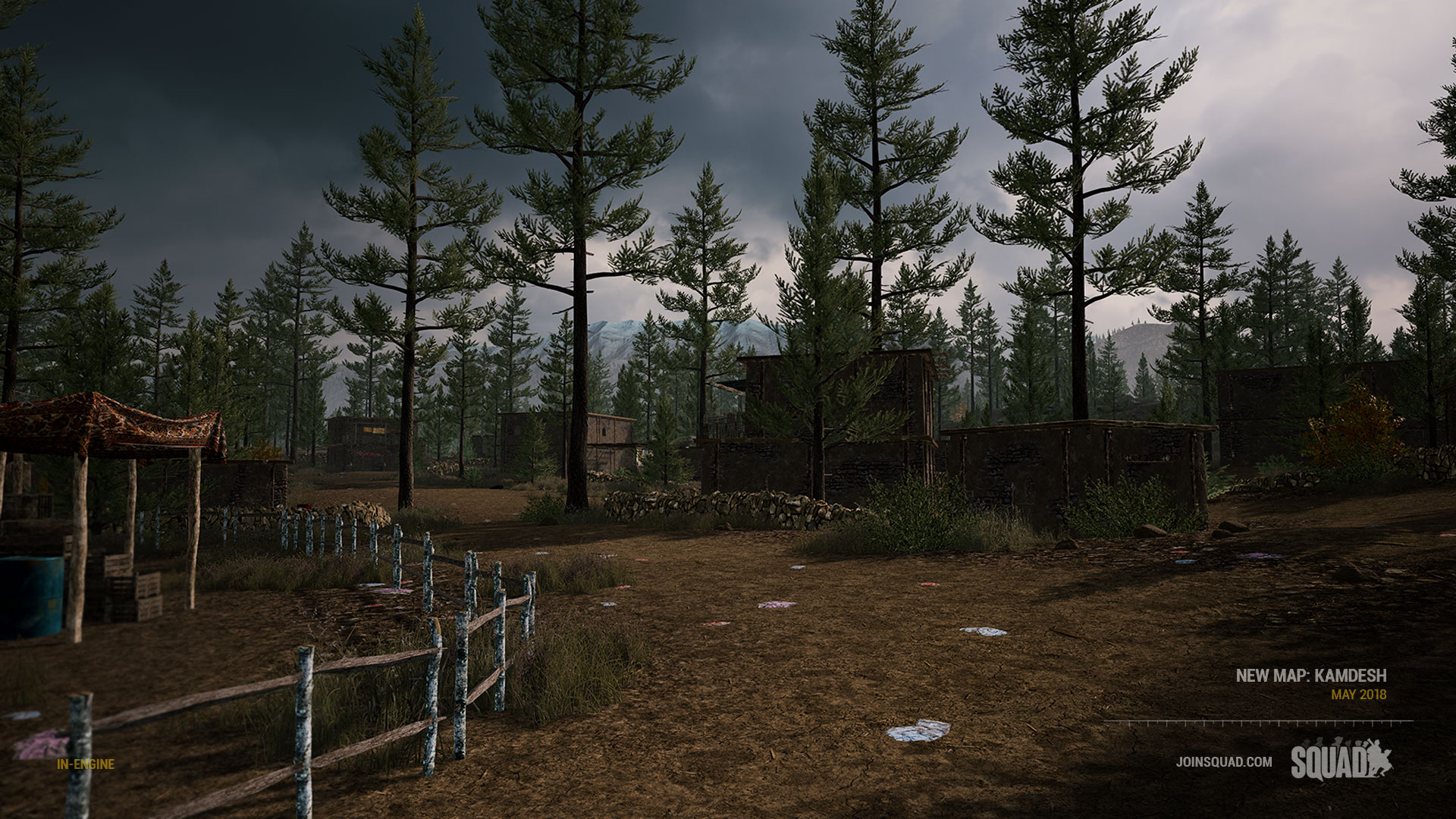 Kamdesh Highlands is the new map set in the eastern part of Afghanistan. The map features mountainous terrain with a few structures scattered around the landscape.

The remainder of the update contains a number of bug fixes, general tweaks to audio and improves the user interface. You can read about all the changes in detail in the patch notes.