It’s this time of the year again and tech enthusiasts everywhere are waiting for Qualcomm to unveil the Snapdragon 855. The 800 series from Qualcomm is the flagship bearer on the Android camp, so there’s usually a lot to look forward to.

It seems we have some early numbers before launch and it looks very impressive on first glance. 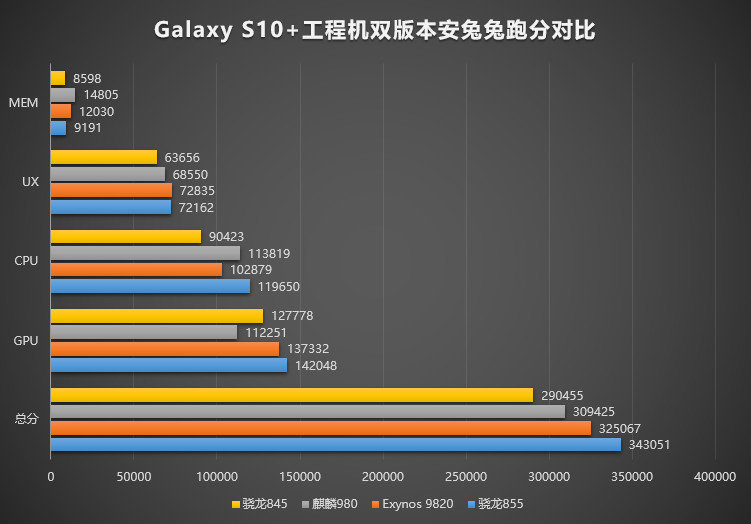 Without any doubt, the 855 comes out on top with a score of 343051 in Antutu. Surprisingly the Exynos 9820 tails behind with a score of 325067, beating out the Kirin 980. A closer look at the charts show quite a significant variation with different workloads. For example, in the GPU test the Kirin 980 lags behind every other chip whereas in the CPU test it comes very close to the Snapdragon 855, beating out the Exynos chip.

One of the bigger changes this year, in comparison to the previous year’s Snapdragon 845 will be the shift to a more efficient manufacturing process. The Snapdragon 855 will be Qualcomm’s first 800 series chip to be on 7nm (TSMC Foundry).

Mobile gaming has somewhat taken off with the interest generated by PUBG and Fortnite on phones. This trend is most likely to continue on a upward curve as more and more consumers weigh in graphical perform of devices in their purchase decision.

Qualcomm knows this well and looking at the GPU scores from the data above, it seems adequate care has been taken in the GPU department. The Snapdragon 855 will be paired with the new Adreno 640 and we will get more details in their launch event today.

Performance Can Increase On Final Release

According to Gizmochina, the test results are from a S10+ with the Snapdragon 855. The device is probably an engineering sample, so there’s definitely a possibility of better performance with an official launch.