September 30th marked the end of Q3 2018 and Snapchat had announced its net turnover. In Q3 of 2017, Snapchat incurred a loss of $178M. Whereas in 2018’s third quarter, Snapchat had incurred a loss of $138M. Up until Q3, Snapchat lost a total of $325M. This turned out be rather timorous for Snapchat because, though snapchat has incurred lesser loss compared to last year, it couldn’t meet its expectation which it announced earlier this year. Snapchat was ambitious to say that they would turn a profit in 2018 despite facing heavy losses.

What was most astounding about Snapchat’s loss was its loss of 1 million Daily Active Users (DAU). The significance dates back to their IPO in March of 2017 when there was barely a revenue model and a user interface that was changing frequently, upsetting their users. By February 2018, snapchat had reached a point where its users were so frustrated by how often Snapchat was changing its user interface. With every other update, users had to re-learn how to use snapchat. Being a frequent user snapshot for a long time, this is something very relatable.

Kylie Jenner, American reality television personality, model, tweeted saying, “so does anyone else not open Snapchat anymore? Or is it just me…ugh this is so sad.” Kylie Jenner has over 25 million followers on twitter and this was obviously not a good thing for snapchat. After her post went viral with over 270,000 likes, snapchat’s stocks plummeted. Things have not been going Snapchat’s way ever since. The company still seems to be in high spirits in spite of its recent downfall. It believes that it will gain profits, but just not in 2018.

While IOS users seem to be responding well with not as many DAU losses, it was android users that made up most of the loss. Taking this into consideration, snapchat is aiming to tackle the issues with two methods. “Project Mushroom”, an internal codename for a redesign of the Android application. Though change in user interface got snapchat to lose millions of user, Snapchat believes that changing what the users had issues with earlier will prove profitable in terms of DAU. The second approach is lowering the bandwidth usage on their app for the user which is supposed to reduce the data usage of the app as this was one of the main reasons snapchat lost many users.

This is an exciting phase for users because there is no information about the Project Mushroom as to what the update entails, when it will be launched, and how it will manage to regain its DAU. The only way to find out is by sticking around. 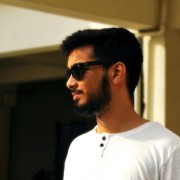 Snapchat Has a Disappointing Earnings Quarter, Plans Changes Ahead To Bring Back Lost Users