Jailbreaking has long been used to customize the user experience on Apple devices such as the iPad, iPhone, and iPod. For those of you who don’t know what jailbreaking is. It involves bypassing the restrictions Apple puts on the operating system and taking full control of the device. With a jailbroken device, you can install apps and tweaks that aren’t authorized by Apple. You also remove the tough security protections that Apple has built into iOS. Over the years, there have always been questions asked regarding the legality of jailbreaking, and it’s safe to say the process of jailbreaking your iPhone, iPad or iPod touch is legal in the U.S. for the time being.  You can read more about the pros and cons of jailbreaking here.

At the end of January, well-known hacker @Geosn0w announced the release of an incomplete tool for developers that worked with iOS versions 12.0 to 12.1.2, the tool was called OsirisJailbreak12. The tool only performed the necessary steps of acquiring the jailbreak, however, it did not install Cydia. The tool was published on the official GitHub page, and its main objective was to get other hackers to complete the tool and get an iOS 12 jailbreak available for the general public.

Today, Reddit user Samg_is_a_Ninja posted a video showing how Siri is able to install Cydia with the jailbreak of Unc0ver. This jailbreak is claimed to be built upon the OsirisJailbreak12.

[Upcoming] jailbreaking iOS 12 with siri/shortcuts and unc0ver! from jailbreak

As we can see from the video, as soon as the developer said the Siri Shortcuts hotword, the Unc0ver app was launched. After the installation of some files, the iPhone restarts with Cydia installed.

Unfortunately, this was a mere demonstration. The jailbreak is not yet available for the public as it is still in the testing phase. Hopefully, we can see a public release soon. Moreover, we have confirmation that this tool will not be compatible with the iPhone XR, iPhone XS or the iPad Pro 2018 due to their A12 Bionic processors. But hopefully, in the near future, we can see developers adding support for the A12 Bionic processors. 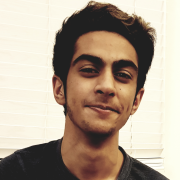