Faster data transfer and read speeds are the needs of the modern day tech-heads, and Samsung has delivered. The company has just announced its X5 Thunderbolt 3 NVMe that is faster than most SSDs out in the market right now.

According to Samsung, X5 Thunderbolt 3 can transfer a 20GB 4K video file in 12 seconds.  The company claims that the new drive is 5.2 times faster than SATA interface SSDs, and up to 25.5 times faster than external HDDs available in the market.

The driver comes with three variants in terms of storage capacity and two colors. You can get the drive in Red or Gray. As for storage capacity, we have 500GB to 2TB storage options.

Elevate your storage tasks to ultimate heights on PCs and Macs with Samsung’s fastest-ever portable SSD. Designed with Thunderbolt 3 ports*, the X5 is perfect for tech-savvy professionals who want to render or compile high-resolution contents without missing a beat. Its thermal management and password protection offer both comfort and security.

The X5 is here to quench your thirst for advanced technology. Thunderbolt 3 delivers up to 40 Gb/s. Equipped with the astonishing speed of NVMe interface, the X5 assists with handling heavier data at blazing speeds.

Samsung X5 Thunderbolt 3 isn’t yet available in the market. However, preorders for the driver are now live. You can grab a unit from Amazon. 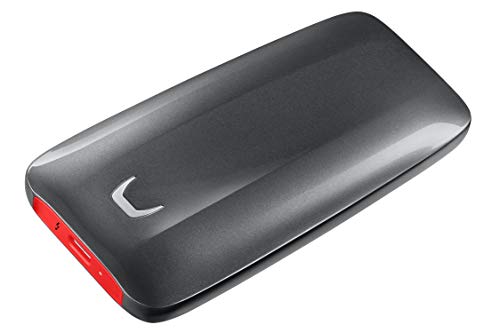 Faster speeds come and higher prices and it would be interesting to see if buyers consider the price to performance ratio justified. Samsung’s Thunderbolt 3 is 3 times faster than regular SSDs that are easily available for between $100 to $300.

Do you think Samsung X5 Thunderbolt 3 is worth the money was given its performance?