Under its Toughbook series, Panasonic has been selling rugged devices for quite a long time. A recent announcement made by the company declared that Panasonic Toughbook FZ-T1 is out in the market as a new smartphone. Similar to other Toughbook devices, this new addition to the series has arrived with quite an expensive price tag. The price tag seems to be slightly surprising, considering the mediocre specifications that it is offering. According to tech experts, this also cannot be compared with other regular Android smartphones because of its specific niche.

As far as the specifications of FZ-T1 are concerned, it comes in WiFi + LTE  and WiFi only variants. The cost of the WiFi variant is approximately $1515, whereas the price of WiFi + LTE variant is $1615. It comes with a warranty of three years and will be available in the market all over Europe. In addition to other usual smartphone specifications, this version of rugged smartphones also comes with a 1D/2D integrated barcode scanner. The function is performed by two customizable physical buttons on both sides of the device for carrying out quick scanning. 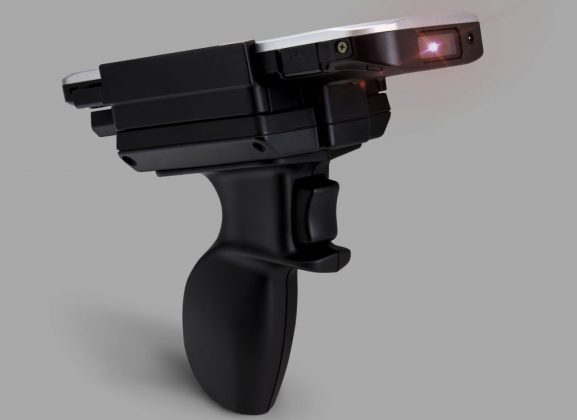 The smartphone has also been given the certification of IP68 for its dust and water resistance and MIL-STD-810G certification for durability. It has a 5-inch HD (1280 x 720 pixels) display on the front with Glove and Rain modes. Panasonic has also put up a stylus known as passive pen for selling. This version of Panasonic rugged smartphones comes with a 32-bit Qualcomm Snapdragon 2010 quad-core processor which is clocked at 1.1 GHz.

In the realm of storage, it possesses only 2GB RAM and 16GB internal storage which is not really much. It is backed by a removable battery of 3200 mAh and supports a warm swap function through which the user will able to replace the phone battery without having to manually switch off the phone. It also has a 3.5mm audio jack along with a MicroUSB port. In addition to all this, it also has a dock connector for connecting any additional accessories. Running on the latest Android 8.1 Oreo, the device runs on minimum customizations to the UI.

Its measurements comprise of 154x75x13.1 mm whereas its weight stands at 240 grams. Intelligent noise cancellation is made possible through three microphones.

The smartphone has been mostly met with negative reviews with many terming it as not even worth trying due to the heavy price tag it comes with. Owing to the availability of cheaper alternate smartphones by Chinese manufacturers, it seems unlikely that this would remain a popular choice with the smartphone users.

Rugged Smartphone based on Snapdragon 210 Costs More than iPhone X