The benchmark supposedly indicates that the RTX 4090 scores more than 19000 points in Time Spy whereas last generation’s flagship GPU, the RTX 3090 FE scores just 9955 points in the same test. These results show that the RTX 4090 has a ~90% performance lead over its Ampere counterpart. 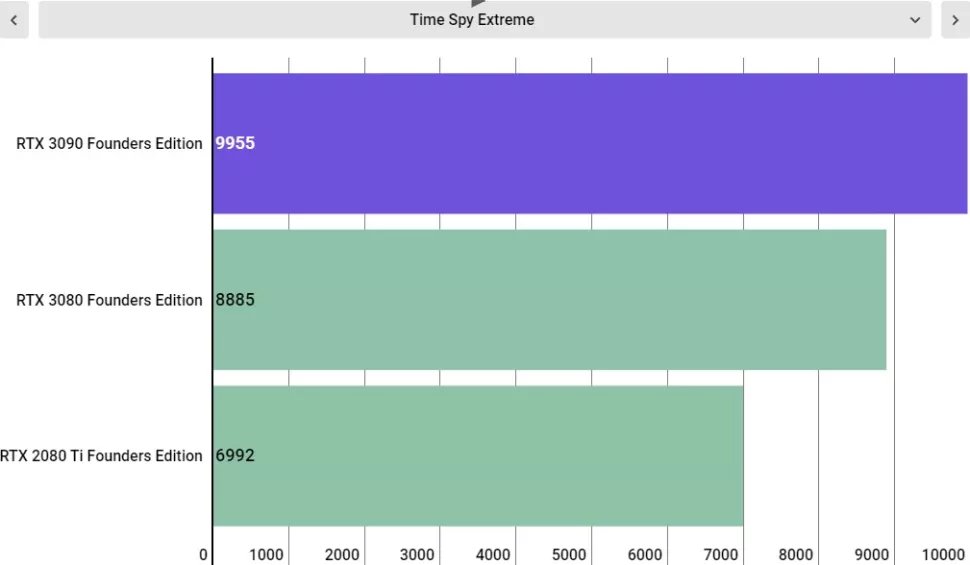 These benchmarks should be taken with a grain of salt as one result never tells us the full story and the RTX 4090 may lag behind in various other benchmarks. Similarly, the actual gaming performance is still unknown.

From this leak, we can make out that Lovelace may have a significant performance increase as the RTX 4090 consumes upto 450W of power (rumour) which is 35% more than the 3090’s TDP while providing nearly 90% more performance.

The RTX 4090 reportedly features a cut-down variant of the AD102 chip, so it is safe to assume that the full fledged AD102 used in the 4090 Ti will pose a serious threat to AMD’s RDNA 3 based GPUs unleashing the full power of Lovelace.

NVIDIA is set to release its next-gen flagship SKUs sometime in the next few months. Therefore, more leaks and comparisons are expected as time goes on.

With a love for computers since the age of give, Abdullah has always sought to delve into the depths of information, and uses it as his guiding light. He believes success is of utmost importance as history is written by the victor.
Trending
Back to top button
Close
Close
Close