Rimworld is a colony building simulator in which the player controls the growth of a colony consisting of workers/colonists. In-game events, such as raids and mad animals, are controlled by an intelligent AI storyteller. The difficulty and frequency of the events will depend on which storyteller and difficulty you choose. The game is currently in Alpha (A17), so this guide is subject to change.

The first thing you do when you start is select a scenario, pre-made, custom, community made, or randomly generated via seed. 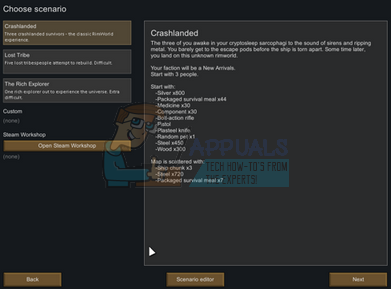 The player then has to select an AI storyteller and pick its difficulty. There are 3 different storytellers who each control the events in a unique way. 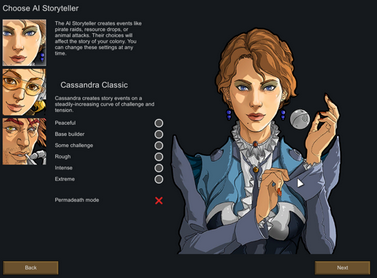 Cassandra Classic is the most beginner friendly one, as she increases the difficulty of the game steadily. I’ve found her to be the best AI because battling the events she throws at you is challenging and fun at the same time. 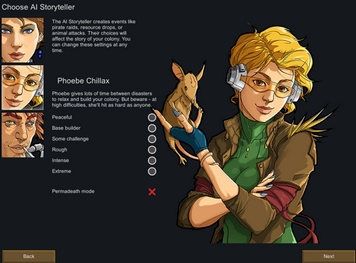 Phoebe Chillax is the storyteller of choice for people who want to relax and build a colony without having to worry about dreadful disasters. In my experience, the first 1 or 2 in-game years are very boring but after that raids start to become a real hassle to deal with. 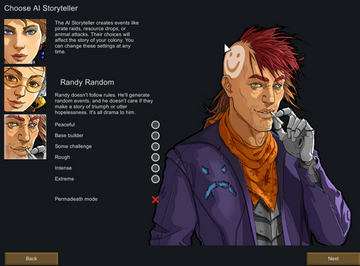 The last, and surely the craziest out of the bunch, is Randy Random. This particular storyteller has no understandable pattern to his actions. You might get attacked multiple times in less than a week, or you might go seasons without any action. Once you get a feel for the game, I recommend you give Randy Random a try. It’s very hectic and a definitely a lot of fun dealing with his antics.

For an extra challenge, you can enable ‘Permadeath mode’ which does not allow multiple saves so you cannot load previous saves to avoid disastrous events/tragedies.

After you have selected a storyteller, the game will then create a world based on the seed you have provided. 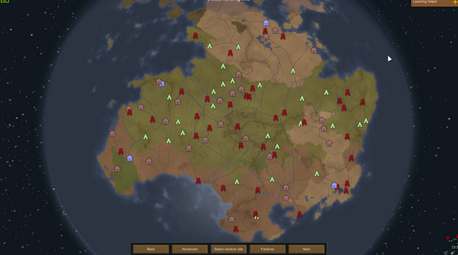 On the globe, you can see there are multiples tiles with an array of different biomes. The biomes have an effect on the wildlife, temperature, rainfall, plant growth, and many other things. 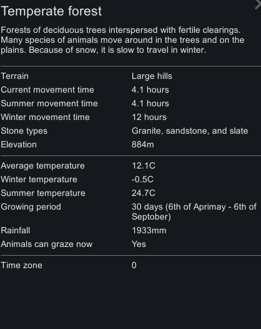 Click any land tile on the globe to see details about its environment. Ideally, you want a large hills terrain with at least 30 days of growing time and an average temperature of about 10 to 20 degrees Celsius.

The factions tab will contain information of relations of the factions with each other, and the player. 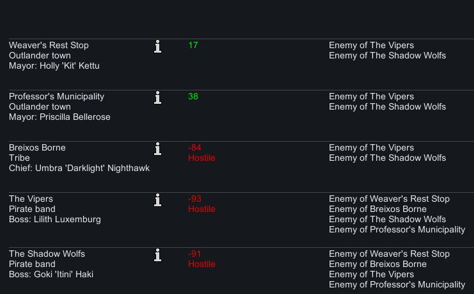 Once you have selected a starting location, the next task is selecting your colonists. 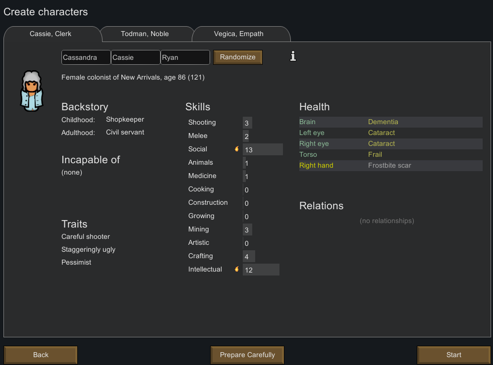 A good rule of thumb is to keep randomizing your colonists until each of them are healthy and are incapable of nothing. Traits also have a big impact on colonists’ lives. Try to avoid picking colonists who are depressive, pessimist or abrasive. Some good traits to have are a hard worker, sanguine, optimist etc.

Now the real challenge begins. The map layout is determined by the biome and terrain you chose. In the default crash landed scenario, you will start with some wood and steel, a few days’ worth of food rations, a pet and some basic weapons. 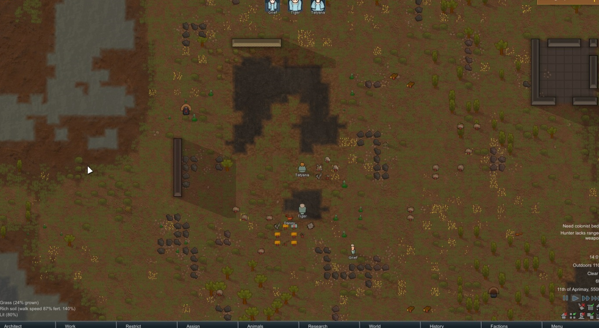 Equip you colonists and start your colony on this Rimworld.