In July of this year, the business announced that they will be releasing up to three gaming monitors, two of which would have MiniLED backlights and one of which would have mmWave wireless projection technology. The new gaming display from Red Devils, the Red Magic, offers the most recent mmWave technology for quick response times and sharp visuals. The Red Devils display has one HDMI 2.1 port and a USB Type-C 4.0 port for charging devices up to 90W and serving as an extra display port for physical connections. 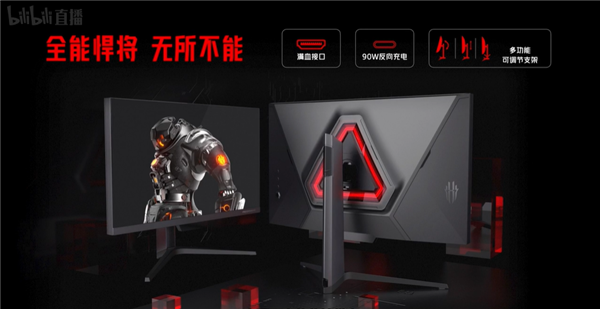 The latest gaming display from Red Magic is a manufacturing marvel. This new gaming display, measuring 27 inches, supports HDR1000, has a deep contrast ratio of 1,000,000:1, and has ultra-low latency rates of 1.7 milliseconds. The panel is built with 7.0 second-generation technology from the manufacturer AUO. The ultra-wide 3840 x 2160 pixel screen resolution allows for wireless projection up to 30 meters out from the display using mmWave technology. 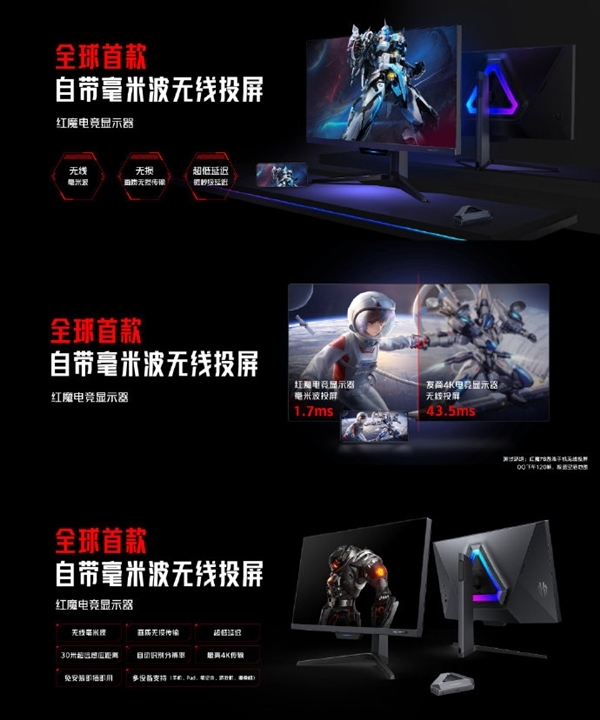 With quicker speed, higher frequencies, and lower latency levels, millimeter-wave wireless projection technology, also known as mmWave, enables users to wirelessly project from a mobile device to a display. Given the parent corporation that controls this sub-brand, it seems logical for Red Devils to provide this kind of technology. ZTE, the parent firm, owns the smartphone brand Nubia, which is the owner of Red Magic. Since the late 1990s, ZTE has been a player in the phone industry. This year, the company chose to expand into the market for computer components.

The business mentioned up to three screens when it was initially shown earlier this year, with one delivering 2K resolution and two offering 4K resolutions, with one of the later monitors showcasing the integration of mmWave technology into the display. A DisplayPort connector and many HDMI ports were also released publicly. There is just one HDMI connector and one USB Type-C port listed in the advertisement for the present display, and it is uncertain if there will be other ports disclosed soon after debut.

On October 10th, the three monitors are anticipated to go on full pre-sale, although their prices have not been made public.