The Razer Core has been out for a while now and it is a great option if you need a laptop but also are a gamer. The drawback of the original Razer Core was that it was very expensive indeed and you did have to get a separate graphics card in order to do anything with it. Now we have the Razer Core X, which is a bit cheaper version and it also supports MacOS.

In order to plug this into your laptop, you need to make sure that your laptop does indeed have a Thunderbolt 3 port. That is very important for compatibility and without it, the Razer Core X is just a useless Black box. Razer Blade Stealth, Razer Blade, and Razer Blade Pro will work fine with the graphics card enclosure. 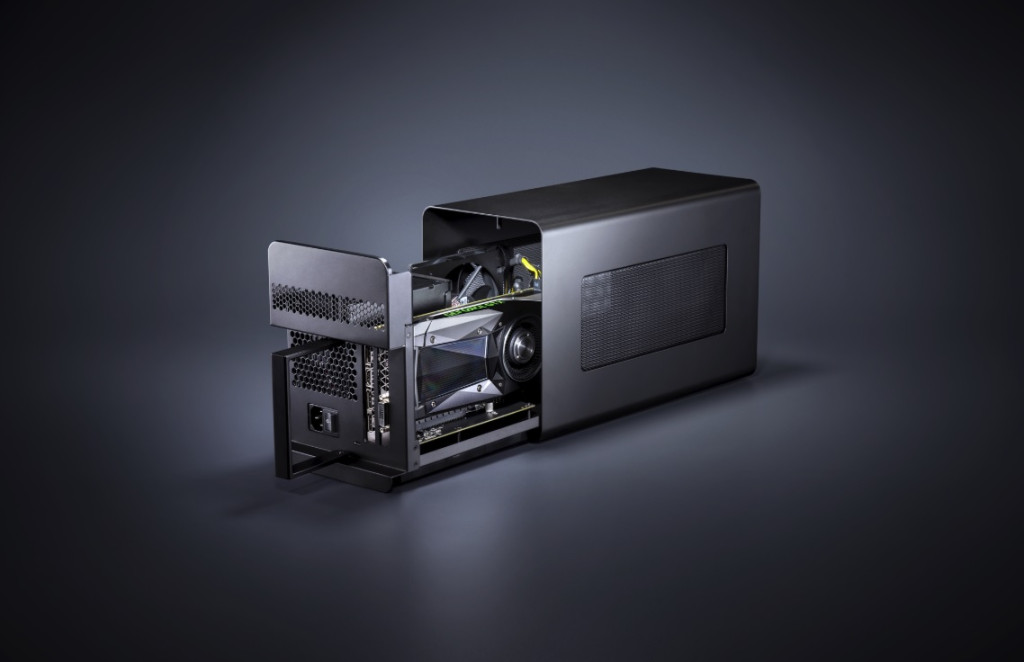 The Razer Core X costs $299 so what are you losing here as compared to the Razer Core V2? You are losing features like USB and Ethernet ports and Razer’s Chroma lighting. If all you need to do is add more graphics power to your laptop then the Razer Core X is more than capable of doing that without making a fuss. The following are the Nvidia graphics cards that are supported:

The following are the graphics cards from AMD that the Razer Core X will support on both PC and MacOS:

Other cards that are supported only on PC are as follows:

Let us know what you think about the Razer Core X and whether or not this is something that you would like to get for yourself keeping in mind the less expensive nature of the product.