The first season of the third year of Rainbow Six Siege is about to receive a major patch. While it will not add new content, the mid-season patch will bring buffs and nerfs to nine operators. Ubisoft shared the designer notes of the upcoming patch in which they explained their reasoning for the changes. A couple of these changes were first tested on the technical test servers, and now are being pushed to the live build. 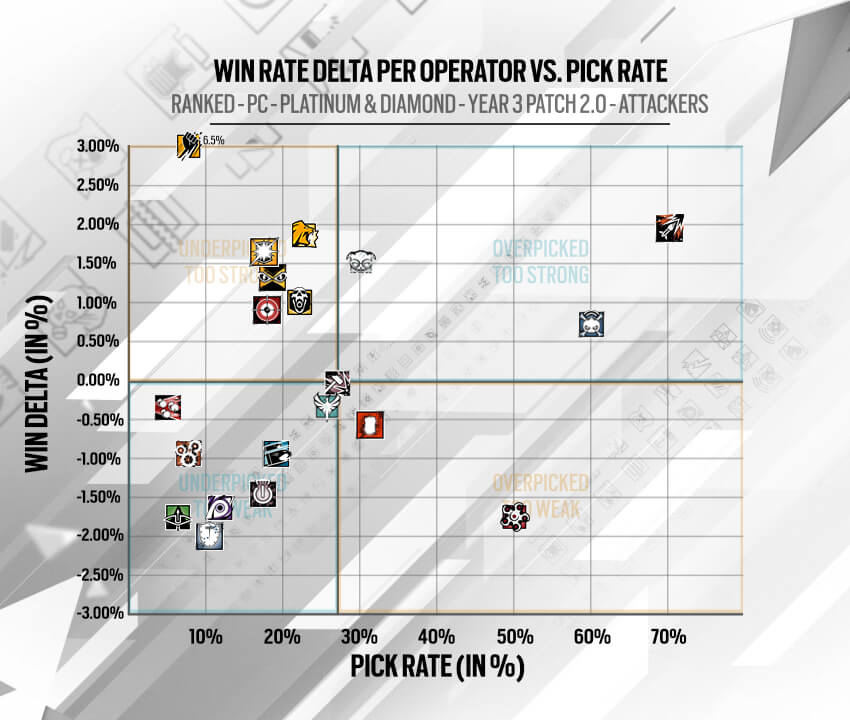 Starting off with the most significant one, Finka’s adrenaline boost is getting changed and her stun grenades are being replaced with frag grenades. The ability duration has been shortened to 10 seconds and the aim down sights speed modifier has also been reduced to -25%. Dokkaebi’s claymore mines will be replaced by stun grenades.

Another operator whose pick rate is low is Jackal. Ubisoft considers this operator as “a little weak” and has increased his scanner range from 5 meters to 8 meters. Similarly, Ubisoft wanted to improve Frost’s power by buffing her weapons. Her SMG damage has been increased from 43 to 45 and shotgun damage from 32 to 35.

On the other side of things, IQ’s frag grenades will be replaced by claymore mines and her electronic detector range will be reduced to 15 meters. The reasoning behind this change is her exceptionally high pick rate in pro league. IQ is an operator with a lot of “fragging power and utility”, and these nerfs will “make room for other operator choices.” 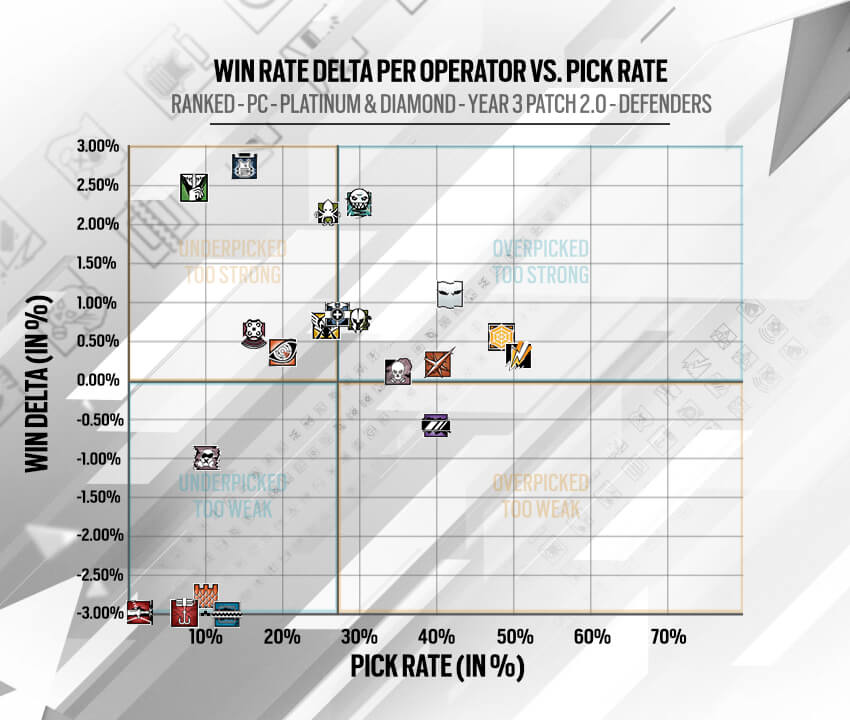 Blackbeard will be receiving a nerf as well as some necessary changes to his weaponry. Firstly, the hitpoints of his rifle shield will be reduced to 50 from 60. Fortunately, he will not be as slow as now he will move 30% faster with his shield equipped. Over the past few seasons, players have been leaning towards the SR-25 DMR because of its insane damage. Hence, the damage of the DMR has been reduced to 61 from 72 and the damage of the MK17 will be increased to 49 from 42.

With the major changes covered, there were a few other minor ones as well. Barbed Wire received a minor buff and now slows down attackers by 50% instead of 45%. The damage of Twitch’s FAMAS was reduced by 3 points to a total of 37. Similarly, Glaz’s OTS-03 damage was reduced to 71 from 85. While both of these operators aren’t considered overpowered, they were strong in nearly every situation and, as a result, had a very high pick rate.