As we approach the start of Operation Para Bellum, the second season of year three, Ubisoft has begun to slowly reveal the upcoming content. Ubisoft kicked things off earlier this week by revealing the new map, Villa, followed by the recent announcement of Alibi, one of the new defenders.

Ubisoft posted the first Operation Para Bellum trailer which showcased Alibi and her holograms. You can check out the video here:

Ubisoft describes playing Alibi as a “battle of wits with your opponents.” We can see from the trailer that Alibi utilizes holograms on the battlefield. No details regarding the working of her gadget have been revealed yet.

“The character of Alibi was inspired by undercover infiltration specialists in the Italian Raggruppamento Operativo Speciale unit. She is a cunning woman with a gift for infiltrating dense networks of organized crime.

Her name is Aria de Luca. She was born in Tripoli, Libya and immigrated with her family when she was three years old. Her father managed a small ordnance manufacturer, using his contacts to open up exports. De Luca earned her understanding of Italian firearms through the family business and training on the shooting range. At 18, Aria entered the European Championships, and won gold in two divisions. Following the event, a Carabinieri recruiter convinced her to join the police force.

De Luca’s precision shooting skills shot her up the ranks, and she served for a time with the elite Raggruppamento Operativo Speciale in fighting organized crime. She eventually earned a spot in the Gruppo Intervento Speciale (G.I.S.), and following a successful operation in Afghanistan despite being separated from her unit, she was singled out for undercover work in organized crime. She infiltrated the Vinciguerra Crime Family and spent several years among them before bringing them down from the inside.” 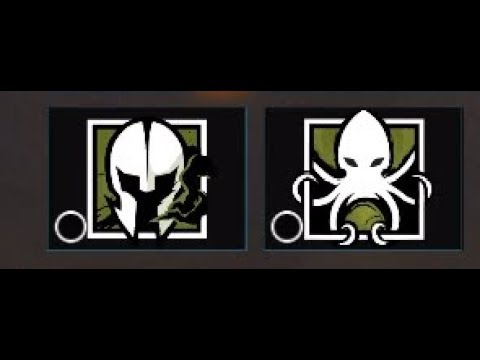 Operation Para Bellum will be introducing a Pick and Ban system to the game once it launches. The working of this mechanic was explained in detail earlier this week and we caught a sneak peek of the new operator icons during the explanation videos.

Fans have speculated that the icon on the right belongs to Alibi, and the one on the left is Maestro’s. Technically, the icons have not been officially released so its entirely possible that they are not final.

As is the case with every season, the full reveal of the Operation Para Bellum will be broadcasted live on the Rainbow 6 Twitch and Youtube channels after the Pro League Finals on May 19th – May 20th.