Radical Heights, a Battle Royale game by Boss Key Productions, was launched as an early access title a few weeks ago. The game received its second update this week which added a new gadget, cosmetics, improved BMX mechanics and other changes. 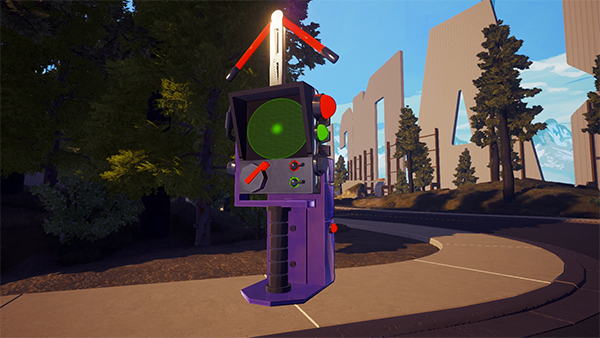 The Scanner is the new deployable gadget. When deployed, the scanner will display the last known location of your enemies within a certain radius. After the scan is complete, the locations will be marked on your minimap temporarily. It is not perfectly accurate and will only locate the general locations of players.

As the only vehicles currently available in the game, it is important to make sure that BMX bikes are a viable option. The map now has wooden ramps scattered around for BMX riders to perform stunts on. Bike handling has been improved as riders will have more air control. Bikes will not spin out as much when coming into contact with curbs and bumps.

The patch has added a multitude of cosmetic items, including hairstyles and dance moves. The Prize Room is the new customization center where you can access all your cosmetics easily. The Prize Room features Kill Card and character options and you can now sort your inventory by “owned” items.

Radical Heights has had a number of bugs and performance problems and this patch improves the situation. Switching between weapon sights or scopes is now smoother and the game has been optimized further. Players who faced performance issues should see an increase in FPS. Server region selection has been optimized to reduce queue times. Several weapons were balanced by having their damage, rate of fire and range values changed.

The patch notes come to a close as Boss Key Productions tease features from future updates. ADS toggle options and a sensitivity slider as well as a “Game Show event” will be coming in an upcoming patch. You can read the full list of detailed patch notes here.