The Snapdragon 8 Gen 1 has a similar core count and 1+3+4 core configuration as the Snapdragon 888. The Gen 1 SoC, however, uses new cores based on the next generation Armv9 architecture. These include –

The new high-performance Cortex-X2 core clocks in at 3.0GHz, improving from the 2.84GHz Cortex-X1. The Cortex-A710 core succeeding the Cortex-A78 also clocks higher at 2.5GHz, marginally improving by 800MHz. The new Cortex-A510 based cores are clocked at 1.8GHz, similar to the previous-gen Cortex-A55 cores, although Qualcomm still boasts a 35% increase in performance with a 20% improvement in efficiency showcasing serious architectural improvements. Taking this all together, the Snapdragon 8 Gen 1, according to Qualcomm is 20% faster and 30% more power-efficient than the Snapdragon 888.

The new SoC also features the next-gen Adreno 730 GPU. According to Qualcomm, the Adreno 730 is 30% faster and 25% more power-efficient than the Adreno 660 featured in Snapdragon 888. There are also other additions like Adreno Frame Motion Engine, support for Unreal Engine 5, and faster Vulcan performance.

Experience gameplay that transports you into new realms of
authenticity. Volumetric rendering adds unrivaled realism to
graphics like fog and smoke, while support for the U nreal
Engine 5 unleashes advanced lighting and shadow effects for
breathtaking sequences. Plus, the Adreno Frame Motion Engine
efhciently raises FPS for smooth, stunning action that lasts.

Qualcomm first introduced the triple-ISP architecture with the Snapdragon 888, allowing the SoC to operate up to 3 independent cameras at once and make the transition between camera modules smoother. The new Spectra 680 ISP builds on these capabilities and now features a 18-bit pipeline, up from the 14-bit Spectra 580 ISP. The bit-depth increase here could improve HDR performance by increasing the dynamic range significantly. Memory throughput has also increased to 3.2Gigapixels/s from 2.7Gigapixels/s seen last year. This enables a higher 108MP recording cap at 30fps and even simultaneous 64+36MP or 36+36+36MP cap at 30fps. Interestingly Qualcomm has also announced a Dedicated Bokeh Engine for video, probably an attempt to bring something similar to Cinematic Mode on iPhones.

The Snapdragon 8 Gen 1 looks promising and will likely power most Android flagships in 2022. This time however it faces increasing competition from Mediatek, Samsung, and others diminishing Qualcomm’s lead every year. 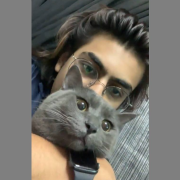