In response to recent privacy scandals surrounding smartphones, top Republican members of the House Energy and Commerce (E&C) have sent letters to Alphabet, Google’s parent company, and Apple requesting clarification on how they safeguard user privacy, especially when it relates to third-party access.

The E&C has posted the letters to both Alphabet and Apple on their website. The core of the E&C concerns for both companies stems from what audio is collected by “non-triggered” audio when the phone is listening for the user to say “okay Google,” or “hey Siri.” They are asking if this audio is available to third-party apps, which would pose an enormous privacy concern.

The E&C asserts that users have an expectation of privacy, especially when location services and SIM cards are removed.

While they had similar questions for both companies, there were a few distinctions made for each. They had questions for Apple about the announced changes coming to the App Store rules that limit how much data third-party app developers can collect from Apple users. The E&C is concerned about what level of access the developers will have, even with the new changes they’re making. They mentioned Apple’s appearance of protecting user’s privacy while contradicting that ideal with how they allow third-party apps to access user information.

The specific challenge the E&C had for Alphabet was around Google’s recent change to Gmail inbox reading practices. Google stopped reading emails, but the E&C said, “Google still permitted third parties to access the contents of users’ emails, including message text, email signatures, and receipt data, to personalize content.”

The letters were signed by Chairman Greg Walden (R-OR), Marsha Blackburn (R-TN), Gregg Harper (R-MS), and Chairman Bob Latta (R-OH). It is likely that Tim Cook from Apple and Larry Page from Alphabet will respond soon with their response regarding the privacy concerns. 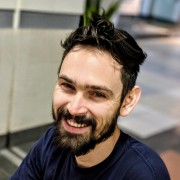