In Pokémon GO, ‘grinding’ is the word that is used to refer to deliberately capturing tons of Pokémon of the same species. However, grinding isn’t just about aimlessly capturing hundreds and hundreds of the same Pokémon – I mean, seriously, who would want to own a 100 Pidgey or a 100 Rattata? Pokémon trainers usually grind specific species of Pokémon for one of two reasons – they either want tons of candy belonging to the evolutionary family of the Pokémon they are grinding or want to collect many of the same Pokémon so that they can evolve some of them for a significant gain in XP. 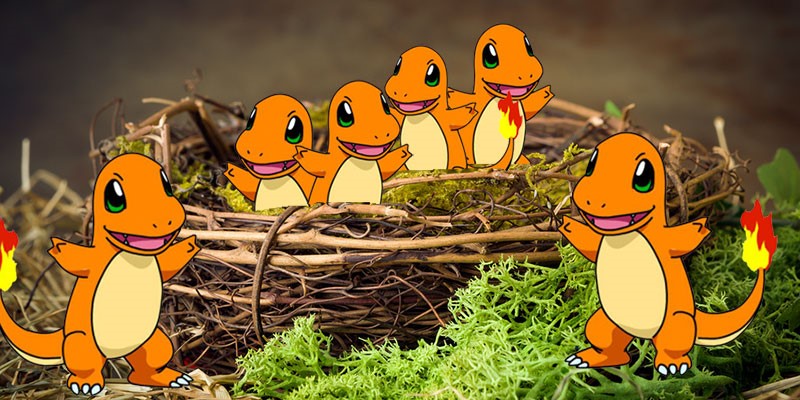 While some players also grind specific Pokémon to find one of the highest CP they possibly can, one that has the best IVs or one that has the moveset they desire, people usually grind Pokémon for candies or for XP. Pokémon grinding is a pretty simple concept that can take your skills as a Pokémon trainer to the next level, so here’s all you need to know about the two kinds of Pokémon grinding. 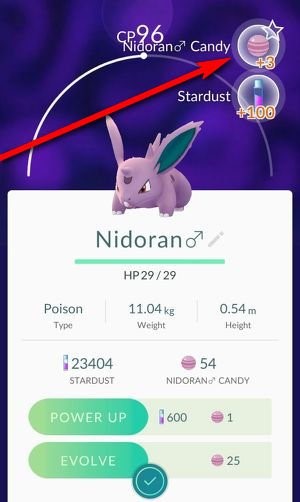 Grinding a specific Pokémon for Candies comes in handy when you want that specific Pokémon’s final evolution at its best possible CP. For example, if you want a high CP Vaporeon, you are going to have to grind Eevee for enough Eevee candy to not only evolve your strongest Eevee into a Vaporeon but also power the resulting Vaporeon up to its highest possible CP. If you want a Dragonite at its best possible CP, on the other hand, you are going to have to do the same thing but with Dratini. 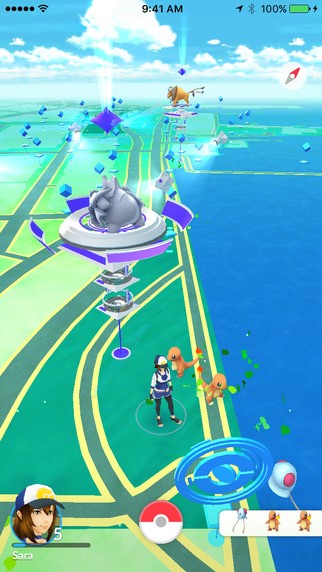 Grinding Pokémon for Candies is pretty simple – just find as many of the Pokémon you want to grind as you can and capture them, gaining 3 Candies for each of them, transfer the ones that are weak as compared to the strongest Pokémon of that species you have, gaining 1 more Candy for each of them, and keep on doing so until you have enough Candies to power up the strongest Pokémon of the species you were grinding to its maximum CP value and then evolve it into a maximum CP (at least for your level) final evolution.

If you are having trouble finding the Pokémon you want to grind for Candies, be on the lookout for nests of that specific Pokémon. A nest (depicted in the image below) is a real-world location where a specific kind of Pokémon can always be found until or unless the nest is changed or removed by the game’s developers. 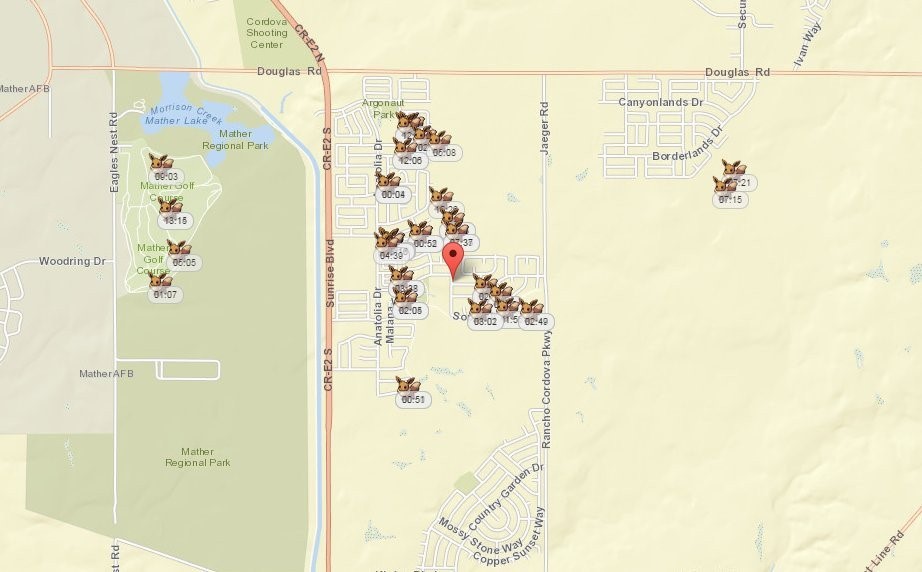 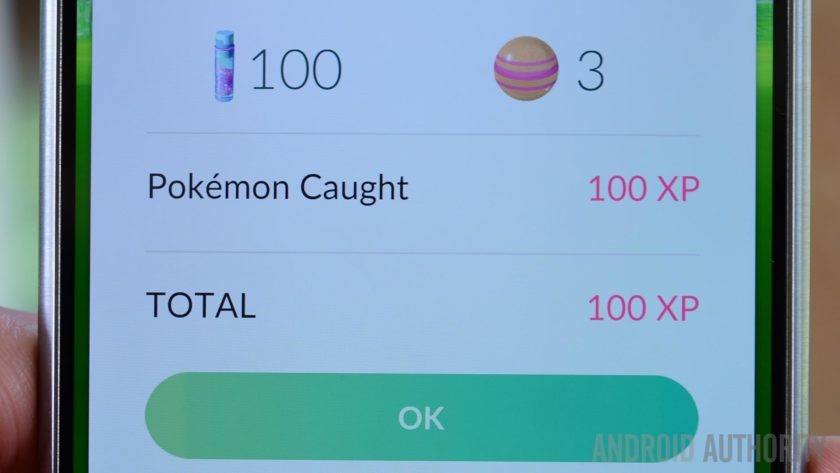 Now this is the juicier kind of Pokémon grinding, especially compared to its dull sister. As you reach higher levels within Pokémon GO, the amount of XP required to get to the next level is going to increase exponentially, and this is where grinding Pokémon for XP proves to be most useful.

At lower levels, a single session of Pokémon grinding will be able to easily get you 2-4 levels higher, whereas it will take multiple Pokémon grinding sessions for you to scale one level within the game once you cross level 25.

The way grinding Pokémon works is that you basically catch a boatload of a specific species of Pokémon, gaining both XP and Candies belonging to the Pokémon’s evolutionary family, transfer most of the caught Pokémon for additional Candies, evolve the rest with a Lucky Egg activated for a profound XP boost, transfer the evolved Pokémon for even more Candies and then repeat the process all over again.

The XP gain resulting from a decent Pokémon grinding session can prove to be pretty massive, which is something that most Pokémon trainers refuse to believe. Just to show you how effective grinding Pokémon for XP is, let’s look at a sample scenario:

Next, you transfer 70 of the 100 Pidgey you caught for additional Candies, giving you a total of 370 Pidgey Candies from the haul. You only need 12 Candies to evolve one Pidgey into a Pidgeotto, so you’ll be able to evolve a total of 30 Pidgey into Pidgeotto (360/12), and you’ll still have 10 Pidgey candy left over afterwards.

So, go on and activate a Lucky Egg, and as soon as you do, start evolving Pidgey like crazy. You’ll still have 30 Pidgey left over from your Pidgey catching extravaganza, and you need to evolve all 30 of these before the Lucky Egg wears off. It only takes 30 seconds to evolve one Pokémon, so you should be able to easily evolve one Pidgey every minute, even accounting for lag and the aggravatingly long Pokémon evolution animation.

Evolving one Pokémon, regardless of what kind of Pokémon it is or what kind of Pokémon it is going to evolve into, awards a trainer 500 XP. While the Lucky Egg is active, all XP earned will be doubled, meaning that each Pidgey you evolve will award you 1,000 XP, bringing the total XP you earn from evolving 30 Pidgey with the Lucky Egg active to 30,000 XP.

Once you’re done, simply transfer all of the 30 Pidgeotto you now have for Pidgey Candies, and these will be of help to you during your next Pidgey grinding session.

From one decent Pokémon grinding session, you can easily gain a total of 40,000 XP (10,000 XP from catching the Pokémon and 30,000 XP from evolving them), and that’s not even counting any Pokéball throwing bonuses you may be awarded or any PokéStops you visit during the endeavor. That’s a pretty sweet deal that more than makes up for all the work that Pokémon grinding can prove to be.