Simply drag one of the windows to the side of the screen until you see a circle briefly spread out from the cursor.

The Excel window will snap to that side of the screen, taking up half the screen.

Once you snap both windows to either side of the screen, your two spreadsheets will be displayed as shown in the image above. 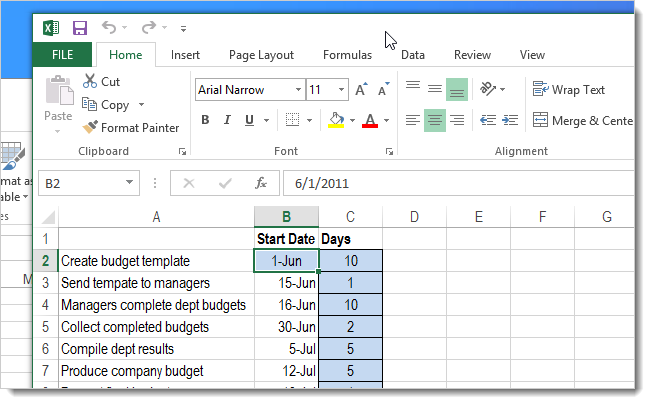 You can also use the View Side by Side option, which is still available on the View tab in the Window section.

By default, the View Side by Side option displays the two spreadsheet windows horizontally. 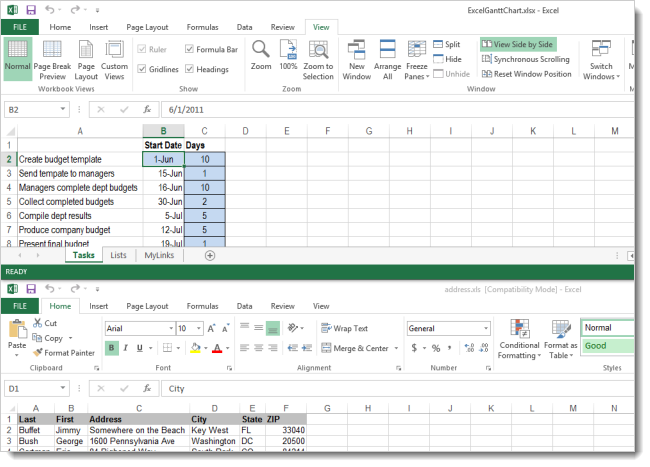 To change the view, click Arrange All in the Window section of the View tab.

The Arrange Windows dialog box displays. Select Vertical to view the windows side by side, as you did when you snapped them to the sides of the screen. 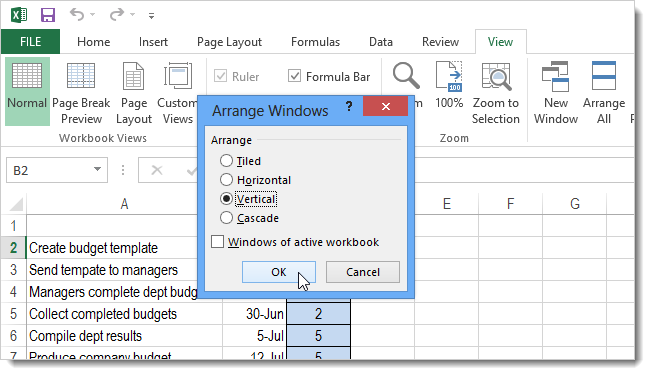 Tiled does the same thing as Vertical when there are two spreadsheet windows open. If you have more than two spreadsheets open, Tiled will arrange them as tiles on the screen some horizontally, some vertically, depending on how many are open. 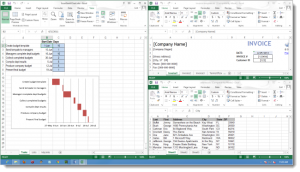 Cascade displays the spreadsheet windows with the title bars cascaded down the screen. 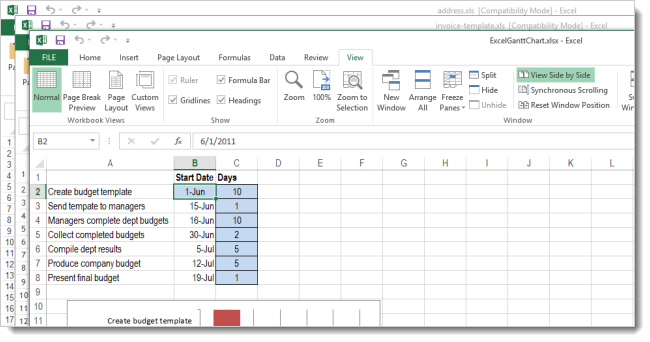 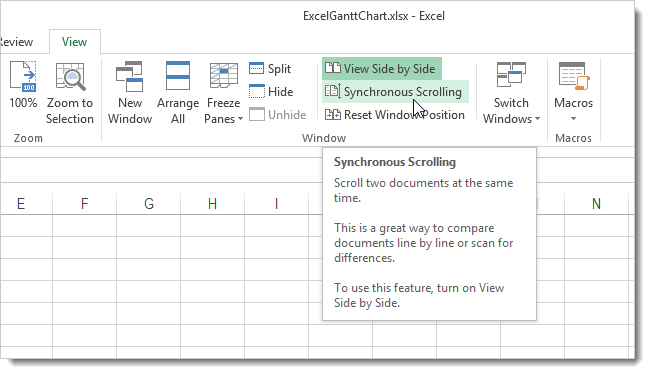