As we head closer to the release of RTX cards more and more information seeps through the cracks. Today, we have leaked 3DMark scores for Nvidia RTX 2080 and they are pretty impressive as expected.

According to the data shared on Twitter by a highly reliable source, the RTX 2080 beats its Pascal predecessor comfortably. However, there are some things that should be mentioned before we show the data. It seems the test might not be using Tensor cores and there is also a question mark over the use of official Nvidia drivers.

In testing of this kind, drivers can make a difference. Also, Tensor cores utilize 1/3 of the die which isn’t being used in this case. The data, if it’s legit, is the least we can expect from RTX 2080 3DMark scores. 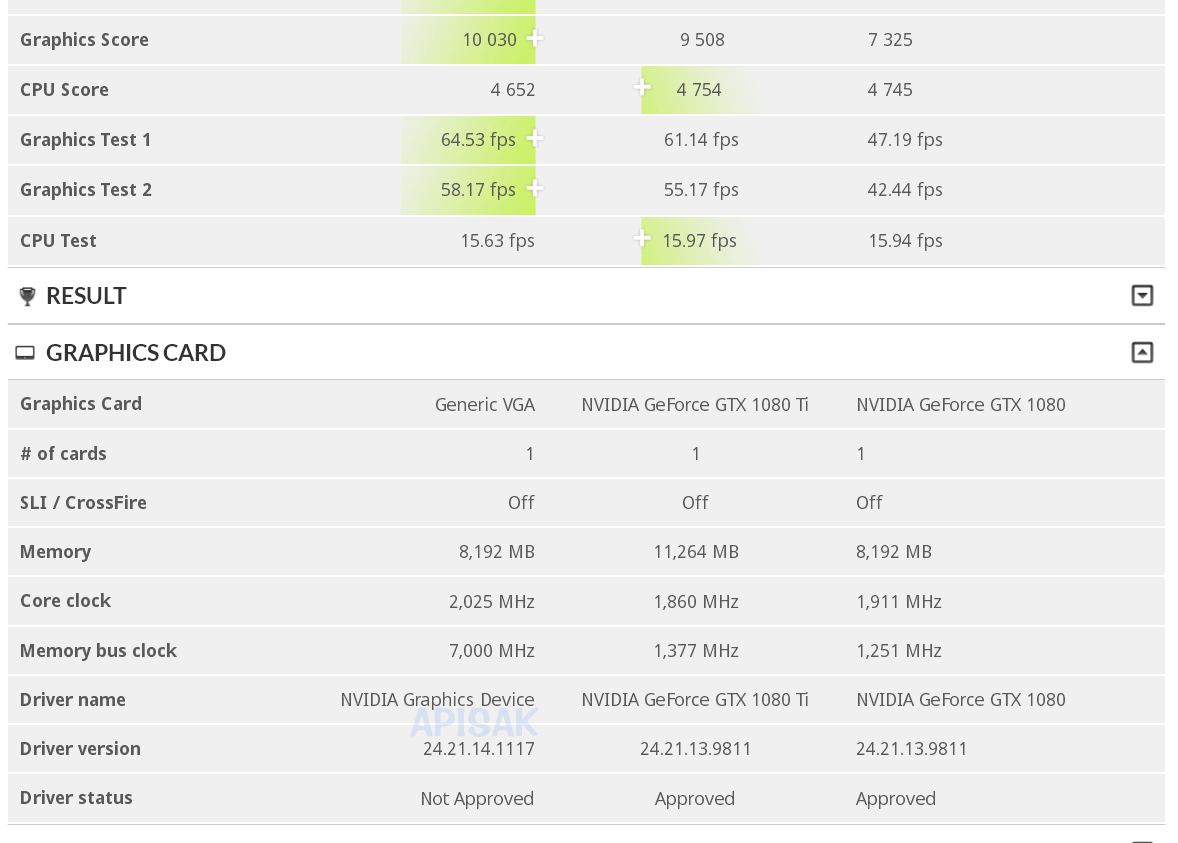 It goes without saying that these are unofficial results so make sure you take it with a grain of salt. Until official details arrive, everything is filed under “rumors.”

Since Ray-Tracing is the focus this year, new benchmark tools are being developed to gauge the performance of RTX line of cards. New 3DMark suite will utilize Microsoft DirectX Ray tracing (DXR) and is a completely new tool created from the ground up. The technology is different so the tools and benchmarks standards must be different as well.