Nvidia GTX 1180 is supposed to be the top of the line graphics card in the next generation graphics and while we have no official confirmation regarding the release of the graphics cards, the Nvidia GTX 1180 has been spotted in the AIDA64 benchmark. The graphics card comes with the GV104 Volta core and if that is the case then you can expect to see a 40% performance boost as compared to Pascal based GTX 1080.

We have been hearing rumors about the release of the Nvidia GTX 1180 later this month and while there is no actual confirmation regarding the matter, seeing how AIDA 5.97.4679 beta now has support for the upcoming graphics card is a hint that we might be getting a release date soon. Nvidia has confirmed that there are a few surprises in store for fans at Gamescom 2018 and this surprise might be the announcement of the next generation gaming graphics cards that we have been waiting for. 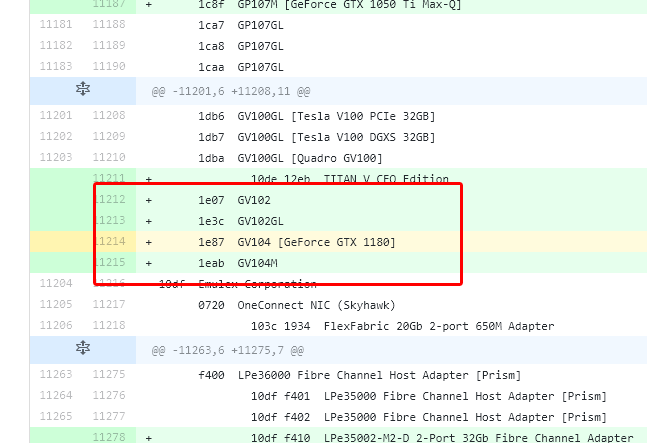 The GV104M core has also been mentioned in the benchmark and this refers to a mobile graphics card. While there is no way of knowing for sure, it is safe to say that this is a mobile GPU and seeing how this is also a GV104 chip, this might as well be a GTX 1170 Max-Q design. This is not something new and we have seen Nvidia pull this off with the Pascal series graphics cards.

Max-Q design GPUs provide almost the same performance as desktop SKUs but use less power and hence are great for laptops. They enable laptops to be thinner and lighter without compromising on power. While the full-fat desktop performance cannot be replicated by the Max-Q design cards, it is still much better than jamming a desktop GPU into a laptop body.

Nvidia Pascal cards have been around for 2 years now and it is safe to say that there is a lot of hype around the Nvidia GTX 1180. It will be interesting to see what kind of performance boost it will have to offer as compared to the GTX 1080 as well as the AMD Vega RX 64. People need a valid reason to upgrade and the numbers need to make that reason clear.