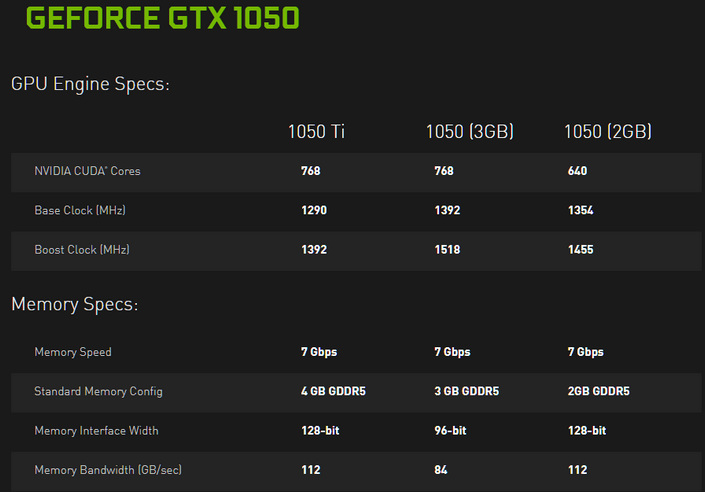 The memory interface is lower at 96-bit and the bandwidth is limited to 84 GB/sec as compared to the 112 GB/sec on the other models. This is something to keep in mind when shopping for an Nvidia GTX 1050. The good thing here is that if you are on a budget then you have plenty of options to choose from and there is no denying that 2 GB of VRAM is not enough for gaming in 2018. While 3 GB is not plenty it is a better option to have and is worth considering if you plan on gaming on a budget.

Let’s not forget that one of the major selling points of the Nvidia GTX 1050 3 GB as well as the other Nvidia GTX 1050 models is that they do not need any external power supply. This means that if you have an older system lying around then you can easily add this card in and get to gaming without needing to change your power supply. There is little to no fuss at all.

Keeping all this in mind I think that the GTX 1050 3 GB version is a great option for gamers that are on a budget. The graphics card should cost around $119.

Let us know what you think about the Nvidia GTX 1050 3 GB and whether or not this is something that you would like to get for yourself.