We’re weeks away from Intel‘s show at CES 2022 where its set to reveal a host of products and announce several release dates. Most notably, Alder Lake mobile and potentially Arc Alchemist GPUs will see a concrete release date along with a full-on spec dump. However, there’s one more thing to look forward to and that’s 12th Alder Lake non-K processors.

So far, Intel has only released three Alder Lake CPUs, the Core i9-12900K, the i7-12700K, and the i5-12600K, all of which have received positive reception and dethroned even the best of AMD when it comes to performance. So, with only three SKUs to date, one must wonder, where are all the other processors? The budget i3 offering, i5-xx400 bang for the buck model, and the often underappreciated non-K i7 SKU, where are they all? Well, non-K variants of the Alder Lake family have been leaked prior to today’s discovery and we’ve known Intel has been working on them for a 2022 launch.

We didn’t know much about them except for some clock speeds and cache sizes, but not only did we get a massive spec leak today confirming a lot of rumors, almost the entirety of the non-K Alder Lake lineup has been pictured for the first time. And I’m not talking about some janky, low-res pictures from a testing lab beneath the Earth’s surface, no. These pictures are as clear as daylight and show retail units of four different non-K Alder Lake SKUs.

Spotted by Videocardz, leaker “DDAA117” posted pictures of retail non-K Alder Lake CPUs on Chinese Q&A site, Zhihu, along with their CPU-Z screenshots which, in turned, confirmed their specs. The pictures show the Core i9-12900, the Core i5-12600, the Core i5-12500, and the Core i5-12400 in their full non-K glory. Now the pictures are, well, just pictures. Yeah, it’s good to see these units in flesh but that’s about as exciting as it gets when it comes to real-life pictures of products that look exactly like preexisting products.

The good stuff lies within the other specs that leaked and were discovered alongside these pictures, unearthing a lot of new info in the process. Some of these details surrounding non-K Alder Lake were leaked by @momomo_us and these leaks were confirmed by DDAA117 himself who’s the original leaker of the images and CPU-Z screenshots. All in all, we now know the clock speeds of almost every Alder Lake processor along with their topologies.

The first CPU in the pictures attached above is the Core i9-12900. This is the exact same CPU as the i9-12900K but without the overclocking abilities. Being a locked processor does decrease the clock speeds of this SKU a little bit, we see only a 100Mhz drop in boost frequencies when compared to the unlocked variant. But, there’s a big 800Mhz difference between the base clock speeds of the unlocked and locked SKUs. The locked Core i9-12900 comes with a base clock speed of 2.4Ghz and a boost frequency of 5.1Ghz.

The core count is the exact same with the locked i9 as it is with the unlocked one, 16 cores and 24 threads. Out of those 16 cores, 8 are Golden Cove P-cores (performance) and 8 are Gracemont E-cores (efficiency); only the P-cores have hyperthreading hence the uneven thread count. By now, you already know how Alder Lake works underneath the surface by utilizing a hybrid architecture to offer the best balance of raw power and efficiency in different tasks.

Moving on to the i5 processors, we have three of them. All three of these have the exact same core count but slightly different clock speeds. That being said, the core count is not what you’d expect from Alder Lake. None of the non-K i5 models (and i3) will have efficiency cores, they’ll rely only on performance cores to power your system. This begs the question, isn’t Alder Lake supposed to be a hybrid architecture that uses both performance and efficiency cores? The answer to that is quite simple.

MSI revealed last month that there are actually two different die variants of Alder Lake. One that uses the hybrid big.LITTLE architecture by combining P-cores and E-cores, and one that simply doesn’t. This silicone has its efficiency cores disabled and only the performance cores are in use, so in a way, its basically just a glorified generational upgrade instead of a true next-gen one. Regardless, all three i5 models pictured here, the i5-12600, i5-12500, and the i5-12400 follow this design.

Now, you’ll notice that the i3 lineup is missing from this leak along with the i7-12700 non-K. I wasn’t exaggerating when I said that the i7 is seldom appreciated enough. But they’re not missing entirely as we do haver the clock speeds and core counts for the i3 SKUs and the i7-12700, provided by @momomo_us once again, we just don’t have any real-life pictures of CPU-Z screenshots from DDAA117 (or anyone for that matter) to go off of.

There will be two different i3 SKUs for Alder Lake—the i3-12300 and i3-12100—both featuring 4 P-cores and 8 threads… potentially. We don’t actually know much about the i3-12300 and the leak only gave us the chip’s boost clock, no base clock or core count but, logically, it would make sense that both i3 models would have the same topology. Nevertheless, the i3-12300 has a 4.4Ghz turbo boost frequency and that’s all we know. On the other hand, the i3-12100 will boast 3.3 Ghz base clock speeds and boost clock of up to 4.3 Ghz.

CES 2022 is shaping up to one hell of an event with all top dogs making highly important appearances. Going forward, competition is about to become tougher than ever with increasing customer demand and innovation suppressed by supply chain issues. Intel is readying to step foot in the discrete GPU market and launch Alder Lake mobile which has annihilated all competition in leaked benchmarks. AMD will be announcing their Ryzen 6000 series of “Rembrandt” mobile CPUs/APUs and, potentially, the RX 6400/6500 XT. Lastly, Nvidia will come with its new lineup of RTX-30 series GPUs at CES, including the RTX 3090 Ti and the 12GB variant of the RTX 2060. January will set the stage for what’s to come in the following months and the stakes couldn’t be higher. 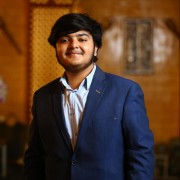