No Man’s Sky is an action adventure space survival game developed by Hello Games. The game was released in 2016, but was struck with negative reviews upon launch from both reviewers and gamers. Before its launch, there was a lot of hype surrounding the game which backfired after release. Nearly two years later, the No Man’s Sky NEXT update has put the game back on the right track. As positive reviews start to come in, the image of the game is slowly being restored. Sean Murray, creator of No Man’s Sky, posted a message which discusses the future of No Man’s Sky.

Sean regrets that “the intensity and drama of launch left no room for communication with the community.” He talks about the successful launch of Atlas Rising, which over a million players played on launch day. The major game update was well received and 90% of players rated it positively. “It makes us happy, but desperate to communicate better.”

After the deployment of the NEXT update, Hello Games has planned its first season of weekly content and community events. All of the content from this will be free to all players and will not contain any micro-transactions. Sean also discusses the launch of the Galactic Atlas website for No Man’s Sky. This was implemented after fans nominated the idea via a survey. The Galactic Atlas “will grow in functionality and expand over time, in part through your feedback.” 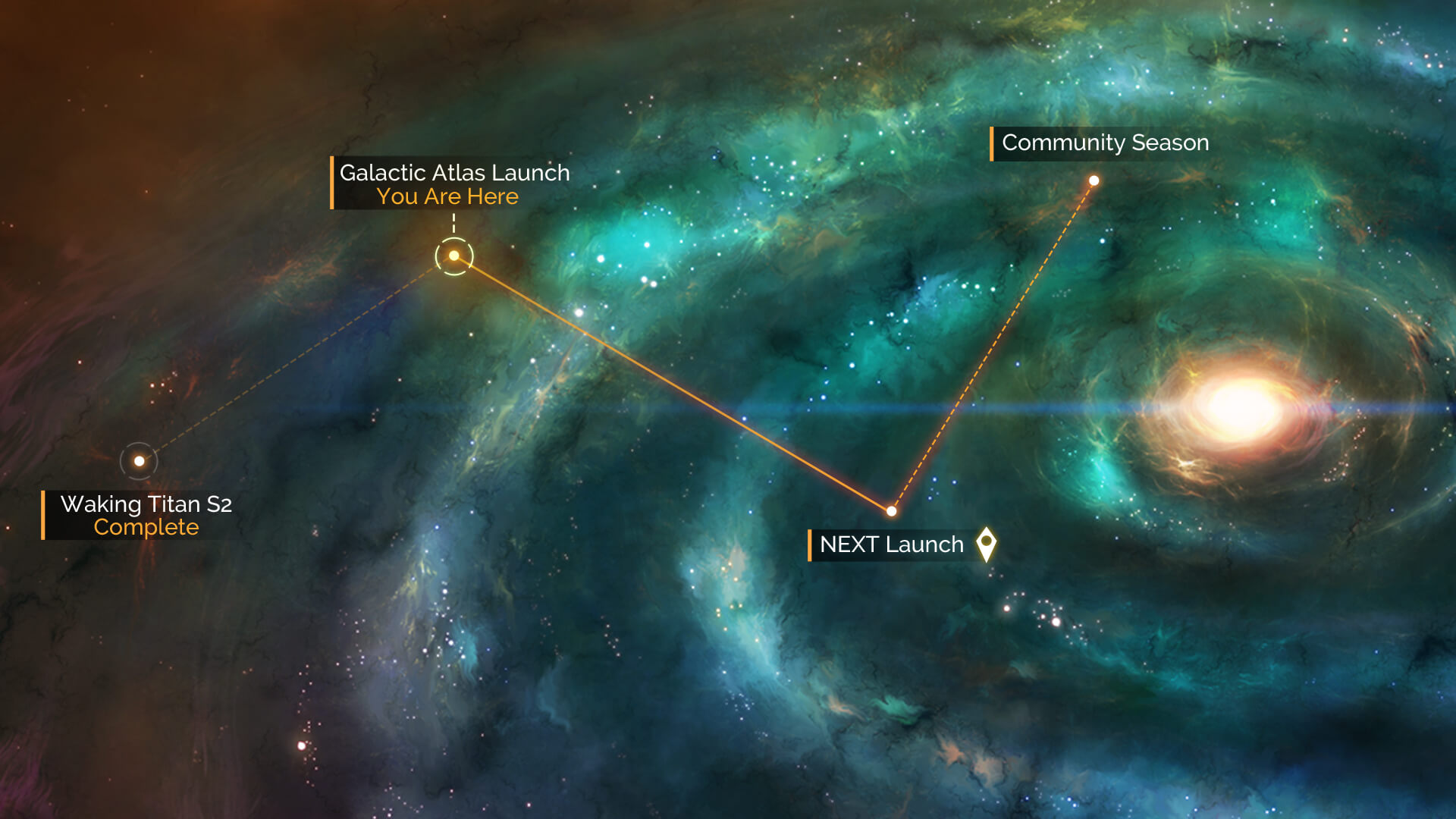 An image in the post explains the future of No Man’s Sky in a roadmap form. Following the launch of the Galactic Atlas and the NEXT update, the community season will begin. “One day I hope to reach a point where I feel No Man’s Sky is “finished”, but luckily there’s still so much more we want to do. Working on NEXT feels important to us, but I know it’s not the end of the journey. We know the journey would be more fun together.”