NetHack is a single-player rougelike video game that was first released in 1987. The game is considered to be one of the oldest and complex rougelike games. Fans of the original will be excited to know that indie game studio FrozenCrate announced that a they will be releasing a remastered version of NetHack. NetHack: Legacy is a revamped version of the classic and will launch on Steam on August 10th. 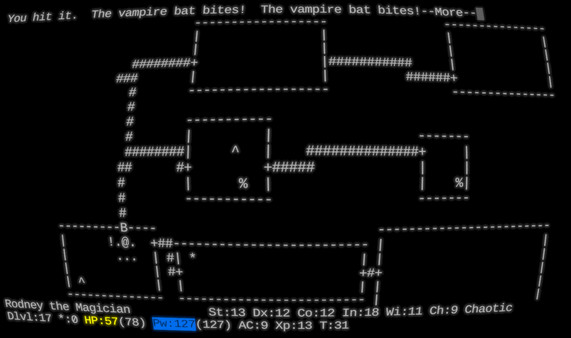 As a remaster of the original, the game keeps the elements that gave life to the original. The flexibility and the freedom that the first game was renowned for is still there, meaning players can continue to use their helmet as a weapon among other silly things. The remaster aims to create a more modern version of NetHack, as well as add new features to enhance the experience.

“We tried to remove many of the technical barriers surrounding NetHack, so you can get straight into the game without messing with terminal settings, config files, or in extreme cases, compiling the code yourself,” states Kevin Nygaard, lead developer at FrozenCrate. “You just start the game and it runs. We added things that sound silly since they are so commonplace now; things like title screens, window resizing, persistent options, cross-platform saves, mouse support, arrow keys… yes, arrow keys.” The game also adds features like in-game recording, so you can re-watch games you’ve played and figure out where you went wrong or what you could have done differently.

“Before tilesets, the only way you could play NetHack was through the ASCII interface. Instead of having little pictures of items and monsters, you had characters, like a ‘d’ for your pet dog,” Nygaard explains. “This was revolutionary in the age of text-based adventure games like Zork. But, it straddled the boundary, still leveraging text descriptions and your imagination for what a creature looks like, which makes the dungeon environment a bit more shrouded in mystery. We believe that was one of the core experiences that made NetHack great, so we kept the ASCII look and feel.” 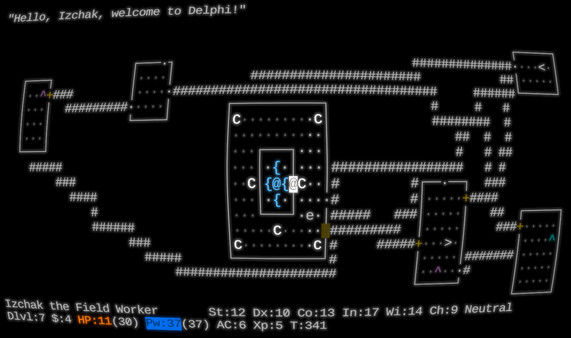 For players of the original game, NetHack: Legacy will make them feel right at home. The new version of the game sticks to its roots by maintaining a retro feel. The graphics of NetHack: Legacy show elements of old CRT displays like glow effects and warped screen distortion. NetHack: Legacy launches on Steam worldwide on August 10th for a retail price of $5.99 USD.