The Stylish add-on, with which you can give websites their very own style, is back for Firefox. This improvement has been welcomed by many users. The history of this Add-on is quite complicated as it was supposedly twice removed and added back before it was removed again. Now it has been added back as reported by Vess (@VessOnSecurity).

Remember the Firefox extension Stylish that was found to snarf browser history? That was removed from the store, then added again, then again removed? Well, it's back:https://t.co/VIwZdW9ivw

This is getting ridiculous, folks.

Browser Add-on Stylish is a very popular browser add-on which was available for browsers like Google Chrome, Firefox, Safari and Opera. Users love it and it is used widely across the internet community with 1.5 million Google users taking advantage of it. It is basically a user style manager which is used for redesigning the web. It makes it convenient to define skins and themes for various websites. This browser extension became an instant hit as it allowed users to place their own overlays over websites and hide any unwanted features that they do not wish to view. Moreover, it lets users customize websites according to their wish with custom user styles and change the color, background, scheme and skin even for websites such as YouTube, Facebook and Google. Not only this, the already chosen and installed themes can easily be disabled, enabled or completely removed to be replaced by another theme.

The add-on Stylish has been brought back in the Mozilla’s add-on storehouse. What users should know: This expansion was criticized some time prior as a user data collector and has been prohibited and banned a year back from Mozilla’s Add-on store.

Owing to its notoriety of collecting data of users’ website visits in a way which makes it convenient to reveal users’ identity to third parties, Google and Mozilla banned it last year. It is indeed surprising as to why Mozilla decided to bring it back to its browser after it was criticized for compromising users’ identity. 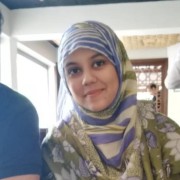 Maira Ahmed
Maira is an ardent follower of the technological world. She loves reading and writing about tech-related stuff. Her love for technology translates into passionate writing about different topics which elucidate the importance that technology and computers hold in our lives.
Trending
Back to top button
Close
Close
Close