While ultra-wide monitors are definitely a niche product, the fact that the technology is improving and getting better is something that we cannot overlook at all. Ever since these monitors have become a part of the market, we have come to realise that they are only getting better and better. Granted, the support is not as wide as we would like it to be, but still, for gamers, and content creators, these monitors are a dream come true.

That being said, for the longest time, the Asus ROG Swift PG348Q has been the holy grail of ultra-wide monitors in the market; nearly every gamer would suggest you go for that monitor. However, we have to accept the fact that the monitor has aged, and while it did age well, the market has some new kids on the block that are coming with better specs as well. 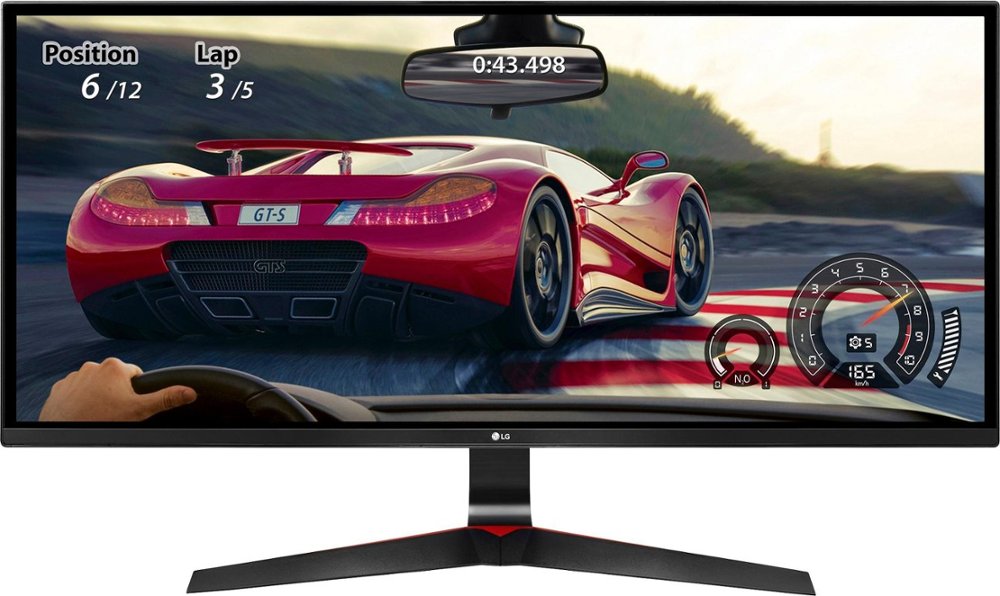 For those who do not know, we are talking about the LG UltraGearK950F; LG recently released this monitor and quickly became a smashing success. Since we are on the topic of ultra-wide monitors, our round-up of the best ultra-wide monitors should definitely interest you as we have covered some amazing monitors.

That being said, this has to lead us to compare both monitors in the market and see just how much difference there has been or there is. This will also help potential buyers to buy the best possible option without running into any issues.

We are going to compare both monitors in a number of different departments and see which one comes on top.

Ultra-wide monitors are fairly big, especially when you are thinking about putting them on the smaller tables. They are also heavy due to the sheer size of the screen and the base, itself. So, it really is important for us to look at their form to decide how they fair.

Starting with the Asus ROG Swift PG348Q; the monitor maximum height of 323mm whereas the LG comes at a maximum height of 361.9mm, making it the taller one. However, LG takes the take when it comes to the weight since the max weight here is 7.9kg as opposed to 11.2kg of the Asus ROG Swift monitor in the market. However, the one issue with the K950F is that it does not support VESA mounting solution. Which means that you cannot put this monitor on a stand, or against the wall.

There is no denying that the K950F is a tempting option, but you do need to look at the fact that you will not be able to mount the monitor on the wall or a different mount. Which makes it so much difficult to manage everything on a single desk.

This only leads us to say that in terms of the form, the Asus ROG Swift PG348Q is doing a better job. Granted, it is heavier, but the fact that you can just put it on a monitor arm and save a ton of space. 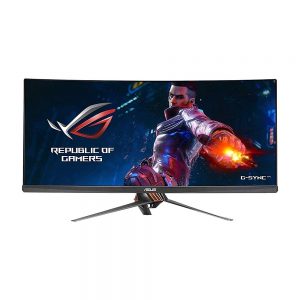 When it comes to a monitor, not just an ultra-wide monitor, but any monitor, for that matter. One of the most important things that we look at is the specifications that you are going to be getting with the said monitor. This generally includes some technicalities such as colours and other similar prospects.

Now, the PG348Q being the older monitor, you would wonder that it is not packed with enough features. However, that is not the case; the monitor is still no slouch as it does present you with pretty good specs for what you are getting. You get UWQHD resolution at 60 hertz that can reach 100 hertz with ease, you also get Nvidia G-Synch for smooth gaming, and a 100 percent sRGB coverage for creating content, editing photos, or videos. Additionally, you get 5ms response time as well, and IPS display, which means that the colour reproduction and amazing viewing angles, too.

On the other side, the K950F is no slouch either. It has 1ms response time, better luminance at 400 nits as compared to the 300 nits, but slightly fewer colours at 1070 million as opposed to the 1073.3 million of the Asus. However, the LG does support colour calibration without the need of any extra hardware. Sadly, the biggest blow to this monitor is that it does not support G-Sync, but does have support for Free-Sync 2. But considering the current situation of Radeon GPUs in the market, it is hard to make sense of having this technology on your monitor. However, LG does have a higher refresh rate at 144hz.

Overall, both monitors do butt heads and trade blows but at the end of the day, the ROG Swift PG348Q still remains the king of the hill thanks to the fact that it comes with better colours, as well as G-Sync. Granted, the LG is a bit brighter, but it simply cannot keep up. 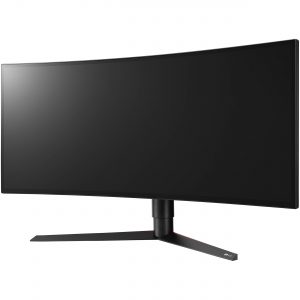 Back in the old days, monitors used to only offer a display to the user. However, modern-day monitors have become so much more advanced that they have a ton of connectivity options or features that make them stand out. For instance, Asus has a monitor that offers you Qi wireless charging built right into its base. Which is a pretty neat feature. However, right now, we are comparing the features of the PG348Q by Asus and the K950F by LG.

Asus comes with a single HDMI port, four USB 3.0 ports, and a single DisplayPort, you also get stereo speakers, and while they are not really that good, you come to realise that it is okay, and since you are mostly going to be using headphones or a dedicated audio system, it is all good.

The K950F, on the other hand, comes with 2 HDMI ports, 3 USB ports, and no stereo speakers right out of the box. Everything else is the same.

I guess based on the additional USB port that you are getting, and the stereo speakers, too. The Asus ROG Swift PG348Q is definitely the monitor that you should go with in terms of features and connectivity. 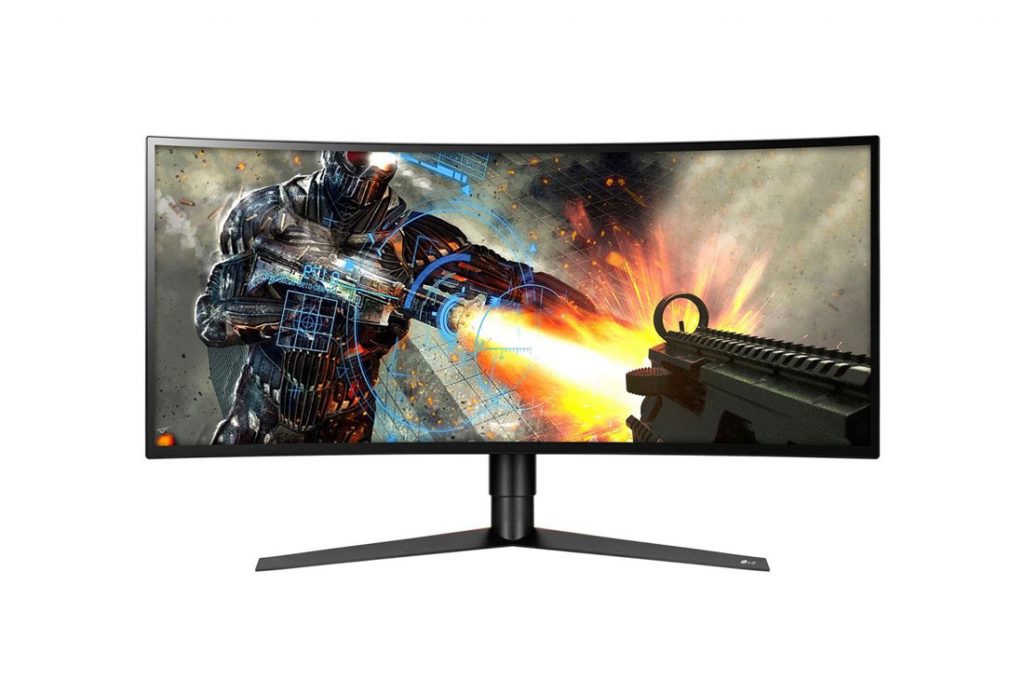 When LG first announced the K950F, I was under the impression that this is the end for Asus PG348Q’s reign as the top gaming monitor in the market. However, that is not the case. Granted, the PG348Q is dethroned now by the successor that is much better in every aspect, but there is a huge price disparity which clearly indicates that there should be no comparison.

Whatever the case here, as far as the comparison between both the LG UltraGear 34GK950F and the Asus ROG Swift PG348Q is concerned, I can already tell you that the Asus wins by a greater degree and is the perfect gaming monitor that you can get in that price bracket.