The developers of Linux’s KDE suite have announced a major slew of updates set to be included in the upcoming KDE 18.08, set for an August 2018 release. Details for these updates revolve around a range of new features and overall polish for the core KDE apps including Gwenview, Spectacle, Konsole, and Dolphin, as well as focusing on the upcoming KDE Plasma 5.14 update due in October.

Due to KDE’s open-source nature, the devs also have a site up for people interested in getting involved, whether its simple bug reporting or actually being hands-on with the development using C++, Qt, and CMake. You can read more about their community program at KDE – Get Involved.

In any case, all of the committed changes are great news for a huge range of Linux distributions, as KDE Plasma is utilized in some of the most popular Linux distros like openSUSE, Kubuntu, Netrunner, Linux Mint KDE, Fedora KDE, Slackware, Chakra Linux, PCLinuxOS, and Mageia / Open Mandriva. 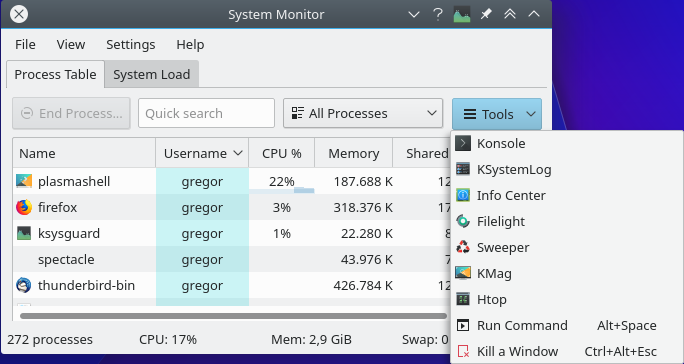