Superhot, the time-bending first person shooter, will be getting a new Japan themed game called Superhot JP. The name is not final as the game is currently under development with support from the developers of the main game in Tokyo, Japan . Superhot JP was announced on GameTomo’s website today.

Superhot JP is an alternate campaign with its own unique UI and new storyline that will be set in Japan within the same universe as the original game. The game will be set in various new Japan themed environments like hot springs, samurai castles, bullet trains and karaoke bars. Superhot JP will feature the same time slow down mechanics from the main Superhot game.

“With the innovative time-moves-only-when-you-move fps game play, SuperHot JP (not the real title) is a new game set in the SUPERHOT universe. While maintaining the same intoxicating rhythm of slow motion combat, this new SUPERHOT presents a brand new adventure with a distinctive Japanese flavor.” 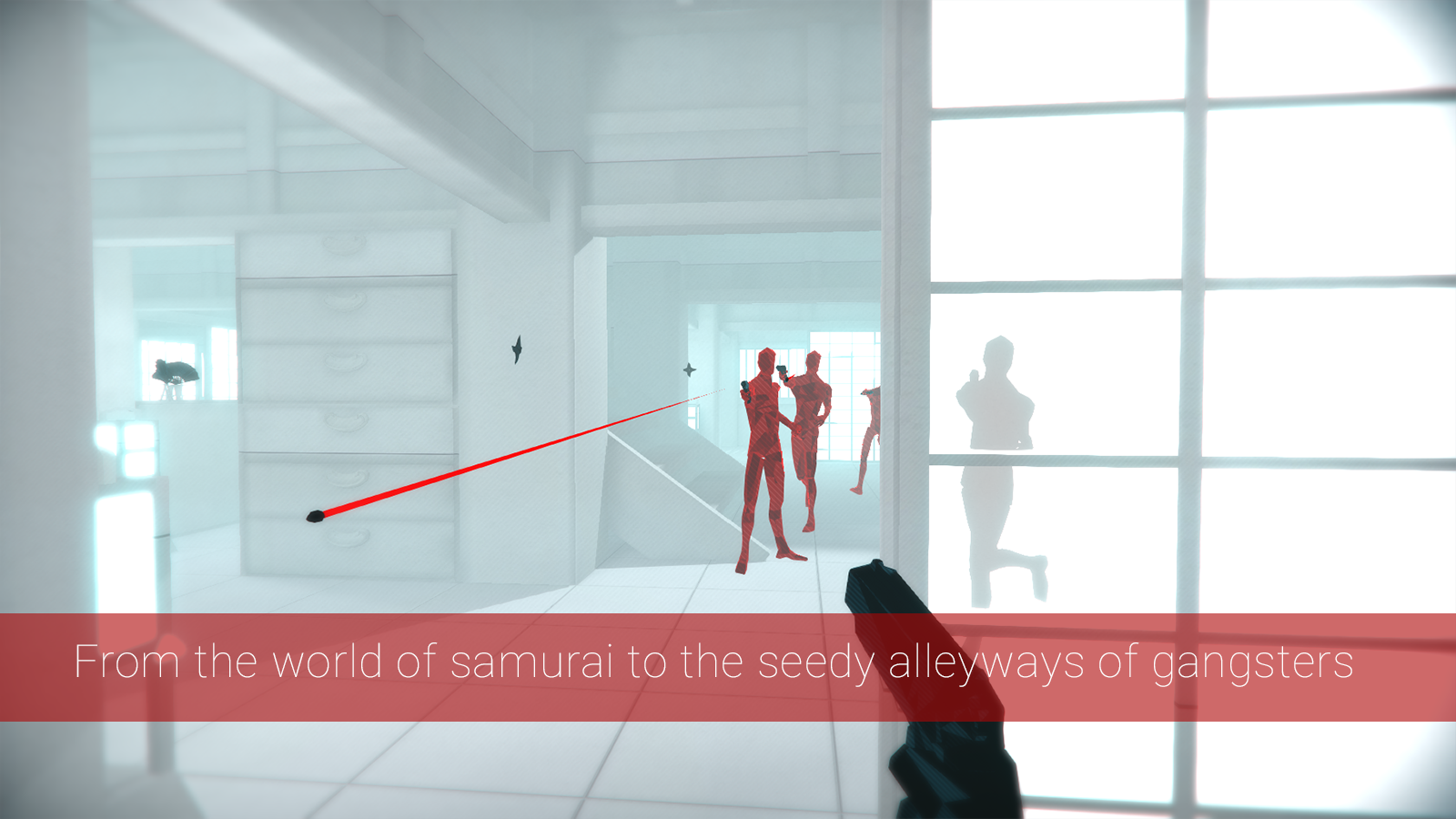 “Battle the red guys in a variety of new Japan-inspired environments, from hot springs to samurai castles, from seedy Tokyo alleyways to karaoke bars and bullet trains.”

Superhot JP will be sold as standalone title containing about 15-18 regular levels and 3-4 endless levels. Fans can expect a variety of new weapon additions such as a bow and arrow. Developers have said that the game will be initially launched at a “reasonable price” in Japan on PC and PS4. GameTomo says that they will consider the possibility of a worldwide release on multiple platforms and maybe even a VR version.

That is all the information GameTomo have released on Superhot JP yet. If you have not tried out the original Superhot, its available on Steam for $25 on PC. It is definitely a fun and innovative game with elements that set it apart from other first person shooters.