My computer is too slow, PC taking too long to boot, How can I speed up my computer. These are things every PC owner will have to google at some point during the lifespan of their computers. It’s normal. Fortunately today I will be giving you the secret to a much faster PC. Okay, it’s not really a secret but the key to a better performing system is proper optimization of its hardware which can be easily achieved by using a TuneUp Utility.

But there is just one problem. There are so many optimization tools with each claiming to be better than the other. That is why you need posts like this one to guide you. We have had the pleasure of testing many of these software and are therefore better suited to separate the wheat from the chaff. And one tool that really stood out for me is iolo System Mechanic. This application is a consolidation of every optimization tool you would need into a single interface. Its highlight features include windows clean up, windows optimization and data protection. But more on this later. Let’s break it down from the beginning. 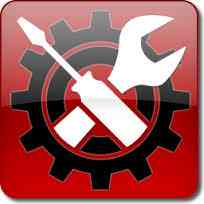 The software is very lightweight and installs quite fast. It took me less than a minute to complete the installation. It’s also very simple. All you have to do is follow an installation wizard. I love that iolo does not try to trick you into installing other software during the initial installation process. Instead, they recommend the installation of these programs on their home screen where you can easily see them and either accept or decline installation. The three suggested programs are Privacy Guardian that protects your user data from spying eyes, ByePass password to encrypt and store your passwords and Malware Killer to protect you against threats.

Upon completion of the installation process, you will be prompted to perform your first System Analysis. It is at this point that you will be required to enter your license key before you can proceed to fix the identified errors. Alternatively, you can navigate to help section indicated by a question mark on the upper frame click on activation key and enter your key. Voila! The setup process is complete so lets now begin optimization.

I was quite impressed by how System Mechanic’s dashboard has been organized. Everything is well labeled which makes it so easy to follow. At the topmost is a window outlining the overall status of your system and a quick button to repair all the issues. Right below it is a run-down of the problems.

For every issue, you have the option to fix it, hide it, show a short description or preview it for better understanding. Which is another great thing about this tool as you don’t have to guess what any particular problem means. It explains it to you. This is also the reason why I don’t recommend using the repair all button at the top. Instead, go through each problem individually. This will save you from making unwanted changes in your system like clearing useful files. You will also find a history section which highlights the various issues that have been fixed including the date and time that they were fixed.

System Mechanics has both a Quick Scan and Deep scan option. Although the quick scan is effective in identifying issues with your system, it only scans a few key areas. This is why we recommend that you perform deep scans that check your entire system.

Iolo’s toolbox is where the meat of this application exists. It is composed of 5 components that are the keys to maximum optimization of your PC. These components allow you to focus directly on a specific aspect of optimization and everything that relates to it for an enhanced tune-up.

The first component in the toolbox is Clean which features Internet Cleanup, Windows Cleanup, and Registry Cleanup. It also features an All-in-One PC Cleanup that allows you to collectively delete the data from windows, registry, and the internet. Here you can check and uncheck data that you want to be deleted. Oh it also has an advanced uninstaller that lets you completely remove a program without leaving residue files.

Speed Up is the second tool that allows you to increase your internet speeds, boost file access speeds through defragmentation of the hard disk and RAM module, and also realigns program data on your hard drives enabling them to be accessed faster. It is also where you will find the Startup Optimizer that lets you disable various programs that affect your computer’s boot speed. The choice on which program to turn off will be greatly aided by the percentage effectiveness of removing it as voted by other users. A program with a higher rating means that removing it will yield a higher boost in boot speeds.

Then there is Protect which is the third tool. It comes with a Security Optimizer that identifies and fixes vulnerabilities in your system that may serve as gateways for an attack. It also includes a privacy shield that helps prevent the sharing of your data with third parties. Moreover, the Protect tool features an integrated file incinerator that enables you to completely delete data with no chances of recovery.

The other two components, Recover and Manage, are not really optimization features unique to System Mechanics. They have only been integrated with windows to allow you access various Windows functionalities that would otherwise involve a string of steps through your control panel before reaching them. For instance, the Recover tool takes you to Window’s recovery where you can troubleshoot common computer problems, create a restore point or revert your system to a previous restore point.

ActiveCare is the feature in System Mechanic that automates the whole process of PC Tune-Up by performing all the discussed functions above during scheduled times. It has a settings button which allows you to set the frequency of optimization and the times that are most convenient for you. You can even set it to awaken the computer if it’s in sleep mode during the set optimization period.

System Mechanic Pro performs real-time optimization of your computer that can be monitored from the LiveBoost section on the user interface.

So we have looked at everything that System Mechanics is meant to do but the more important question is how well does it do it. Of course, to answer this I had to first test it on my PC. And for good measure, I also tested it on my friend’s PC, a Dell Inspiron n5040. I know it’s old but that is what made it a great test subject.

Full disclosure, this tool will not restore your machine to the working conditions it was in while new. It’s not a miracle worker. However, you will notice a considerable boost in speed and performance. Want to hear a shocker, it only took me 20 seconds to boot my PC the first time I optimized it. This is a big deal because before that it took almost a minute. So we are talking about a 3x boost in startup speed. Before optimization, the Dell Inspiron, unsurprisingly, took one 3 ½ minutes to boot. I pity my friend. And guess what? We were able to reduce this by more than 50% and get it to boot in about 1 ¾ minutes. You should see the level of respect I am now getting from the friend.

The Dell Inspiron also showed a significant boost in browsing speeds and the load time for various applications was impressive. Adobe Photoshop took about 15 seconds to completely load compared to a previous 24 seconds.

There was an instance when after scanning the PC the second time it revealed more issues than the previous scan which I cannot really explain. However, it’s not something I experienced when testing it on my computer.

My computer runs on an integrated graphics card so as you might imagine, it may not be the best when it comes to gaming. I have to deal with occasional lags when playing the more demanding games like FIFA 18. So I decided to optimize the RAM and hard disk before launching the game. Well, to my surprise the game loaded faster by 7 seconds and although there were still the occasional lags they were less frequent.

Based on the results recorded on the two computers I used in testing System Mechanics, I can tell you that it is a software that delivers what it claims. I also like the extra features that they have included on top of performance optimization like privacy protection and an easy way to backup and restore your computer. And the best part is that you can always revert any changes made to your system in case it interferes with the proper functioning of your system. Just click on the curved arrow at the topmost frame that is labeled Safety Net.

I also feel I should mention the biggest downside with iolo System Mechanic. Their customer support. First of all, they have limited contact options and then, I have come across various complains by users online who claim to have waited for very long periods before getting help. However, they do have a section of FAQ on their website that may offer helpful insights into some of the problems you may be having with the software. With all that said I do feel that USD 55.96 (Current price at the time of writing) is a fair bargain for this tool. The good news is that you will be able to use a single license on multiple computers as long as it’s not for commercial use.